Saturday Night Owls: The source of the next pandemic could be an industrial farm here or abroad 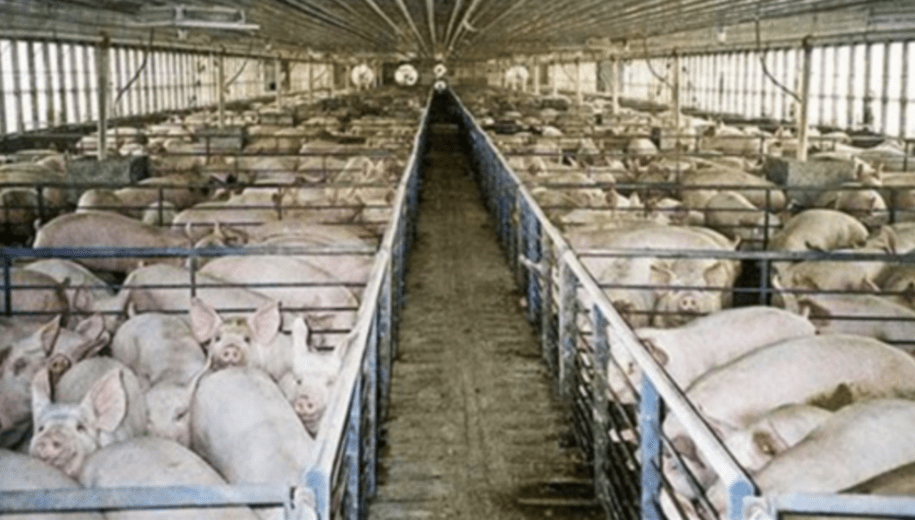 At Vice, Valerie Kipnis and Joe Hill write—The Next Pandemic Could Come From an American Factory Farm:

In the dead of night, four animal rights activists prepare to break into an industrial-scale pig farm in central California. They write lawyers’ phone numbers on their bodies with a Sharpie, their cell phones are locked away in signal-blocking cases to protect them from being tracked. After a 30-minute trek through almond groves under moonlight, they arrive at the pigpens and take out their gear: hazmat suits, N95 masks, flashlights.

They’re here to collect nasal and fecal samples to find the source of the next potential global pandemic.

These activists are part of Direct Action Everywhere, or DxE, a global grassroots network fighting for animal rights with some pretty intense tactics. The group gained notoriety for breaking into America’s industrial farms and publishing graphic footage of animal cruelty online, but the coronavirus pandemic has given them a whole new cause.

Now, rather than just filming conditions in farms, they’re testing the animals for signs of the next zoonotic virus—viruses like COVID-19, H1N1, the bird flu, and others that jump from animals to humans, and which have killed more than 2 million people around the globe since 1991.

“The reality is the fact that these places, these unnecessary disease factories are existing; that is where the risk comes from,” Lewis Bernier, the team’s leader, told VICE News. “We have been warning about the threat of pathogens from animal agriculture, and from pig farms especially, for many years now.”

Industrial-scale farming is a system of agriculture that produces low-cost, uniformly-packaged foods, like pork—the kind you see in most supermarkets across the country. The highly efficient and lucrative system originated in the United States but is now used worldwide. But this infrastructure is also a near-perfect breeding ground for novel viruses, of which at least 60 percent are zoonotic. […]

“It was the labor movement that helped secure so much of what we take for granted today. The 40-hour work week, the minimum wage, family leave, health insurance, Social Security, Medicare, retirement plans. The cornerstones of the middle-class security all bear the union label.”           ~~Barack Obama, The Fight for America’s Workers Continues (2010)

At Daily Kos on this date in 2017—Trump implies Sen. Gillibrand is a prostitute, adds Twitter attack for his assault victims:

Donald Trump started the day with a demeanment 2-in-1 in which he waved off both the Russia investigation and the voices of the seventeen (and counting) women who had spoken up about his sexual harassment.

Despite thousands of hours wasted and many millions of dollars spent, the Democrats have been unable to show any collusion with Russia – so now they are moving on to the false accusations and fabricated stories of women who I don’t know and/or have never met. FAKE NEWS!

But in case it wasn’t clear just what Trump thinks of women in general, he followed his first tweet with an attack on Senator Gillibrand in which he makes his views crystal clear.

Lightweight Senator Kirsten Gillibrand, a total flunky for Chuck Schumer and someone who would come to my office “begging” for campaign contributions not so long ago (and would do anything for them), is now in the ring fighting against Trump. Very disloyal to Bill & Crooked-USED!