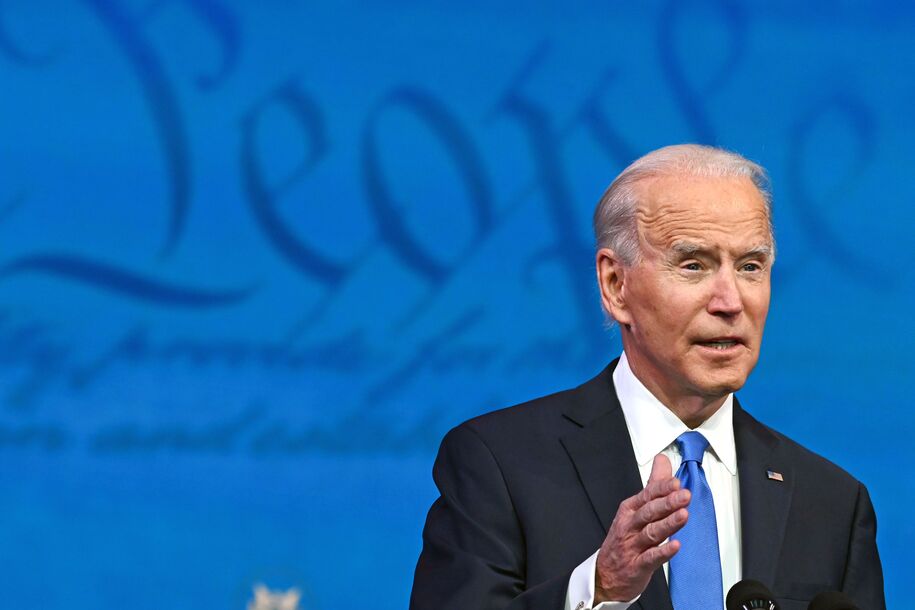 Biden hailed the work of so many people in making the elections run smoothly during the coronavirus pandemic, and in standing firm after the election to defend its result. “It was truly remarkable because so many of these patriotic Americans were subjected to so much: enormous political pressure, verbal abuse, and even threats of physical violence,” he said. “While we all wish that our fellow Americans in these positions will always show such courage and commitment to free and fair elections, I hope we never again see anyone subjected to the kind of threats and abuse we saw in this election.”

The election’s results were thoroughly tested, he emphasized. Trump’s challenges “were heard by more than 80 judges across the country,” and key states were recounted—in Georgia’s case, twice—with Biden’s win standing in every case.

This speech saw Biden more willing than he often is to directly confront not just Trump but the rot at the heart of the Republican Party.

”Even more stunning” than Trump’s “baseless claims about the legitimacy of the results,” Biden said, “17 Republican Attorneys General and 126 Republican Members of Congress actually signed on to a lawsuit filed by the State of Texas. It asked the United States Supreme Court to reject the certified vote counts in Georgia, Michigan, Pennsylvania, and Wisconsin.”

“This legal maneuver was an effort by elected officials in one group of states to try to get the Supreme Court to wipe out the votes of more than twenty million Americans in other states and to hand the presidency to a candidate who lost the Electoral College, lost the popular vote, and lost each and every one of the states whose votes they were trying to reverse,” he continued. “It’s a position so extreme we’ve never seen it before. A position that refused to respect the will of the people, refused to respect the rule of law, and refused to honor our Constitution.”

Biden did, though, extend a hand to congressional Republicans, saying “I am pleased—but not surprised—that a number of my former Republican colleagues in the Senate have acknowledged the results of the Electoral College.”

”I thank them,” he added. “I am convinced we can work together for the good of the nation.” And he reiterated his consistent promise to “be a president for all Americans.”

”I will work just as hard for those of you who didn’t vote for me, as I will for those who did,” Biden said.

Biden closed by acknowledging the passage of the “grim milestone” of 300,000 COVID-19 deaths.

My heart goes out to all of you in this dark winter of the pandemic about to spend the holidays and the new year with a black hole in your hearts and without the ones you love by your side.

My heart goes out to all of you who have fallen on hard times through no fault of your own, unable to sleep at night, weighed down with the worry of what tomorrow will bring for you and for your family.

But we have faced difficult times before in our history.

And I know we will get through this one, together.

And so, as we start the hard work to be done, may this moment give us the strength to rebuild this house of ours upon a rock that can never be washed away.

This is who we are as a nation.

This is the America we love.

And that is the America we will be.