Mike Pompeo can cry if he wants to: Only a few people showed up to his big holiday party 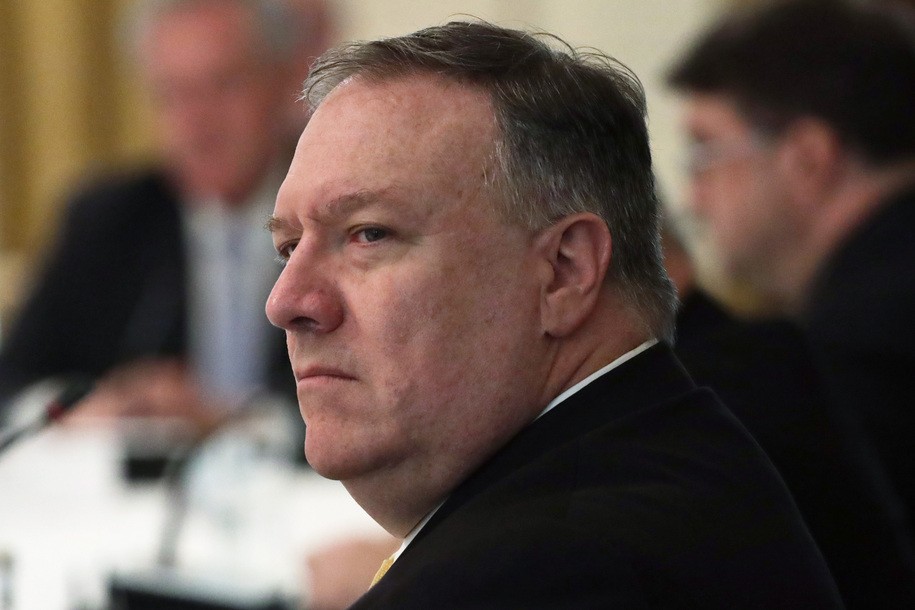 One of the drawbacks to being a miserably craven, scruples-free, power-hungry bully is that people tend to only want to be around you for a handful of reasons. These people—one could call them hangers-on, or sycophants, or minions—will put up with you because you either have real power or they perceive that you have power. The difference in results is miniscule. People like Secretary of State Mike Pompeo, and virtually everyone in the Trump White House, fit this personality description. Whether those folks listen to a Mike Pompeo because they are afraid of him or because they too are miserably craven and believe Pompeo to be the best route towards their own selfish goals doesn’t change the equation.

On Tuesday, Pompeo and his wife were set to host an ill-advised hundreds of persons holiday party—indoors. According to The Washington Post, of the “more than 900 guests invited,” only a few dozen people RSVP’d to the event “and even fewer showed up.” Normally these kinds of fancy events pull in a few hundred people, but Pompeo had two things going against him: there’s a goddamn out of control pandemic going on in the United States that has claimed over 300,000 American lives; and Mike Pompeo, like the rest of the Trump White House, is no longer a perennial dictator.

But there’s a cherry on top of this cake.

It turns out that even while most people were losing their RSVPs in their bathroom wastepaper basket, Pompeo himself was getting ready to cancel his appearance at this frivolous and dangerous event. Why? Let’s hear from a White House spokesperson: “Secretary Pompeo has been identified as having come into contact with someone who tested positive for COVID. For reasons of privacy we can’t identify that individual. The Secretary has been tested and is negative. In accordance with CDC guidelines, he will be in quarantine.  He is being closely monitored by the Department’s medical team.”

This comes just a few days after it was announced that Trump legal team stu-perstar Jenna Ellis had tested positive for COVID-19 after attending one of the holiday parties held by the White House on Friday. To be clear, the event was still attended by a few dozen people and while it isn’t clear who those people were, there is a very good chance many of them were State Department employees and possibly their families under pressure from their bosses. The exact number is not known, but a considerable number of people were likely obligated to work the event—champagne and table settings don’t pour and set themselves.

Pompeo’s ugly displays of vanity continue to be a danger to the public at large. This was not Pompeo’s first attempt to force people to make bad health decisions in the name of a holiday party. Last Tuesday, Pompeo’s State Department hosted a 200-person party. It’s important to remember that these are the last big luxury fancy parties that people like Mike Pompeo get to bill to the American taxpayer before these people crawl into whatever lobbying firm or other private interest they plan on taking a paycheck from once they leave office.

How’s that “smooth transition to a second Trump administration” been going, Mike?