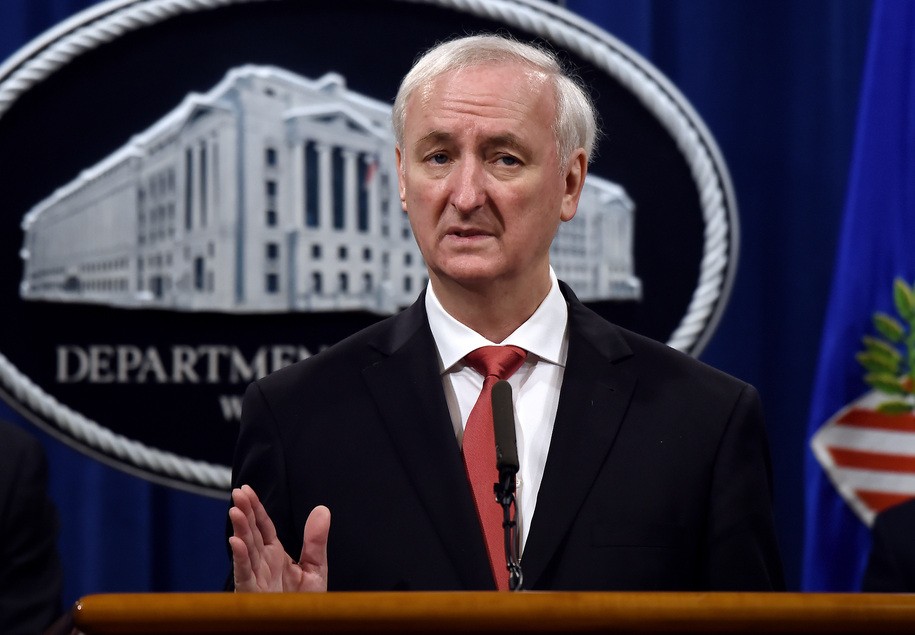 When Joe Biden was vice president, his son Hunter held the official post of nothing at all. When Joe Biden becomes president next month, Hunter will take on the role of doing just what he was doing when Biden was not president. Unlike Ivanka Trump or Jared Kushner, Hunter is not about to get a taxpayer paycheck as a very special adviser. Unlike Donald Trump Jr., Eric Trump, Lara Trump, and Kimberly Guilfoyle, Hunter Biden is not on the payroll with either Biden’s campaign or the party.

So, naturally, the Associated Press is reporting that Donald Trump wants the Justice Department to appoint a special counsel to investigate Hunter Biden. Why is Trump doing this? Because he wants to leave behind as much ongoing damage as possible to hamper Biden’s work over the next four years. Why now? Because Bill Barr is helpfully stepping aside so that Trump can get his own personal Christmas gift from incoming acting Attorney General Jeffrey Rosen.

Trump’s push to appoint a special counsel to investigate Hunter Biden makes no sense. Even should Biden’s sole surviving son turn out to have problems with his taxes, that issue is already under investigation with absolutely zero indication that it has any ties to any action by his father or any government official. Hunter Biden’s taxes are under examination. Period. Just as Donald Trump’s taxes are also under examination. Source have said that Hunter is not the target of a criminal investigation, and he has publicly admitted that his tax returns are being reviewed. There is not even an indication of a connection to his father.

Trump doesn’t want a special counsel because he believes that Hunter Biden did something wrong. He wants it because, as he tweeted himself, he wants to see that Biden’s term is “plagued by scandal.” And considering that post-Trump, the media will likely return to their standard of declaring scandals based on suit color or type of sandwich condiment, he may even get his wish.

Trump isn’t stopping with just one special counsel. He wants another to investigate his claims of election fraud—the same claims that have been rejected in court 60 times. Trump knows this counsel wouldn’t be doing anything that would actually affect the election outcome in 2020. He’s planting bombs that he hopes will cause enough damage to give him an edge in 2024.

If Trump can’t get Rosen to misuse his very temporary office for blatantly political purposes, Trump has a plan for that as well: just keep replacing the AG until he finds someone who will give him everything he wants. Trump is even looking into whether he can just skip the entire farce that this is something originating in the Justice Department and simply appoint a special counsel himself.

The answer to that question is: Of course he can. It may not be legal, but considering that a majority of House Republicans just signed on to an attempt to overthrow the election, what has legal got to do with any of this?