Crackin’ the kraken: Dominion warns Sidney Powell that actual attorneys are on the way 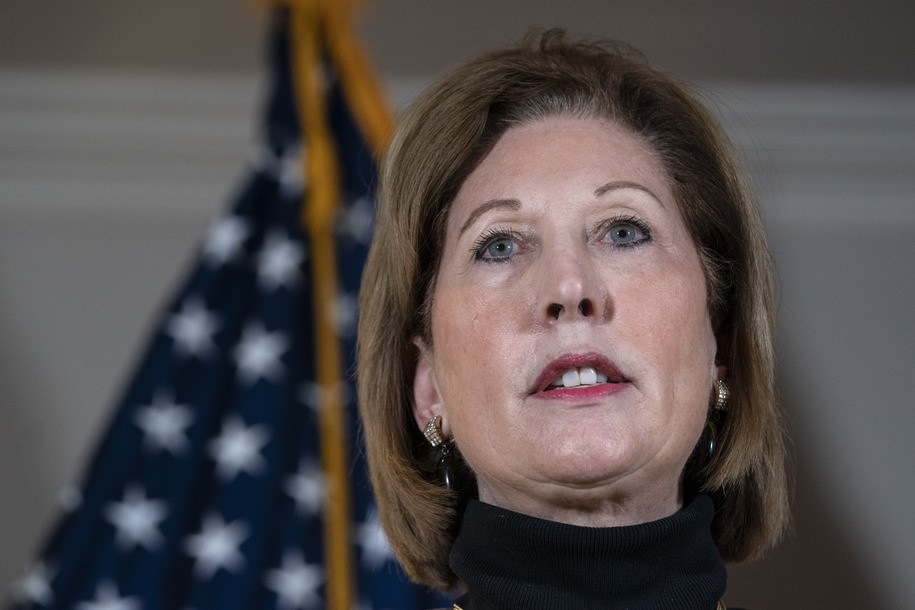 How much marinara sauce does it take to serve a deep-fried kraken? The world may be about to find out, as Dominion Voting Systems seems to have grown oddly tired of lies about how it was founded by Hugo Chavez, or conspiracy theories about how it secretly sends votes to a server in Germany. The Toronto-based company has served Donald Trump’s crack attorney Sidney Powell with what The New York Times describes as “a blistering letter” that is “a preparatory step to formal legal action.”

The letter accuses Powell—with absolute justification—of engaging in a campaign of “reckless disinformation” concerning Dominion and its voting tabulating machines. Not only has Powell attacked the company at Trump rallies and on a variety of right-wing media, she has signed her name onto what are now a whole flotilla of kraken lawsuits in which she accuses the company of all sorts of crimes. Now Dominion is firing back, and whether this reply counts as a harpoon or just a hook, it seems a lot more likely to find its target in court.

At this point, Powell has filed a series of lawsuits—a series of highly unsuccessful lawsuits that have been dismissed from courts with both official “prejudice” and semi-official laughter. But Dominion’s attorneys aren’t finding much of this to be funny. As the letter notes, Powell’s claims are not only “predicated on lies,” they have also “endangered Dominion’s business and the lives of its employees.”

As ABC News noted in November, the conspiracy theories centered on Dominion spread by not just Powell but by Trump have lead to endless harassment and threats against the company’s employees. Trump retweeted more than a dozen lies in a week describing the company as part of a conspiracy to “flip votes to Biden” and calling the company “horrible.” The lies from Trump and Powell have led to not just threats against Dominion and its workers, but against state and local election officials, even in areas where the machines are not used.

Dominion’s letter to Powell demands that she publicly acknowledge that several of her lies are lies. That includes claims that Dominion was created in Venezuela to make sure that dictator Hugo Chavez always won. As Dominion puts it, Powell is aware the company has no connection to Venezuela or Chavez or “Big Foot or the Loch Ness monster.”

So far, Dominion’s letter seems to have accomplished something amazing … Sidney Powell has been silent. But if she fails to step forward and disown the lies she’s been spreading for months, it seems very likely that she’s going to find herself in court Real Soon Now playing the role of defendant.

Some free advice for Powell: The old saying is that an attorney who chooses to represent themselves “has a fool for a client.” That would be especially true in this case.