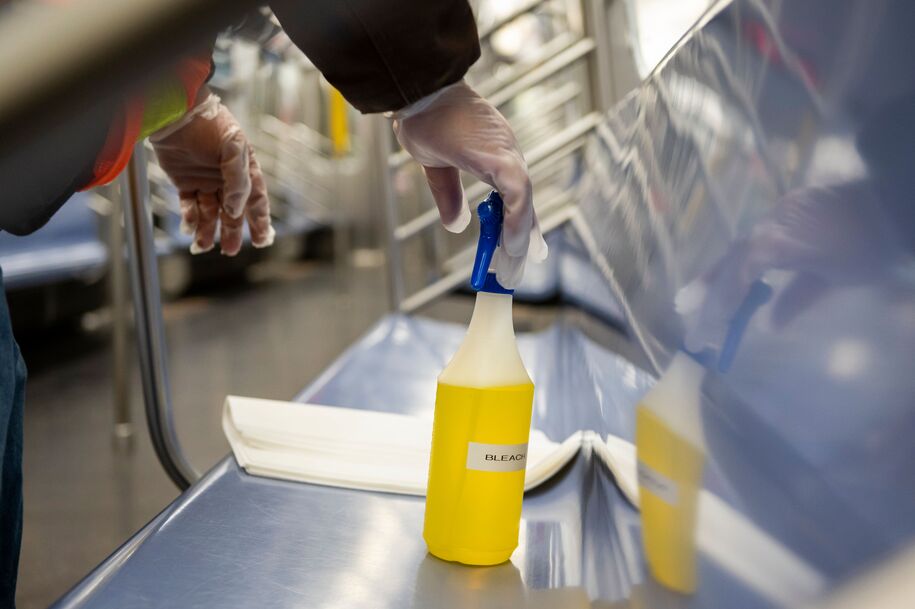 COVID-19 isn’t the only thing looming over immigrant workers who have cleaned New York City’s subway car system even before dawn breaks. Some have faced stolen wages, sexual harassment by superiors, and lack of the cleaning products and protective gear they need do to their jobs safely. But unable to complain, their only option has been to just quit.

That’s been strategic on the part of the companies that sought them out. “To enrich their own bottom lines,” The American Prospect reports, private contractors who won hundreds of millions of dollars—at least $371 million, to be exact—from the Metropolitan Transportation Authority to disinfect public transit in turn hired immigrant workers, “who, contractors know, have little recourse if underpaid or abused on the job.”

Recent findings from the Center for American Progress showed that as many as 5 million undocumented immigrants—“nearly 3 in 4 undocumented immigrants in the workforce”—are essential workers amid the pandemic, in roles from agricultural laborers, to medical care professionals, to professional cleaners. Some immigrants in New York City, tasked with cleaning the subway car system nightly from 1 AM to 5 AM, are also facing abuses on top of the virus.

One worker told The American Prospect that she witnessed a supervisor nearly hit her coworker for using the restroom. “I got to the bathroom at 2:30, and by 2:32, I was already leaving the bathroom,” the coworker, “Maria Torres,” said in the report. She said she was in disbelief when the supervisor began to berate her, raising his hand as if he was going to hit her before then walking away. “Listen to me, I’m not an animal,” Maria said she yelled after him. “I’m a human being. And we all have needs, and so do you.”

Other workers have described a toxic environment of “male supervisors openly making lewd comments about women as they worked,” while others have seen as much as $5 stolen off their hourly wages. “Workers have constantly been threatened with retaliation,” New Immigrant Community Empowerment worker rights director Sara Feldman told The American Prospect. And apparently, no recourse for some fired without cause, like Torres eventually was: “Despite the windfall private contractors have raked in from the MTA’s coffers, the transit authority has no oversight over their hiring and firing practices,” the report said.

The American Prospect reported that contractors were initially brought into the fold in the spring when the virus was affecting a large number of the MTA workers who usually did the cleaning. “The MTA’s decision to continue to employ contract workers to this day—well beyond the springtime COVID-19 peak when many MTA employees could not report to work—has enraged Transport Workers Union Local 100, which represents the city’s subway and bus workers,” the report continued.

Survival checks from the federal government would benefit many immigrant workers who have no choice but to put up with abuse, yet all that’s being discussed is perhaps a one-time pittance that, if it’s anything like the one other round of relief, won’t go to undocumented families, or even mixed-status families. In the meantime, Latinos are seeing rising numbers of cases, many because of their jobs as essential workers.

The Los Angeles Times reported earlier this month that data showed the death rate among Latino residents in the county has been worsening as the community has already been devastated by the pandemic. The report said that Latino residents have represented nearly half of California’s nearly 20,300 COVID-19 deaths as of Dec. 9, “even though they represent only 38% of the state’s population, according to state data. They also represent 58% of total coronavirus cases.”

“Immigrant workers have absolutely been the hardest hit by the pandemic since the very beginning,” Feldman tells The American Prospect. “Either they are forced to work and are therefore exposed to the virus, or they have lost their jobs and are not able to count on any government support or relief. Due to this situation, many immigrant workers have been forced to take exploitative, underpaying jobs in order to make ends meet.”