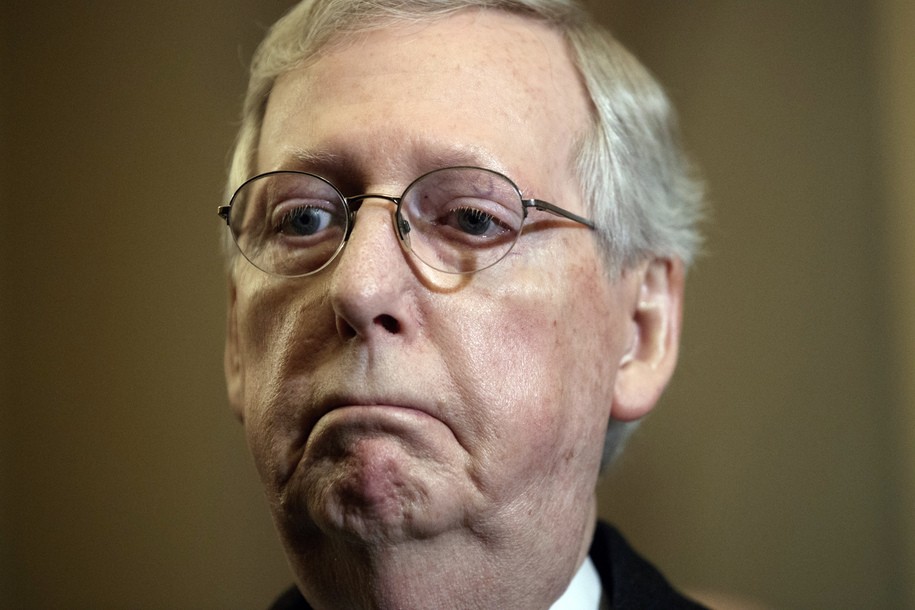 It was expected, once Donald Trump shuffled off stage taking with him plans to overthrow the government and collaborate with dictators, that Republicans would set the outrage bar back to the point where suit color or condiment choice were rant worthy. Just like Republicans can be expected to miraculously recover the ability to comprehend the word “deficit.” What’s surprising is just how fast this reset of delicate sensibilities is kicking into gear.

On Wednesday evening, Republicans dragged their fainting couches out of storage, dusted them off, and promptly sprawled full length in trembling concern because … Joe Biden’s choice to be White House deputy chief of staff called Republicans in Congress “f*ckers” in a yet to be published Glamour Magazine interview. Sorry, folks in the Northeast. Before you take your children out to play, be advised that that’s not a blizzard outside. It’s just Republicans returning to their snowflake form.

As Axios reports, there is widespread concern because Jen O’Malley Dillon called Republicans on Capitol Hill … one of the kinder terms she might have used. Considering that a quick search finds 41 times that Donald Trump referred to people as “idiots” it would seem that Republicans have a decidedly unidirectional thin skin. There are also the 246 times in the last few years that Trump tweeted about someone being “stupid,” including the time when he talked about Pennsylvania Gov. Tom Wolf’s “stupid wife.” It’s unclear whether this is worse than when Trump insulted Ted Cruz’s wife, which apparently caused Cruz to swear his undying affection. Maybe that, like Trump’s comments to Access Hollywood, was all just “locker room talk.”

According to the Axios story, some donors to Biden are also concerned. They feel like Jen O’Malley Dillon should apologize “to Biden and perhaps to congressional Republicans,” because her statement doesn’t fit with the idea of Biden trying to bring the nation together.

Here’s the problem with those donors … they are also f*ckers.

Yes, Joe Biden intends to run a White House that’s not just progressive but positive, with an intention of showing concern for healing the rift that Trump has spent the last four years prying open with crowbars of racism, intolerance, and generic hate. But that rift will not be healed by ignoring it, or by ignoring how Republicans on Capitol Hill didn’t just stand by, but brought buckets of salt for the wound. You don’t get past a crime by refusing to recognize the criminals.

The Republicans that Biden’s incoming deputy chief of staff called out are those who have aided and abetted Trump in demeaning the press, diminishing the role of medical experts in a time of crisis, and exacerbating both racism and intolerance of the LGBTQ community. Preventing Jen O’Malley Dillon from leveling a nice, meaty Anglo-Saxon term their way isn’t healing a wound, it’s pretending that these people—126 of whom just signed on to an attempt to explicitly overturn the government—are not complicit in Trump’s actions.

Even if these sensitive souls are convinced that America needs a truth and reconciliation committee more than it needs to spend the next four years on an oh-so-satisfying quest to see that everyone who helped Trump grease the slope to authoritarianism gets their day in court (and months in jail), truth and reconciliation starts with truth. Jen O’Malley Dillon was just delivering the truth.