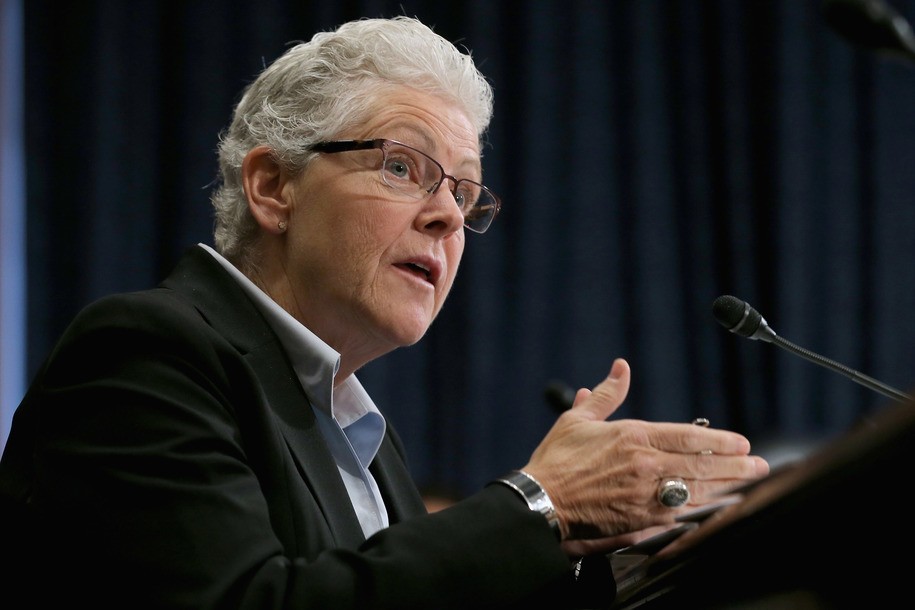 As widely reported earlier this week, President-elect Joe Biden has chosen former Michigan Gov. Jennifer Granholm to run the Department of Energy (DOE) and former Environmental Protection Administration Chief Gina McCarthy to run a new White House office on climate change. Both women have strong environmental records and can be expected to be assertive key figures in the Biden administration, which is making the climate crisis a top priority. Granholm must be confirmed by the Senate, but McCarthy does not. McCarthy will operate as a domestic counterpart to former Secretary of State John Kerry, who Biden picked to be the administration’s international envoy on climate policy.

On Tuesday, Biden nominated Pete Buttigieg, the former mayor of South Bend, Indiana, and former Democratic presidential candidate, to serve as secretary of Transportation, another department where climate will be at the forefront of policy changes as this sector of the economy becomes ever more electrified.

Granholm’s experience with the auto industry as governor could be a major plus in the effort Biden has pledged to reach net-zero carbon emissions by 2050. Paul Bledsoe, who served as a climate adviser in the Clinton White House, told Lesley Clark at Energywire, “There’s nothing more central to that than Michigan and other industrial states. Her being in the administration makes a lot of sense; she has experience with this.”

With ever more coal-fired power plants being shuttered and replaced with renewable energy sources or natural gas, the transportation sector of the economy generates more carbon emissions than the power sector now, and the promise of putting millions of electric vehicles on the road makes the work of the Energy Department‘s research and development into advanced vehicles and batteries all the more important.

Granholm was formerly a policy chairwoman of the Democratic Governors Association, and her connections from that work could also help Biden with the states, said Dan Reicher, who worked as assistant DOE secretary for energy efficiency and renewable energy under President Clinton and on the energy transition teams for Clinton and President Obama.

“States are really important in energy and climate policy, from renewable energy standards to 50 state public utility commissions and energy efficiency programs,” Reicher said. “In an era where we’re likely to see more gridlock in Washington, D.C., we’re going to need state efforts even more, and someone who was a governor of a large and important state brings a lot to that.”

During the Obama administration, EPA Chief McCarthy took tremendous flak from Republicans during hearings on the Clean Power Plan and other policies that climate science deniers in Congress wanted to squelch in favor of fossil fuel business as usual. She just became president of the Natural Resources Defense Council in January and at first had turned down the White House offer. But the 66-year-old McCarthy is known for a tough fighting spirit and she wanted, sources told E&E News, to get back into the fight over climate policy.

McCarthy has years of experience in environmental policy at both the state and federal level. At the EPA, she oversaw the development of Obama’s Clean Power Plan, designed to reduce carbon dioxide emissions from coal-fired power plants. That proposal was temporarily blocked by the U.S. Supreme Court, and then the Trump regime replaced it with a much weaker regulation. McCarthy was once a commissioner of the Connecticut Department of Environmental Protection and helped develop a regional program to reduce greenhouse gas emissions.

Her new job will entail coordinating the federal government’s efforts to address climate change at the EPA and the departments of Interior, Agriculture, Transportation, Energy, and Treasury, as well as the Council of Economic Advisers and the National Economic Council.

“Every department in the Biden administration should be centering climate action and clean energy in their federal policies and investments,” McCarthy tweeted earlier this month. “And they should do it in a way that continues to advance labor interests and environmental justice in communities across the country.”

At this critical moment for our climate, we are thrilled that Gina McCarthy will take on this important leadership role in the Biden administration. As EPA administrator and at NRDC, she has been a powerful advocate for protecting public health and advancing climate action.

President-elect Biden understands that to tackle the climate crisis, we must mobilize every part of the federal government. McCarthy brings the experience, expertise, and commitment that is needed to implement his ambitious climate agenda. We look forward to continuing to work with her to advance climate solutions centered in justice and equity, and a pollution-free, 100% clean energy future for all.”

“Gina McCarthy is a proven climate advocate with the experience to hit the ground running and coordinate an all-of-government response to the climate crisis. She’s been a strong champion for fossil fuel divestment in recent years, and made clear that the fossil fuel era is coming to a close. And she has increasingly recognized the critical importance of environmental justice in climate policy, which should serve her well in this role in the Biden administration.

“Jennifer Granholm is an experienced leader with a strong record of support for renewable energy and opposition to the disastrous Keystone XL and Dakota Access oil pipelines. She understands the urgency of the climate crisis and the need to confront the fossil fuel industry, previously stating, ‘We ought to be doing everything we possibly can to keep fossil fuel energy in the ground and develop renewables.’

Not all environmental groups are gung-ho for McCarthy. At the Center for Biological Diversity, for instance:

“McCarthy’s No. 1 job as climate coordinator is to make sure the entire federal government takes bold, urgent action to confront the climate crisis. Unfortunately, during McCarthy’s tenure at the EPA, she enacted far too many timid half-measures that merely tinkered around the edges,” said Brett Hartl, the group’s government affairs director. “We hope she’ll push immediately for the bold climate action that is desperately needed now.”