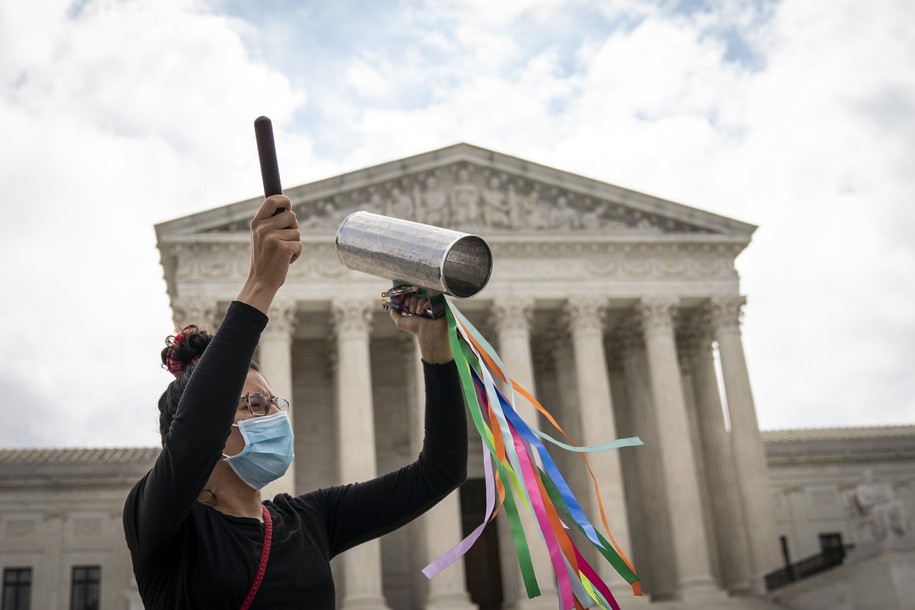 The Supreme Court has by a 6-3 vote dismissed the legal action against the Trump administration’s mission to erase undocumented immigrants from the count in order to affect apportionment of House seats, apparently claiming its too early to challenge the obviously unconstitutional policy he’s been trying to implement. “The liberals dissent on all fronts AND say Trump’s policy is illegal,” legal observer Mark Joseph Stern said.

“The Supreme Court majority’s dodge in the case keeps alive a far-right passion project to fundamentally change who gets representation in the United States,” Talking Points Memo said. “Even if Trump does not succeed in implementing the policy due to logistical issues that have arisen, Friday’s decision sets the table for a future administration to try again during the next census.”

Those “logistical issues” include the possibility that “processing anomalies” will delay initial numbers until possibly Jan. 26—just days after President-elect Joe Biden takes office. But it’s all a big giant maybe, because New York Law School professor and census expert Jeffrey Wice told the Associated Press last month there’s the possibility of Trump using his remaining power to just put in a new person “who will do whatever Trump wants him to do.”

And of course, the Supreme Court’s ruling could just bolster that effort. Advocates say they’re ready to continue pursuing the case if Trump continues with his anti-immigrant policy, which has been repeatedly blocked in lower courts. In a statement received by Daily Kos, the American Civil Liberties Union’s Voting Rights Project stressed the high court’s ruling “is only about timing, not the merits.”

“This ruling does not authorize President Trump’s goal of excluding undocumented immigrants from the census count used to apportion the House of Representatives,” Director Dale Ho said. “The legal mandate is clear—every single person counts in the census, and every single person is represented in Congress. If this policy is ever actually implemented, we’ll be right back in court challenging it.”

“The Supreme Court just ruled that our lawsuit challenging the Trump administration’s plan to exclude undocumented immigrants from the census was premature,” the ACLU tweeted. “This fight isn’t over. If this policy is actually implemented, we’ll see them right back in court. ‘Premature’ means that SCOTUS ruled that until Census numbers are reported, we won’t know if Trump will be able to exclude undocumented immigrants, and if he does, how that will impact electoral representation. Until we know, the Justices ruled not to decide on the case.”