For the wealthy and connected, COVID-19 is a completely different disease 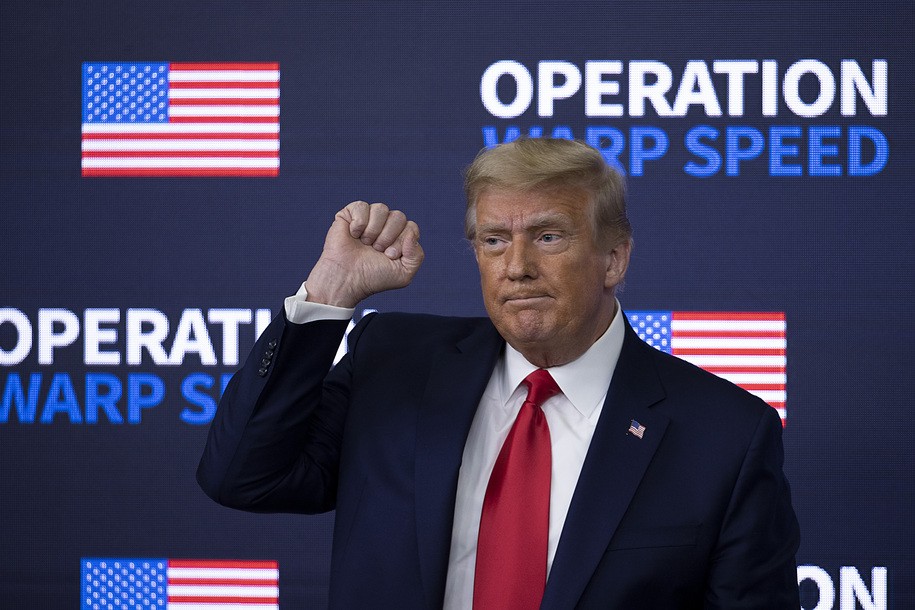 From the outset, Donald Trump has worked to downplay the threat from COVID-19. That’s not a conjecture. Trump openly admitted as much to Bob Woodward. “I wanted to always play it down,” said Trump. “I still like playing it down, because I don’t want to create a panic.”

The case fatality rate of COVID-19 in the United States is 1.8%. That number has, despite two big surges, been coming down slowly since the 3.5% number that defined the initial wave of cases. The biggest reason for that drop isn’t that we’ve learned something new about treating COVID-19 patients — though increased use of non-inflammatory steroids on patients getting respiratory care has made some difference. The biggest improvement is simply that the hospitals are nowhere as overwhelmed as they were around New York City in those early days.

As the fatality rate has been dropping, the percentage of patients who become hospitalized has also decreased slightly, but that’s not a good thing. The reason for that slight decrease in COVID-19 patients being hospitalized isn’t that fewer patients are become severely ill. It’s that overcrowded hospitals are raising the bar for who gets admitted. The more overrun the healthcare system, the higher that bar goes.

In areas where the healthcare system is under strain in normal times, like communities of color and poor rural areas, that bar is getting very high. Which means that people who are desperately ill, are not getting adequate care. The result of this can clearly be seen in the age of those dying from COVID-19. Black, Latinx, and Native Americans are dying from COVID-19 at a younger age than whites. The difference is in decades, and it represents a large difference in healthcare availability. From the beginning, it’s been clear there was a difference in the fatality rate in communities of color and white communities. This isn’t some effect of the virus vs race. It’s simply because there are fewer hospital beds, fewer ICU beds, and less appropriate care available to people of color, especially poor people of color. For Black Americans, that means that they are dying from COVID-19 about a decade younger than White Americans. For Native Americans, it means they are dying twenty years younger.

The reason for this is simple. While the rate of hospitalization for COVID-19 drops by age, with those in their 60s being hospitalized at a rate almost three times that of those in their 30s, once in the hospital all age groups face similar levels of risk when it comes to needing transfer to the ICU and breathing support. About a third of those who need to be hospitalized for COVID-19 will need ICU-level care. That’s true even for the 2.5% of those COVID-19 patients hospitalized under the age of 18.

While the overall case fatality rate of COVID-19 has dropped to 1.8%, the death rate from untreated COVID-19 remains around 10%. The more strain there is on a community healthcare system, the closer the fatality rate trends to that maximum number. Black, LatinX, and Native Americans are dying younger because the healthcare available to them is simply inadequate.

Here’s another way of looking at it: With monoclonal antibody treatment, a 75-year-old man has about the same chance of being hospitalized for COVID-19 as someone who is 18 without the treatment. That’s the scale of the difference this treatment can make.

So why doesn’t everyone get monoclonal antibodies? Because it’s rare and expensive. Both Regeneron and Eli Lilly together have so far only produced about 300,000 doses world wide. It’s also expensive—about $1,500 per treatment. Trump may have promised to make this treatment available to “everyone for free,” but in fact the government has only ordered 300,000 doses, about half of which have been delivered so far. No one is “warp speeding” this to patients everywhere. There are barely enough doses available to treat all the people who are tested positive in the United States in a single day. Doses have been distributed, with states left to decide who gets the treatments available, but they are both rare and unevenly spread.

Could monoclonal antibodies be saved only for those who are in the most dire circumstances? They don’t work that way. To be effective, the antibodies have to be given early. So other than trying to get them to people who are at high risk, there’s little that can be done to target the treatment toward those who might benefit most. In fact, the FDA’s EUA for these drugs does not even allow them to be given to patients who are at the stage of needing breathing assistance … which makes it odd that Trump received his while also needing oxygen.

So who gets it? The answer is: The wealthy, powerful, and connected. Of course. Rudy Giuliani gets it. Chris Christie gets it. Ben Carson gets it. And absolutely Trump gets it. In fact, Trump got the equivalent of four normal doses.

The result of all this is that COVID-19 policy decisions are being made by people who are essentially immune to the consequences. For them, the disease really is not much more threatening than the flu. They are older men for whom this disease is no greater threat than it is to their grandchildren.

They can laugh at it.  At you.

They can design policies that melt away communities of color whose healthcare was inadequate in normal times.  And they can absolutely know they’ll be first in line for vaccines.