Markos on The Dean Obeidallah Show: The authoritarian playbook, hidden deplorables, and what’s next 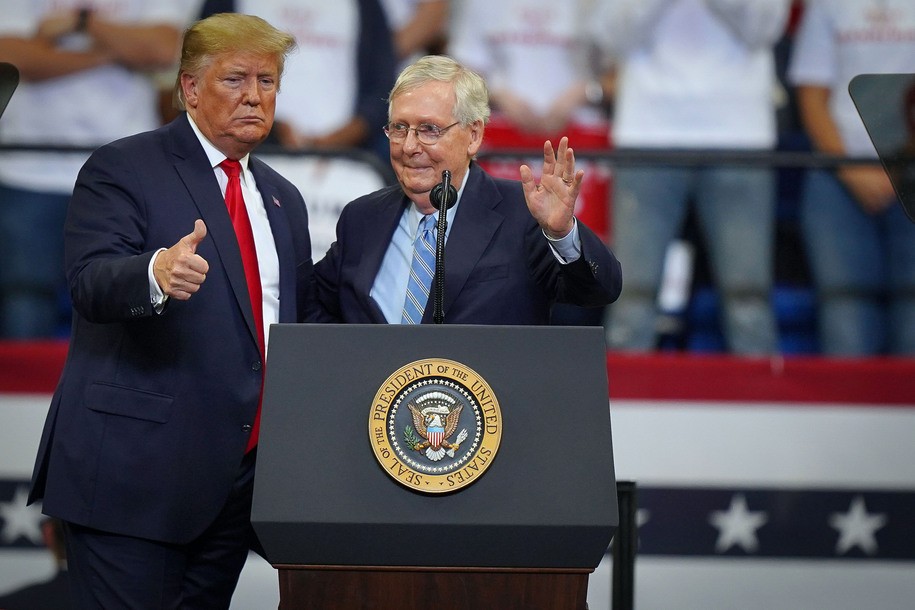 Earlier this week, Daily Kos founder Markos Moulitsas joined Dean Obeidallah on his SiriusXM show to discuss where we go from here. With the Electoral College having certified the election win for Joe Biden and Donald Trump’s remaining paths to legal challenges effectively closed, where do Democrats go from here, and what happens for the GOP when Trump is no longer on the ballot?

The pair chatted about how Trump has laid a path for more competent authoritarians in the future and what will happen with “hidden deplorables” and other Trump supporters who still refuse to accept that Biden won the 2020 presidential election. Hidden deplorables, Markos explains, are the kinds of people who have no interest in issues or coalition building: “They’re just interested in tearing stuff down.”

[These people] aren’t Republican—they’re not even conservative … and [all of our systems] have failed them. Donald Trump comes in, saying I’m going to destroy everything—drain the swamps, destroy norms, destroy tradition. These people don’t care about policy, they care about destroying the world, dragging everybody else down to their level. That’s why, when Trump says “vote for this Republican,” in Louisiana or in Kentucky like he did in 2019, they didn’t turn out. They have no interest in building anything.

The voters are typically undercounted by pollsters and did not turn out in large numbers during the 2018 midterms. What’s more, their turnout has been further depressed by rhetoric surrounding the “stolen” election. This makes organizing them extremely difficult, and the GOP cannot count on this group of people to vote consistently for their candidates moving forward. As Dean noted, this could make things very interesting in the Georgia runoff elections.

Markos also mentioned a major concern regarding the potential of a more competent leader who comes along after Trump and uses the same authoritarian playbook—they could have much more success. With the amount of vitriol, hatred, and rage Trump has stirred up—particularly among white supremacists and white nationalists—there is a very real threat of violence, he explained. As Markos said, “I’m worried about the next person who comes in and taps into that more effectively and more smartly.”

With the upcoming Senate runoff races, Dean noted that these contests could mean the difference between an empowered Biden administration that is able to enact meaningful change and a Biden administration that is blocked by the Senate at every turn. However, Markos feels hopeful about the organizing that’s happening with Black, Latino, Asian, and Native-led groups on the ground in Georgia—and he sees a path to victory.

You can listen to the segment below: