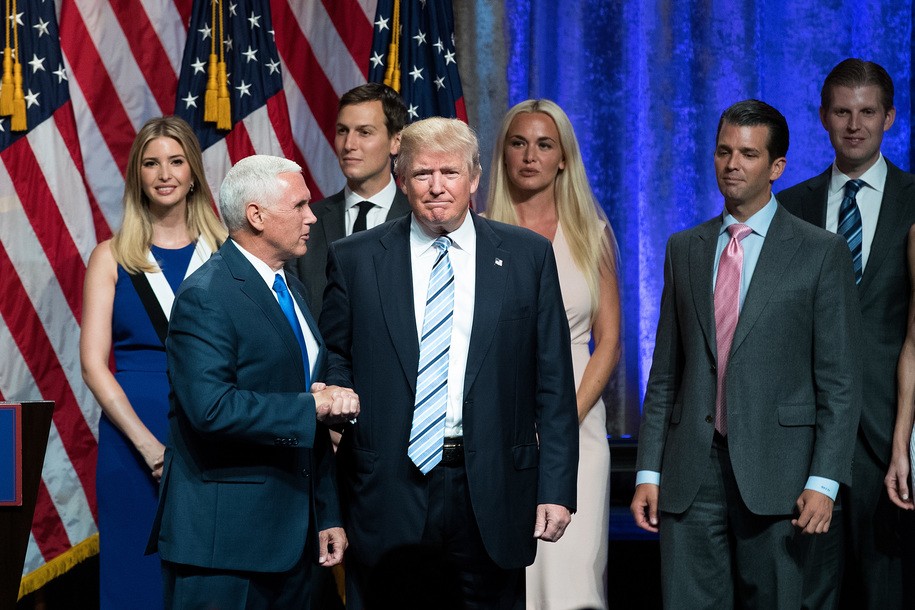 Pandemic deaths in the United States have now topped 300,000, so you can guess where the Trump administration’s attention is focused in its waning days. That’s right, showerheads. The administration has just finalized Donald Trump’s perhaps greatest infrastructure achievement, rolling back water efficiency standards to allow rich people to waste more water than you do.

Specifically, the new rule keeps in place Congress’ mandated 2.5 gallon-per-minute maximum water usage for showerheads—it being required by Congress, after all—but modifies the rules so that “fixtures” with multiple showerheads can have each head dispensing that maximum amount, side-by-side-by-side, rather than having to limit itself to 2.5 gpm in total. Put four showerheads on the same bathroom “fixture” in past years, and the fixture would still be required to use only 2.5 gpm when fully open. No longer.

As you can tell, this is a rule that will apply almost exclusively to people with Much Better Showers Than You. The current trend in fancy is to fill a shower with six or eight heads, all from different directions, so that the showerer does not have to rotate their lazy ass even slightly in order to be fully immersed in water. If you have any bathroom not custom-constructed to your specifications, you probably don’t have this. It’s largely a luxury feature, though you can recreate the experience rather easily with a bucketful of pipe fittings or, if that’s still too much work, a yard sprinkler and a hose. To each their own.

The best part about this new rule, however, is not the Trumpite Energy Department skirting prior congressional mandates through creative tweaks of language, it is the sheer, raw, soggy pettiness of the move. It comes from Donald Trump, personally. Donald Trump had the powers of the presidency handed to him, and he was apathetic at best about pandemic deaths, saw national security primarily as a tool for self-enrichment, and showed such complete disinterest in each underling’s policy moves that he was at near-total loss to explain any of them during public appearances.

But this? This, Donald Trump insisted on. Given the supreme powers of the United States presidency, Donald Trump used them to apply pressure on regulators over all matters of housely excretions. He had strong opinions on the flushing power of toilets. He returned time and time again to anecdotal housewife complaints about washing machines and clothes dryers. He complained bitterly to public audiences about The Showerheads These Days.

A hotelier and off-and-on casino kingpin, the man was obsessively interested in using his new powers to create bathroom fixtures more to his own personal liking. He had to flush toilets twenty times after using them, he groused. Rather than seeing a doctor about that, he declared that America must instead develop new toilets capable of handling his wealthy byproducts.

And by God he actually followed through. He had his underlings follow up on those things. He demanded it. His disinterest in the plight of U.S.-allied Syrian Kurds, his unwillingness to even acknowledge foreign bounties on U.S. troops, the government-wide enforcement of his own personal belief that a worldwide pandemic was being acknowledged and responded to primarily as partisan measure intended to make him look bad—the man could not be coaxed into learning about any issue or any crisis that his staff could not provide in picturebook form.

But given the power to bend all of U.S. government to his will, he set about to nickel-and-dime the Secret Service into renting carts at his private clubs, nudged supplicants to purchase club memberships or book events in his Washington, D.C. hotel, and launched a rally-based crusade to demand that things that spray water at him spray more water at him, and things that flush water away from him flush more water away from him.

Nobody was asking. There were a few conservative diehards, perhaps, the sort that declared new lightbulb efficiency standards to be treason and who adopted as ideology the notion that making any acknowledgement of the dangers of humanity’s planet-deforming footprints would somehow lead to communism, and they were happy to let Trump borrow a cup of spittle for that particular cause, but the Toilet Crusade and Battle of the Bulging Showerheads both were Trump inventions.

Other national leaders have brought their extensive knowledge of our nation’s legal systems, regulatory structures, economic premises, or mere raw charisma to bear on the nation’s problems. Trump knows color swatches and plumbing. His innovation on border security was to demand the border fence be painted black, so that it would get hotter. His innovation on energy and resource extraction was to demand that his bathroom fixtures be Made Great Again.

C’mon now. You can’t say that isn’t a fine capper to the worst presidency in American history. Even know, we are left wondering how many times Biden will have to flush before Trump spirals out of the White House; the man is committed to the bit.