‘We don’t need stories about these people’: Kansas City newspaper confesses to tradition of racism 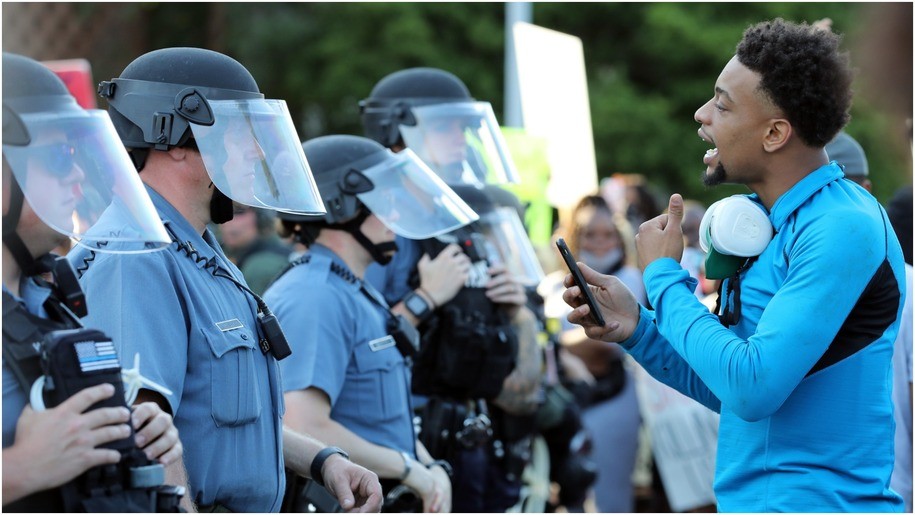 The editor of a leading Missouri newspaper, The Kansas City Star, made the kind of confession Sunday that media organizations throughout the country should be mimicking. In an editorial dubbed “The truth in Black and white: An apology from The Kansas City Star,” Mike Fannin wrote that the newspaper that has been “one of the most influential forces” shaping the Kansas City region for 140 years “disenfranchised, ignored and scorned generations of Black Kansas Citians.”

Taking the advice of education reporter Mará Rose Williams, the newspaper editor revealed that what started as “an honest examination” of its history evolved into a six-part project poring over “thousands of pages of digitized and microfilmed stories” dating back to the newspaper’s founding in 1880 and interviewing Missourians who had lived through some of the city’s historic events. Staff members compared coverage from The Star with that of Black publications including The Kansas City Call and The Kansas City Sun.

“Reporters were frequently sickened by what they found — decades of coverage that depicted Black Kansas Citians as criminals living in a crime-laden world,” Fannin wrote. “They felt shame at what was missing: the achievements, aspirations and milestones of an entire population routinely overlooked, as if Black people were invisible.” The editor said the positive tradition of receiving the city newspaper with enthusiasm wasn’t accessible to Black families. “Their children grew up with little hope of ever being mentioned in the city’s largest and most influential newspapers, unless they got in trouble,” Fannin wrote.

Then, in heartbreaking detail, he gave an account of the newspaper’s oversight of legendary jazz saxophonist Charlie “Bird” Parker, who was from Kansas City. He “didn’t get a significant headline in The Star until he died,” Fannin wrote, “and even then, his name was misspelled and his age was wrong.”

“But white businessman J.C. Nichols got plenty of ink,” Fannin added. “His advertisements promoting segregated communities ran prominently in The Star and (its sister paper The Kansas City Times.)” And during the nationwide fight for civil rights in Black communities, Roy Roberts, editor at the time, reportedly said: “We don’t need stories about these people.”

Fannin apologized for the newspaper’s history, but more importantly he described projects it had already started to forge ahead on that follow a more inclusive path. The paper hired a race and equity editor and took on a two-year project on how distrust in the police among people of color contributed to gun violence in a state ranked No. 1 in the number of Black people killed as a result of gun violence. The work was inspired by protests responding to the arrest of George Floyd, a Black man killed on May 25 when a white Minneapolis cop kneeled on his neck for more than eight minutes. Similarly, the Los Angeles Times confessed to its own shortcomings in coverage with an editorial in September that newspaper owner Dr. Patrick Soon-Shiong headlined: “The Times’ reckoning on race and our commitment to meaningful change.”

“This news organization can succeed only to the degree it engages, examines and accurately reflects the city and the region. Much of its best work has succeeded because it has done that. But over its history, The Times has also mirrored, and in some cases propagated, the biases and prejudices of the world it covers, reflecting and shaping attitudes that have contributed to social and economic inequity. Today, we are beginning the process of acknowledging those biases of the past and taking positive action to affirm a commitment that our newsroom will not tolerate prejudice.”

The @KCStar took an extraordinary step today, launching a 6-part series examining the role it played in disparaging African Americans, calling out its own racism. The Star isn’t alone. Will other major newspapers step up? The proof is in your archives. https://t.co/4mgdOo7UIm

Kansas City Mayor Quinton Lucas called Fannin’s editorial “a positive step” and added that more is needed. “Now I hope my friends in the local TV news business do the same,” he tweeted Sunday. Pulitzer Prize-winning journalist Wesley Lowery tweeted Sunday: “I say this every time one of these critical self examinations happens: every news organization should do this.” Podcaster Jay Scott Smith tweeted Sunday: “I wonder how many news organizations (not just daily papers) would do an honest and raw assessment of themselves and their history like what the @KCStar has done here? This isn’t a rhetorical question.” Journalist Soledad O’Brien tweeted Monday: “This is soo remarkable that I am encouraging everyone to read it:”

The Star covered the crime, but didn’t cover the culture of Black Kansas City. An incredible, must see video via @KCStarShellyhttps://t.co/LSUI4T8Hsp