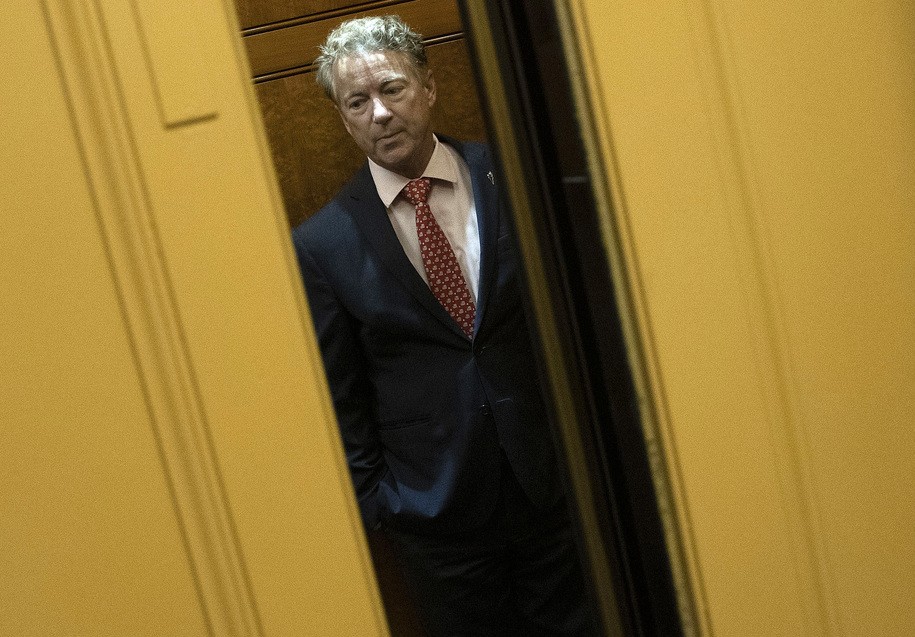 The business of passing  pandemic relief and spending for fiscal year 2021 done, the Senate disbanded for the remainder of the week. That is, all but one. Of course it’s Sen. Rand Paul who decided to stick around and force the clerks and staff of the Senate to remain in the chamber, being exposed to him.

Meanwhile, @RandPaul is hanging out of the Senate floor (maskless) so that he can block the Senate from adjourning for the night & establishing a pro forma schedule. He’s trying to make it harder for the Senate to (eventually) override a veto of the NDAA. Everyone else is gone. pic.twitter.com/h75dmIPOaT

Trump has yet to veto the National Defense Authorization Act, and may not. For whatever reason, Paul wants to help him disrupt everything on his way out. So he’s just being a general pain in the ass, and fighting a bill that contains troop pay. Two weeks ago, he was threatening a government shutdown. Now he’s grandstanding on this. “I very much am opposed to the Afghan war, and I’ve told [leadership] I’ll come back to try to prevent them from easily overriding the president’s veto.” So Monday night’s performance was, well, pointless.

Yet there he was, for hours into the wee hours of Tuesday morning. He didn’t need to do this, because other than garnering attention it accomplished nothing. With no presidential veto yet, there’s nothing for the Congress to vote to override. They’re out now, and won’t be back until after Christmas. Should Trump veto the NDAA, the House will return on December 28 and vote to override it.

The Senate has come to an agreement to return on December 29 and start the countdown for its override vote. “My intention was and is to ensure the Senate continues fulfilling our obligation to the men and women of our armed forces. I hope the president will not veto this bill,” McConnell said on the Senate floor early Tuesday. If he does, they come back on the 29th and start the ball rolling, potentially having to stay in over New Years if Paul continues in his windmill tilting. It’s possible that a final veto override vote wouldn’t happen until January 3, the day the new Congress is sworn in.

If Paul manages to delay it beyond noon on January 3, a Trump veto will stand because that’s when this Congress is dissolved. The new Congress would have to start over with the bill, waiting for President Joe Biden to sign it. It would be the first time in 60 years an NDAA wasn’t passed.