For the 40th consecutive week, Americans file more than a million claims for jobless benefits 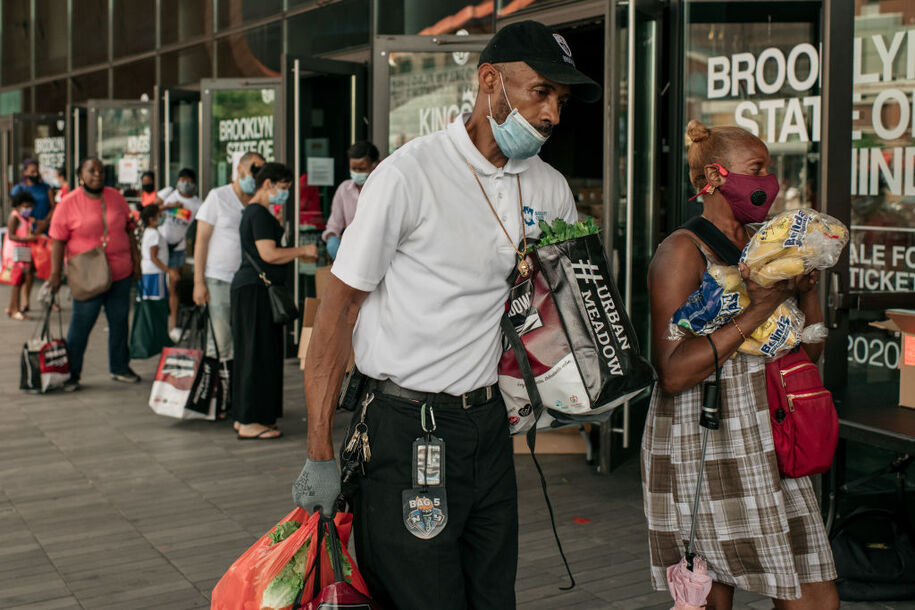 New applications for unemployment insurance benefits fell 11% for the week ending Dec. 19, according to the U.S. Department of Labor. At 1.2 million claims, new applications remained far above pre-pandemic levels, with 892,000 filing for state programs and 398,000 for federal programs. More than a million new applications have been filed every week since mid-March.

As bad as this is for the affected individuals and their families, the $900 billion relief package passed by both houses of Congress but not yet signed by Donald Trump includes 11 more weeks of eligibility for the two federal pandemic emergency programs that kick in when workers exhaust their state benefits or aren’t eligible for them. The federal emergency programs were slated to expire the day after Christmas, giving workers a possible 39 weeks of benefits. If the relief legislation is signed, most jobless Americans will be able to collect unemployment checks for a total of 52 weeks. In addition, $300 will be added each week to those benefits, which average about $320 a week nationwide. Checks with those extra dollars won’t arrive for “three to four weeks minimum,” said Elizabeth Pancotti, a policy adviser at the pro-worker advocacy group Employ America. But it could take six to eight weeks.

For millions of out-of-work Americans who have been struggling financially since the pandemic began, especially in the past five months since the July 31 expiration of an extra $600 a week in benefits under the CARES Act passed in March, this temporary lapse in overall benefits will add one more round of pain:

That’s because state workforce agencies preprogrammed benefits to expire on Dec. 26. Resetting the systems requires extensive programming changes that will cut off nearly 12 million Americans from receiving benefits until new code is implemented.

States can’t begin writing the new code until they receive guidance from the U.S. Department of Labor, Pancotti added.

Without the extension of unemployment benefits, some 4.8 million Americans would have fallen into poverty come January, say researchers at the Center on Poverty and Social Policy at Columbia University. Some 4.6 million people—about 37% of the unemployed—have seen their jobs vanish permanently.

Had the Republicans under Mitch McConnell in the Senate not refused to even consider negotiating two more relief bills passed by House Democrats in May and October, retail sales might not have taken the hits they did in the past two months. In November, the Commerce Department reported Wednesday, retail sales fell 1.1%, the worst drop in seven months. Not coincidentally, it also reported that personal income for the month fell 1.1%. Lower sales means more furloughs and layoffs, which means less income, which means further declines in sales.

Said senior policy analyst Michele Evermore at the National Employment Law Project, an advocacy organization for workers’ rights, “It’s important to remember that over two-thirds of unemployed workers are now long-term unemployed. They have likely burned through their savings. We are seeing more poverty, hunger, and homelessness.”

The Economic Policy Institute last week published five charts showing some impacts of the Pandemic Recession, including these two: