You’re fired! The People ousted Donald Trump because Senate Republicans were too corrupt to do it 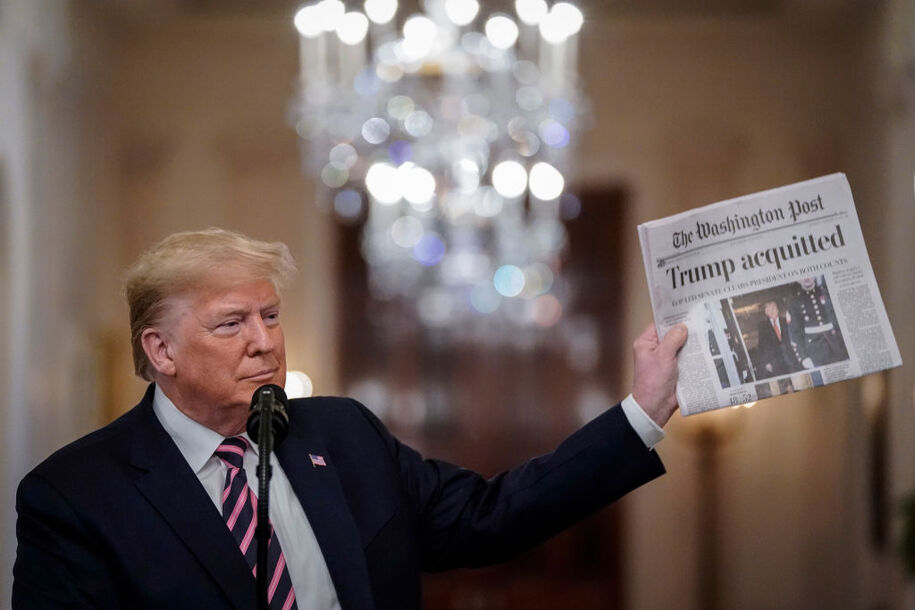 One of the biggest political stories of 2020—and really Donald Trump’s entire tenure—was what a bunch of traitorous sellouts the entire Senate Republican caucus turned out to be. Sure, we knew these GOP senators were no profiles in courage as Trump took the reins in 2017, but their constant kowtowing and, particularly, their hasty acquittal of Trump against a mountain of evidence that he abused his power to extort a foreign government in order to win reelection was an actual attack on U.S. democracy itself.

“It was a flagrant assault on our electoral rights, our national security and our fundamental values,” Utah Sen. Mitt Romney said in early February shortly before he became the sole GOP senator to vote against clearing Trump of wrongdoing. “Corrupting an election to keep oneself in office is perhaps the most abusive and destructive violation of one’s oath of office that I can imagine.”

OR give directly to the campaigns of Rev. Raphael Warnock and Jon Ossoff!

The other 52 Republican senators banded together to shield Trump from accountability and suffering the just consequences of his defilement of the republic slid from claims that there was no quid pro quo to “So what if there was?” Ultimately, every Senate Republican but Romney proved content to play Trump’s stooge regardless of the blight on democracy it represented.
Unfortunately, that craven political calculation worked out for too many vulnerable GOP senators in November. While Sens. Cory Gardner of Colorado and Martha McSally of Arizona suffered the consequences of abetting Trump’s corruption, others such as Maine’s Susan Collins, Iowa’s Joni Ernst, and North Carolina’s Thom Tillis all escaped accountability for their complicity in Trump’s crime. And, at least for now, Kentucky Sen. Mitch McConnell—who led the charge to acquit Trump without hearing from a single witness (including Trump’s former national security adviser and stalwart conservative John Bolton)—is still the presumed leader of the Senate Majority for the upcoming Congress.
But that doesn’t have to be. On January 5, we still have one last chance to exact a price for McConnell’s treachery by relegating him to minority status in the upper chamber and putting Democrats in charge. At the same time, we can send a powerful message that the seditious acts of Georgia Sens. Kelly Loeffler and David Perdue in backing Trump’s fascist power grab to overturn the election will not stand.
But regardless of what happens in those two critical Senate races, the American people did band together to save our democracy from a would-be dictator and an entire major-American party that eagerly helped him undercut this centuries-old experiment in democracy.

We need all hands on deck to win the Georgia Senate runoffs on Jan. 5, and you can volunteer from wherever you are: More than 23,000 Daily Kos volunteers already have. Click here to see the Georgia volunteer activities that work best for you.