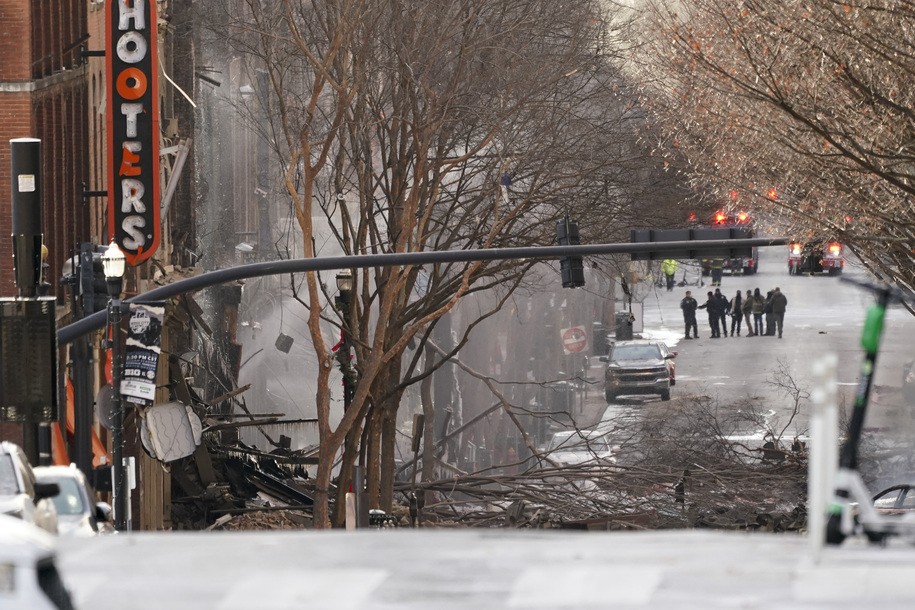 Local and federal agencies, including the FBI and ATF, are investigating an explosion in downtown Nashville early Christmas morning. “We do believe that the explosion was an intentional act,” a Metro Nashville Police spokesman said.

Police responded to reports of a suspicious vehicle around 6 AM, and had already called in the hazardous devices unit when a “significant explosion” occurred. Three people went to the hospital with injuries, which were reportedly not life-threatening.

This story is obviously developing.