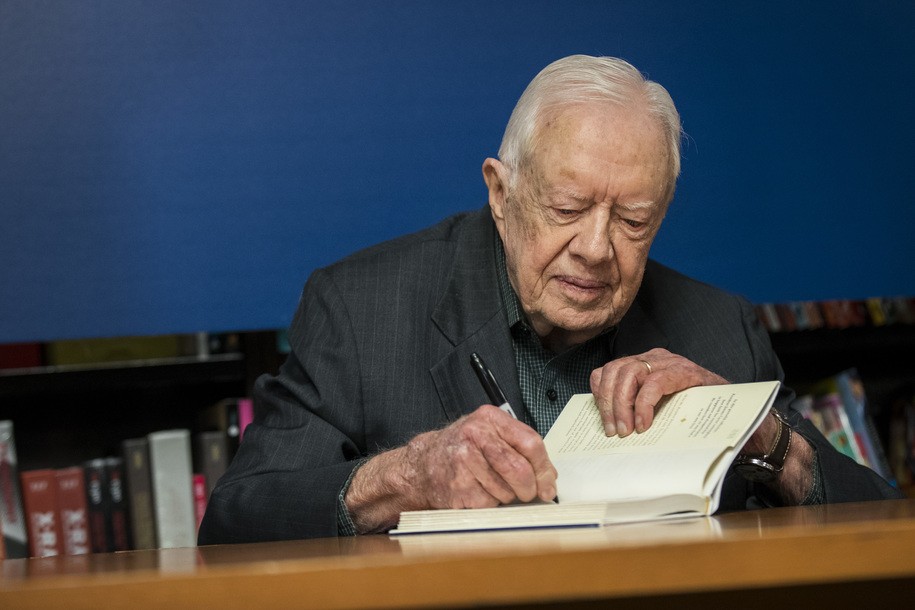 Over the last 17 years at Daily Kos (gulp), I’ve written over 7,000 articles. I’m certain that’s a long, long way from the record, but it still seems like a lot. Here’s another way of looking at it: Over three decades, I wrote 46 novels and two nonfiction books. I think. I may have missed a ghostwritten volume or two. Even if I did, what I’ve written at Daily Kos is easily twice as much text as everything I ever shoved onto the shelves under my name or that of anyone else.

Over all that time, the most recommended piece I’ve written remains a eulogy I penned one Tuesday morning in 2008 in the hour after learning that my father had died. Which … thank you. However, I think my favorite article remains one that was written about a decade before I became a Daily Kos employee, back when my major contribution was writing a little weekly bit called “Science Friday.”

Now, over 13 years after that piece was first written, I’d like to turn it into a book. And I’d like your help.

That original piece was called “Sixty Men from Ur,” and it also started off with a kind of eulogy. In this case, the eulogy was for historian Arthur Schlesinger, who actually died about two weeks before the essay was written. Schlesinger’s death caused me to revive an idea I had been kicking around for some time and … Here, I’m just going to embed a big chunk.

A bit over 4,100 years ago, a man named Abram led his family from the city of Ur of the Chaldees to a new home in Canaan.  Just two weeks ago, unfailing champion of liberalism Arthur M. Schlesinger, Jr. died.  What’s the connection?  Nothing. Everything.

In science, a number of metaphors are employed to cast the huge span of deep time into a frame more easily pondered.  If the history of life on earth is viewed as the Empire State Building, all of human history is a dime on top.  If the life of our planet is viewed as a year, every event in the history books has raced past in the last few seconds of that year.

These images are generally used to demonstrate the impressive seniority of our universe, and the relative position of major cosmic and/or evolutionary events.  For those purposes, they’re fairly effective.  It’s certainly easier to wrap a mind used to events measured in minutes and hours around the idea that dinosaurs went extinct the day after Christmas, than it is to come to grips with the term “sixty-five million years.”

One thing that all those metaphors should bring home is not just that the universe is old, but that human history is astonishingly short — and not just in comparison to cosmic events.  Whenever anyone with a relatively long life dies, there’s a tendency to indulge in a review of all the things they saw in their life.  That’s understandable. There’s also an inclination toward viewing their life as covering the most important decades of man’s story.  That’s a good bit more dubious.   In honor of Mr. Schlesinger’s career as a historian, this isn’t so much a science Friday, as it is a history Friday.

This is a brief biography of mankind, covering only one twenty-billionth of human diversity, told in reverse.

Arthur M. Schlesinger, Jr. died in 2007. He saw the Internet rise to become a new means of communication and worked alongside his son as a blogger.  He saw the Soviet Union collapse. He saw the folly of Vietnam and the dangers of an imperial presidency. He saw man walk on the moon. He saw Bobby Kennedy fall, and John. He stood at the pivot point of the Cold War during the days of the Cuban Missile Crisis.  He saw the end of World War II and the beginning of Soviet domination of Eastern Europe.  He saw television begin, and the first planned subdivisions built.  He served his country during World War II, after leaving Harvard without completing his Ph. D.  He saw the rise of fascism, not just in Europe, but in the United States.  He saw the Great Depression. He saw the dust bowl, and the migration of workers to the west. He was two when the “Black Sox” scandal sent Shoeless Joe Jackson into shadow. That same year, the U.S. Cavalry crossed into Mexico in pursuit of Pancho Villa, the 19th amendment — women’s suffrage — was passed, millions died in a worldwide flu epidemic, and the first radio station went on the air.  Iraq passed from the Ottoman Empire to the British.  Schlesinger had not yet celebrated his first birthday when World War I ended.  That same year, William Frederick Cody, also know as “Buffalo Bill,” died.

In the original, I followed that sort of reverse-remembrance of Schlesinger by bridging to the similar unwinding of the life of Bill Cody. From Cody, I dropped into John Quincy Adams. Just like that, I was back to the time before there was a United States. The whole of our history as a nation was, and still is, less than three people deep.

That one sentence embedded in the middle of the piece, the one that says, “This is a brief biography of mankind, covering only one twenty-billionth of human diversity, told in reverse,” is still about as concise a description of the project as I can devise. It’s what I’d like to do at more length in a book. I want to tell 60 stories, each no more than a handful of pages, that put a human life in context against the times in which they lived. Each of those stories will start with the time of their death and walk their lives backwards, showing a fraction of world events, and especially those events that impacted the lives of the subject of each mini-essay.

At some point, once you get in the flip side of years that end with CE, it’s difficult to find well-recorded characters whose description is not something like “fourth King of Kings of the Achaemenid Empire.” (That would be Ahsiarsu, also known as Xerxes.) But where there is someone other than a guy whose job was killing people to retain personal power, I mean to find them. There actually are quite a few architects, doctors, adventurers, and scribes whose lives can be laid across the centuries.

I’ve thought about restricting the book in different ways. Since the title came to me first, and I intend to stick with it, should I stick with people who came out of that Abrahamic tradition? Should I stick with just men? That second thought appealed to me when I was feeling ambitious enough to think I might do a second volume, something like “Sixty Women from Memphis” that would trace people back again to that period somewhere between 1800 BCE and 2000 BCE using just the biographies of women. (If you’re wondering why Memphis, try Googling “famous women 18th century BCE.” Now, name the ones who are not part of the Egyptian court … the selection is not great. If ordinary men tended to be left out of history before the time of Herodotus, ordinary women just tend to be left out of history.) However … I’m old. It’s taken me 17 years to get back to this project. It seems very unlikely there will ever be a Volume 2.

So with that in mind, the subjects of each biography can be anyone anywhere. Which leaves just one big question, the one that I’d like some real help in solving: Where to start? By that I mean, who is either still alive today, or has died in this interminable year, whose life would be the best thread to take up as we wind back along a path to a dusty Sumerian city-state located in what is now southern Iraq?

There are people who have died in 2020 whose lives, or deaths, have certainly been impactful. But I’m looking for someone who seems definitive of the decades in which they lived. They don’t have to be particularly good, or particularly bad. An ideal candidate would be someone whose name is familiar, but maybe not so familiar that the details of their life were already known almost everyone. For example, Jimmy Carter. He’s been involved in huge events and tiny events that have put him at the center of so much, and I once attended the man’s Sunday School class and found him both genuinely kind and thoughtful. Plus, Carter was born in 1924, meaning his life touched on William Jennings Bryan as well as people like Moses Fleetwood Walker, a Black ballplayer who played in the Major League in 1884, and Fanny Eaton, who was the model for many of the paintings by the Pre-Raphaelite Brotherhood.

John Lewis might be another good choice because his life in so many ways defined the times. At 80, Lewis’ life doesn’t stretch quite so far back, but his life does overlap with that of actress and activist Henrietta Vinton Davis, as well as physicist Vito Volterra (you can guess what he studied).

To give you a sense of how far afield I was looking when I started this project, I seriously considered starting off the book with Leni Riefenstahl. Not only was she a willing participant in events that placed her at the center of a scheme that killed millions, she went on to spend decades in Africa and in undersea exploration. She died back in a unified Germany at age 101. One of her last recorded quotes resonates all too well today: “I was one of millions who thought Hitler had all the answers. We saw only the good things; we didn’t know bad things were to come.”

But I’m not doing Riefenstahl. Not only did I eventually find that idea too distasteful and off-putting as a place to start the book, my simple delay in starting the process has put her 2003 death too far out of range.

If you’ve stuck with me this long … what’s your suggestion? If you want to tell the story of humankind over the last 4,000 years using someone whose life would best define the decades leading to this day … who would that be? Man or woman. Black, Asian, Latino … Who’s your choice? Obviously because I’m trying to make it back to approximately 1820-ish BCE in just 60 people, I’d like someone who lived (or is still living) a relatively long life.

Give me a hand up and I swear I will actually write this thing.