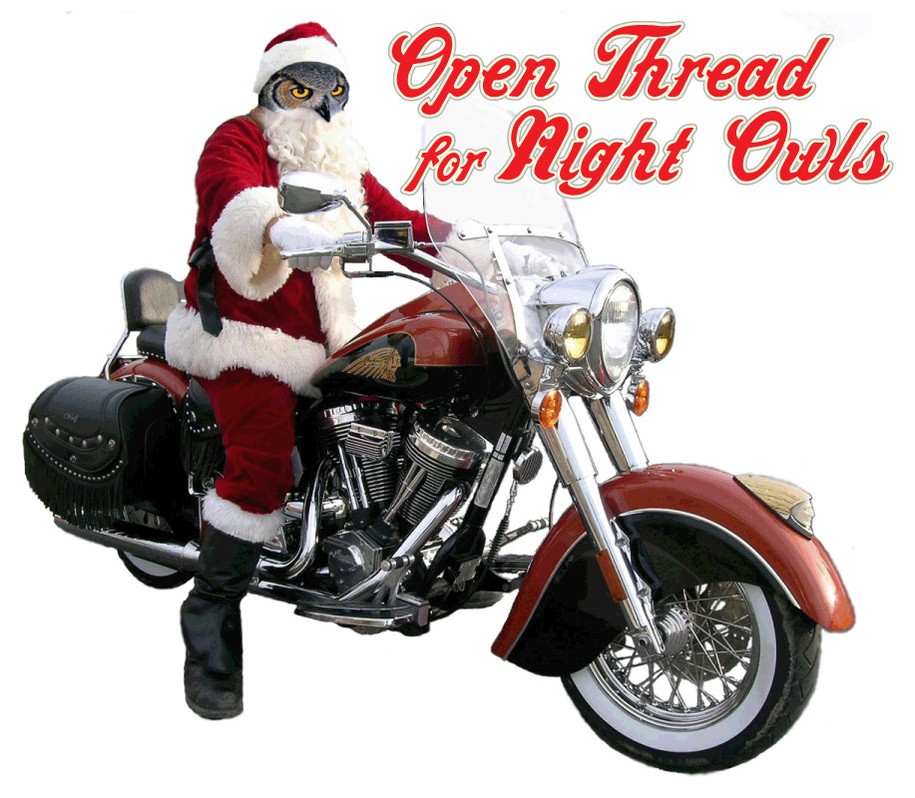 Scott Simon at NPR writes—‘Twas The Night Before Christmas in 2020:

‘Twas the night before Christmas, and all o’er the house Stirred the clicking — most frantic — of every mouse All the stockings were hung by the TV with flair But children played on apps in their rooms without care Sneaking smart-phones and laptops right into their beds While visions of going viral danced in their heads When out on the street there arose such a clatter I sprang from my bed to see what was the matter When what to my wandering eyes did appear An electric sleigh, without any reindeer

“Self-driving” said the driver, so lively and quick I knew from his TikToks it must be St. Nick “I don’t strew CO2,” he said, “on glaciers and meadows So my polar bear friends can hang onto their ice floes.” He had a snow-white goatee, and six-pack of a belly “I just couldn’t go on like a bowl full of jelly. Now I eat fruits and veggies, meditate, and do yoga And don’t just watch e-sports — Elf Sports — on the sofa.” […]

If you’re up for another, here’s the first stanza of Niall O’Dowd’s parody published at Irish Central:

‘Twas the week before Christmas and all through the House,

The winner is Donald, and Biden, he’s trumped!

From here on, they said, he is Number One,

The man in the White House, he’s certainly not done.

We won Wisconsin, Pennsylvania too,

But Biden, he tried to prove one plus one is two.

But when we add the votes it is plain to see,

When Republicans count one plus one is three.

So we’re the outright winners (let the Dems take their lumps),

It’s victory for us and for the great Donald Trump! […]

“I will honor Christmas in my heart, and try to keep it all the year. I will live in the Past, the Present, and the Future. The Spirits of all Three shall strive within me. I will not shut out the lessons that they teach!” ~~Ebenezer Scrooge, “A Christmas Carol,” 1843.

At Daily Kos on this date in 2018—Small businesses likely to suffer during Trump’s shutdown:

Republicans talk a good game about loving small businesses, but Donald Trump’s government shutdown is once again showing how true that isn’t. Many small businesses stand to suffer from the shutdown. That includes those with government contracts that will face interruptions, but it’s much bigger than that.

“Retail store traffic fell an average 7.3 percent each week of the 2013 shutdown compared with the same period a year earlier, according to ShopperTrak data obtained by CNBC,” an effect that’s much larger in areas like Washington, D.C., and its suburbs, where many federal workers live, and near national parks, where decreased numbers of visitors meant tourist-oriented businesses took a hit.

Small businesses looking for government loans will also face problems, since the Small Business Administration is closed except for disaster services.