While mixed-status families will now get survival checks, undocumented workers are still shut out 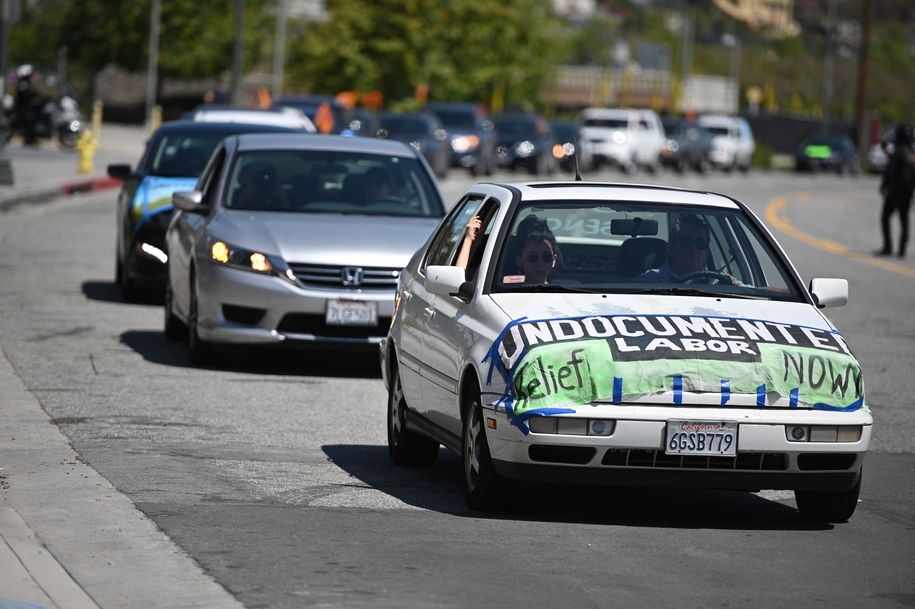 Mixed-status immigrant families who were denied survival checks during the first round of federal pandemic relief this past March will be eligible for relief finally signed into law this past weekend. Vox reports that U.S. citizens previously shut out of relief because they filed joint taxes with an undocumented immigrant spouse are now eligible for $600 emergency checks.

“The impact is significant,” Vox reports. “An estimated 16.7 million people live in mixed-status households nationwide, including 8.2 million US-born or naturalized citizens.” Additionally, the new law allows mixed-status families to retroactively receive funds they were previously denied. While this is a hugely important win, it still denies critical relief to millions of other undocumented families who do not fit this criteria.

Recent findings from the Center for American Progress (CAP) shine a light on how undocumented workers have been cruelly and unfairly denied federal relief even as they’ve been—but really, have always been—designated essential workers. “5 million—nearly 3 in 4 undocumented immigrants in the workforce—are considered essential workers according to the U.S. Department of Homeland Security’s latest guidance,” the organization said in a release received by Daily Kos.

However, under the CARES Act passed by Congress earlier this year, only taxpayers who have a Social Security number are eligible for financial relief, shutting out immigrants who filed returns using an IRS-issued Individual Tax Identification Number (ITIN). This rule also blocked their U.S. citizen spouses if they filed joint tax returns, shutting out entire families, including U.S. citizen kids.

As both Vox and Daily Kos noted, U.S. citizens blocked from survival checks sued the federal government, with thousands signing up to be part of the case. “That lawsuit is still pending,” Vox reported, “but the new aid package signed on Sunday could render that challenge moot since it makes mixed-status families retroactively eligible for CARES Act stimulus checks.”

While he eventually signed this latest round of relief, CBS News reported that impeached president Donald Trump “spent days criticizing several of its provisions, including the relief for mixed-status families. Mr. Trump had implicitly threatened to veto the aid, which was attached to a massive spending bill to fund the government for a year.”

Of course, from the demolishing of the site that would become Trump Tower to finishing the construction of his corrupt Washington, D.C. hotel to cleaning the makeup off his shirts, Trump’s businesses have hired and exploited undocumented workers for decades.

“We speak with proof,” one former Trump worker said in video earlier this year from immigrant rights advocacy group America’s Voice. “We have payrolls. We have that we paid taxes without benefits.” Other Trump workers have corroborated this exploitation, saying they saw their co-workers being given benefits that they were routinely denied. And they’re still being denied, but now will receive critical survival checks (even if they pale in comparison to the assistance other countries are providing to their residents).

Protecting mixed-status immigrant families is huge step in the right direction, but a full recovery means we need to lift everybody up, no matter their immigration status. It’s the right and just thing to do.