Josh Hawley signs on to effort to turn Jan. 6 into a red letter day for threatening democracy 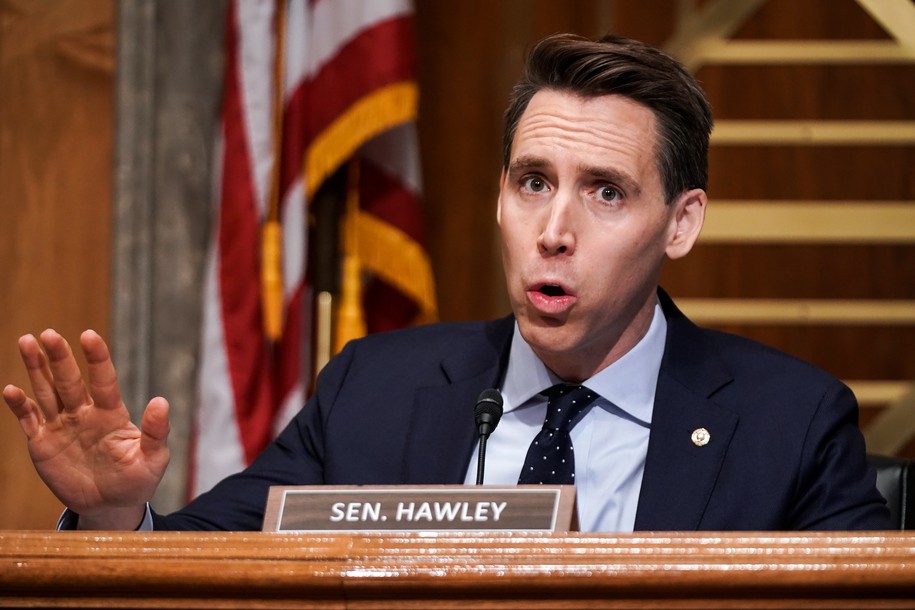 The next big day on America’s calendar is actually Jan. 5. That’s the day when a pair of Senate runoff elections in Georgia could strip Sen. Mitch McConnell of his nation-strangling role and open the gates for something actually get done. But just one day later, the spotlight moves back to Washington, D.C., where the big box of votes from the Electoral College are set to be opened and counted. The event should be purely ceremonial. The votes have already been cast. It’s past time for efforts to seat alternative slates of electors, and even the last-ditch effort to persuade “faithless electors” to vote in favor of Donald Trump has come up dry. There’s really not much to do but crack open the box, wait for the clerks to tally the contents, and have Mike Pence announce Joe Biden’s decisive 306 to 232 victory.

Except, of course, it’s 2020. This year Trump is extending his desperate attempt to keep a grip on power through calling on his supporters to come to Washington on that date for a “wild” time. And Louie Gohmert has filed a lawsuit against (checks notes) Mike Pence to force him to not let the clerks count the votes from states that went against Trump. And it can be absolutely, positively expected that Republican members of the House will object to the vote totals reported by the clerks. This won’t matter unless they’re joined by a senator. And now they have been … Missouri’s own Josh Hawley has agreed to be that guy. But he’s not really doing Trump, or Republicans, any favors.

Hawley issued a statement via Twitter, as one does these days when attempting to overturn an American election. In it, he pointed out that Democratic members of Congress objected to election results in 2004 and 2016. Which is true enough. In January 2005, a two Democratic House members objected to the results in Ohio because that state had shut out thousands of voters after Republicans had taken last-minute efforts to shrink voter rolls, cut back on polling places, and impose new restrictions. In 2016, a series of Democrats from the House rose to make perfunctory objections to a series of states where Trump won, including such Republican strongholds as Alabama and South Carolina.

What Hawley didn’t mention is that these objections were purely for show. Or that the 2016 objections ticked off a clearly done-with-this-whole-thing Joe Biden, who repeatedly cut off attempts to raise objections with statements like, “This is over.” Biden even ordered the microphones turned off on those proposing objections.

The reason that those objections in 2004 and 2016 came to nothing is because they were only voice objections, and they came only from House members. Compare to this little item right in the middle of the 1887 Electoral Count Act when it comes to dealing with objections. That law says objections “must be made in writing” and those objections must be signed by at least one member of the House and at least one senator.

In other words, the “objections” made in 2004 and 2016 were pure theater. So was an objection made concerning faithless electors in 1969. If Hawley actually signs on to the objection put forward by House Republicans, it will be the first actual objection under the 1887 law.

That, of course, is not going to happen.

What could happen is that Mike Pence could determine that the objection isn’t valid. That’s because the law only permits the votes of seated electors to be thrown out in very special circumstances involving votes “not legally certified” by the governor of the state or some irregularity in the way the Electoral College carried out its vote. The idea that the objection could simply be iced immediately is made more possible because the states involved produced a single slate of electors and certified their votes by the “safe harbor” date.

Unlike Biden, who expedited the process in 2016 by repeatedly cutting off vocal objections and getting on with the vote, Pence is likely to go through all the motions of reading the objection into the record. It’s likely to be a long day no matter what happens just because Pence is unlikely to find that mic button to silence objections from Gohmert, or Jim Jordan, or the whole parade of House sub-deplorables.

Finally, if Pence should ignore the law long enough to give Republicans a vote … that’s what they’ll get. With the Boogaloo Bois rampaging outside the Capitol, the House and Senate will vote down the objection. Meaning that the best Hawley will generate by joining the House Republicans in this objection will be an absolute waste of time … and forcing every Republican in Congress to vote yea or nay to overturning the results of the election.