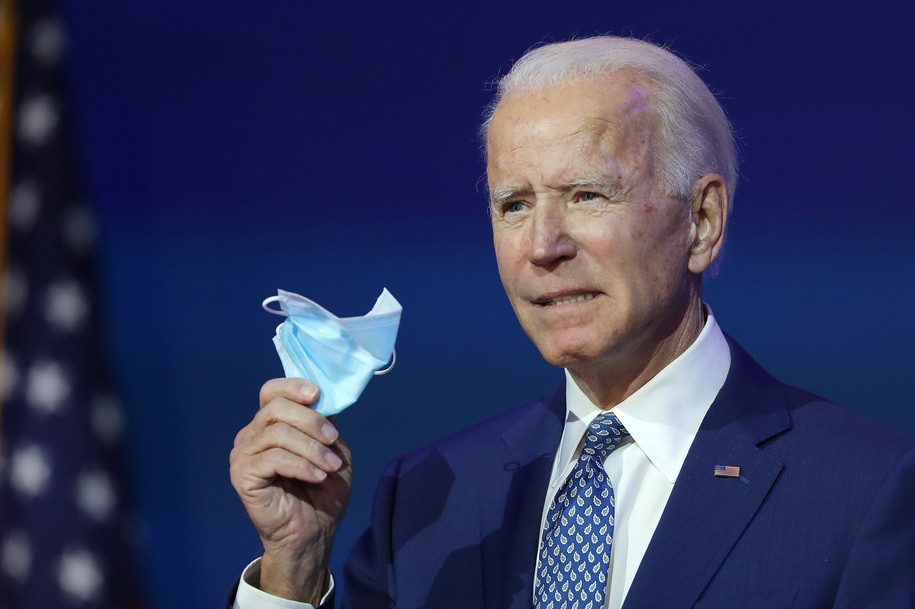 In most years past, inaugurations have been preceded by grand concerts celebrating the peaceful transition of power. However, most years are not 2020, and for that much we can all be thankful. On the eve of what will be a singularly different inauguration, Joe Biden is planning a very different evening. As Axios reports, the Presidential Inauguration Committee is announcing that Biden will lead a ceremony featuring lights surrounding the famous reflecting pool at the Lincoln Memorial. The lighting won’t be to celebrate Biden’s win, but to remember all the Americans lost to COVID-19 over the last year.

The remembrance won’t be limited to just the lights around the Memorial. Biden is inviting towns, companies, and individuals to join in by lighting buildings and ringing church bells beginning at 5:30 ET on Jan. 19. In contrast to past years, it will be a solemn moment. But it will be a completely appropriate transition from someone who just doesn’t give a damn to someone who genuinely cares about the losses the nation is suffering. Because those losses are still growing.

On Wednesday, the United States marked the worst day yet in the pandemic that has been underway for 10 months. The COVID Tracking Project recorded 3,903 deaths in a single day. At this point, America has to throw away comparisons to Pearl Harbor or 9/11. When it comes to comparing the deaths from a day of COVID-19, the only available marker is deaths on another day of COVID-19.

In fact, it doesn’t require much of a leap to find the previous record. That’s because it was the 3,725 deaths reported on Tuesday.

While the daily report from the tracking project continues to show a downward trend in new cases, that trend is unfortunately matched with a matching trend in reduced testing. Johns Hopkins testing center shows 10 states with rates of positive tests above 20%. Five of those states (Mississippi, Idaho, Alabama, South Dakota, and Pennsylvania) have positive test rates above 40%. Though, to be fair, it’s hard to say anything about Mississippi because they seem to have stopped reporting anything but positive test results.

As yesterday’s chart of daily new cases at WorldOMeters shows, early claims that there “was no post Thanksgiving surge” were absolutely incorrect.

Thanksgiving was absolutely followed by a surge on top of the existing surge that brought on a fresh raft of record high cases—and deaths. At the moment, the number of daily cases is still being suppressed by low reporting over the holiday period. That will continue into next week. It won’t be until around the time that Congress is counting the Electoral College votes on Jan. 6 that we get a real glimpse at where the nation is when it comes to new cases on a daily basis. And it won’t be until Joe Biden is being sworn in on Jan. 20 that we start to see just how many people are going to die from the surge, on top of the surge, on top of the surge.

Turn those lights on. Toll the bells. It’s only right the nation mourn a year in which deliberate inaction has led to hundreds of thousands of unnecessary deaths. But hopefully those lights will also signal the end of a very long tunnel.