Early and youth voting in Georgia runoff is freaking out Republicans, and that’s good 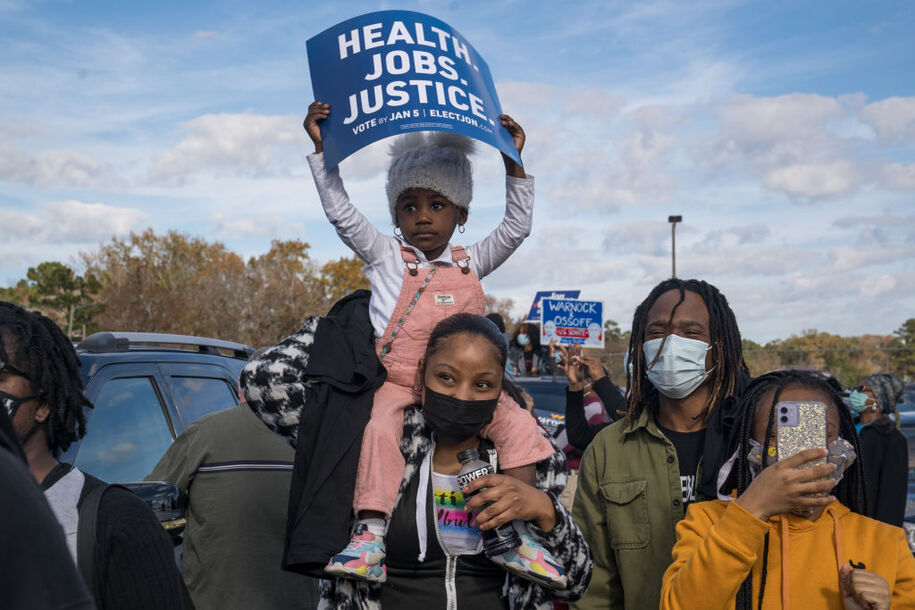 From the early vote, it looks like Georgia is more than willing to take on the burden of saving the nation by saving the Senate. This is Thursday, the crack of dawn on New Year’s Eve, and the last day of early voting in Cobb County—look at these people and bow down to their commitment to democracy!

LIVE LOOK at the line of people waiting to vote at 730am on NYE — the last day of early voting in Cobb County, Georgia. As a reminder, the states runoff elections will ultimately determine the balance of power in Washington DC. pic.twitter.com/XSSCPUI8Gi

The story of Georgia’s early vote has Republicans freaking out. “We’re fully aware of the energy on the other side, and think we’ve been reminded about that,” Dale Washburn, a Republican state legislator told Republicans at a rally for Kelly Loeffler. “We know demographics have changed in recent years. And if our side hasn’t been aware of that, they’re rapidly becoming aware of that. The Biden victory had a big part.” As of Wednesday, more than 2.5 million Georgians had already cast their ballots, and it’s the Democratic strongholds that are leading: Fulton and DeKalb Counties in metropolitan Atlanta. Black voters statewide are “voting their weight and then some,” said Charles S. Bullock III, a political scientist at the University of Georgia.

Daily Kos has set up a get-out-the-vote (GOTV) channel to find out all the ways you can get plugged in to helping us elect Jon Ossoff and Rev. Raphael Warnock. Over 23,000 Daily Kos members have already signed up to volunteer for the Georgia runoff on Jan. 5.

So are young voters. More than 281,000 Georgians under 30 voted early, easily on par if not more than the young vote on Nov. 3. The vote that handed the state to Joe Biden. That includes George Lefkowicz, who hadn’t turned 18 by Nov. 3, but will by Jan. 5. He voted for Democrats Jon Ossoff and Raphael Warnock because he got the message: “I’ve always been super interested in voting,” Lefkowicz, a high school senior, told The Washington Post. “But this one’s super important because it will decide the future of American politics for the next two years, and if you want to get anything done, you have to work through the Senate.” Absolutely right.

TargetSmart, a Democratic data firm, has been tracking the electorate, and is astounded by what they’re seeing in Georgia. “The fact that in a runoff election in early January, younger voters are very close to matching those turnout numbers [from November] is a little bit crazy,” said Tom Bonier, TargetSmart’s chief executive. “I’m running out of superlatives. … Those are voters who traditionally wouldn’t vote in an election like this.”

According to the Post’s analysis of the early vote, 90,000 early voters hadn’t voted on Nov. 3, and that includes voters who were too young for that election, like Lefkowicz. It also finds that a greater percentage of early voters in the runoff is Black compared with the rest of the early voters, and 4,400 of those voters are 18 years old. “Runoffs historically have seen low turnout in Georgia, but this is definitely a different story,” Royce Mann, 19, co-founder of Students for Ossoff and Warnock, told the Post. “I think we are going to prove to the world on January 5 that young voters, progressive voters in Georgia, are committed to seeing this through.”