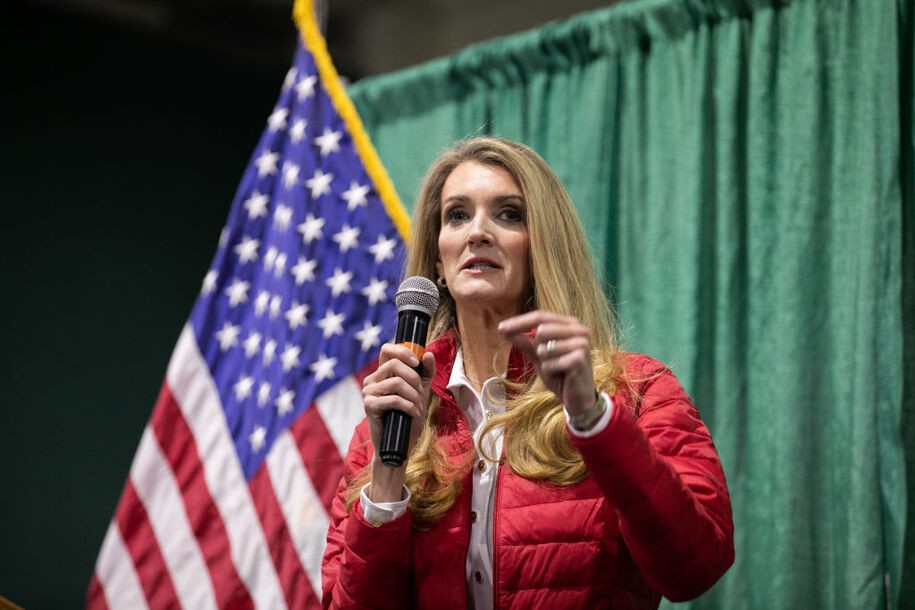 Sen. Kelly Loeffler’s promise to back the $2,000 stimulus checks House Democrats passed and President Donald Trump backs rings about as hollow as, well, any of her other promises. She told Fox News she’s proudly stood by the president “100% of the time” and that we “absolutely” need to get relief to Americans now but that a vote is up to Senate Majority Leader Mitch McConnell. ”He knows I support it; he’s supported it himself, but we have to look at the process in the Senate and see if that’s going to come to the floor. If it does, I will support it,” Loeffler said. It’s an awfully safe position for Loeffler to take considering McConnell has repeatedly stood in the way of helping Americans struggling to survive during the coronavirus pandemic.

The Georgia runoff is Jan. 5. Click here to request an absentee ballot.

He has called for what he deems “smart targeted aid, not another fire hose of borrowed money.” He blasted the $464 billion cost of the proposed relief and said Wednesday in a Senate speech that the House bill “has no realistic path to quickly pass the Senate.”

“It’s no secret that Republicans have a diversity of views about the wisdom of borrowing hundreds of billions more to send out more non-targeted money including to many households that have suffered no loss of income during the crisis,” he said. “COVID-19 has not affected all households equally, not even close.”

He’s right about that. While Rep. Ilhan Omar pointed out that “millions of Americans can’t afford to put food on the table or pay their rent,” Loeffler “benefited from stock transactions she made beginning on the same day she received a private briefing for senators early in the COVID-19 outbreak,” The Pointer Institute reported. Republican Sen. David Perdue, who is facing challenger and investigative journalist Jon Ossoff in the Senate runoff, similarly benefited from the pandemic. Only it’s hard to know by how much, because when he faced concerns about insider trading, “he abruptly sold virtually all of his stock holdings — between $3.2 million and $9.4 million worth,” The New York Times reported.

“We have a United States senator, Kelly Loeffler, unelected by the people of Georgia who, when she heard about COVID-19 seemed much more focused on her own portfolio than the people she was sent there to represent,” Loeffler’s Democratic challenger Raphael Warnock said on MSNBC. “She profited from the pandemic.”

Helen Kalla, a spokesperson for the Democratic Senatorial Campaign Committee, told The Augusta Chronicle Loeffler and Perdue only pretend to care about Georgians. “Two of the wealthiest senators in Washington can’t be bothered to demand a vote on a bill that will provide more relief to Georgians,” Kalla said.

Alex Floyd, a spokesman for the Democratic Party of Georgia, echoed that criticism in a media statement emailed to Daily Kos Thursday. “Senator Kelly Loeffler is truly all hat and no cattle when it comes to actually delivering relief for Georgians,” he said. “For days, Senator Loeffler has tried to claim credit for relief her own party’s president called ‘ridiculously low.’ But when given the chance to actually increase stimulus checks, Senator Loeffler once again sided with Mitch McConnell and her Washington Republican backers over Georgia.”