‘This is a big win for our communities’: San Diego sheriff ends policy that aided ICE’s agenda 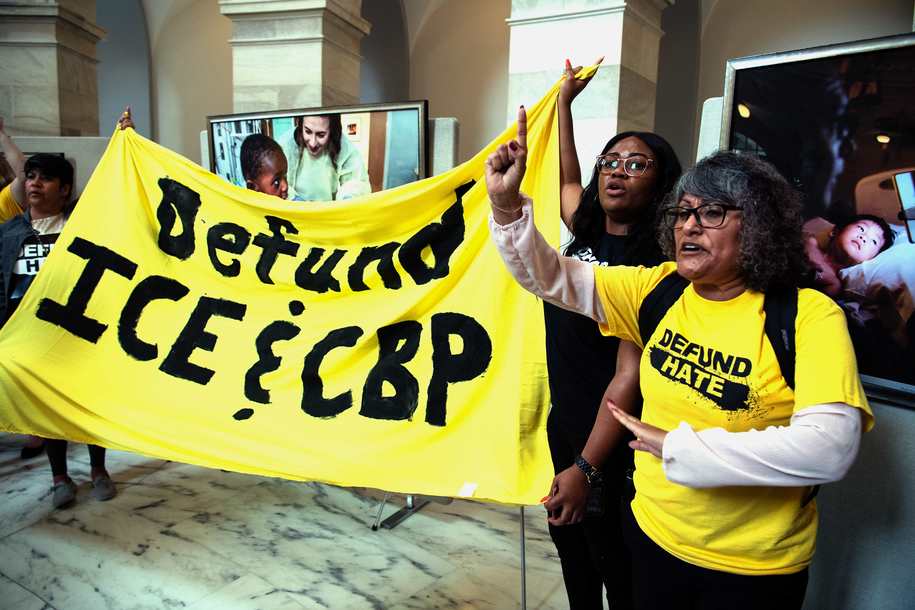 The San Diego sheriff’s department has announced that it’ll no longer post the release information of immigrants in its custody, a policy that immigrant rights advocates say undermined state law and in fact aided Immigration and Customs Enforcement’s (ICE) mass deportation agenda.

“The practice of posting a daily list of individuals who were being released from custody served the same function as notifying ICE of release dates and facilitated unofficials transfers—both transfers and notifications to ICE are prohibited under the California Values Act,” San Diego Immigrant Rights Consortium said. “Removing this information is a huge win, and will keep all San Diegans safer.”

KPBS reports that San Diego Sheriff Bill Gore, who implemented the policy in 2017, made the decision to end it after “discussions with my staff, law enforcement partners, and advocacy groups,” and “reached the conclusion the concerns related to this report significantly outweigh the value of it.”

In its statement, San Diego Immigrant Rights Consortium said the postings enabled ICE “to detain individuals in the jail parking lot the minute they were released from sheriff custody.”

But, they cautioned, “[t]he struggle to stop local law enforcement from collaborating with ICE and Border Patrol is far from over, as the San Diego Sheriff’s Department continues to transfer individuals to ICE and work with them on joint task forces, which means county resources continue to be utilized to separate families and deport community members.

“These practices don’t simply harm undocumented people,” the organization continued, “but also wreak havok on their loved ones and their communities, regardless of their immigration statuses.”

But the win on the release date policy shows that community pressure to protect immigrant families works.

“For now this is a big win for our communities, because we’re making things harder for them,” San Diego Immigrant Rights Consortium chair Lilian Serrano told KPBS. ”Sometimes we might not be able to fully stop their actions, but we can definitely make things harder for them, and in that way mitigates the impact in our communities and reduces the amount of people affected by it.”