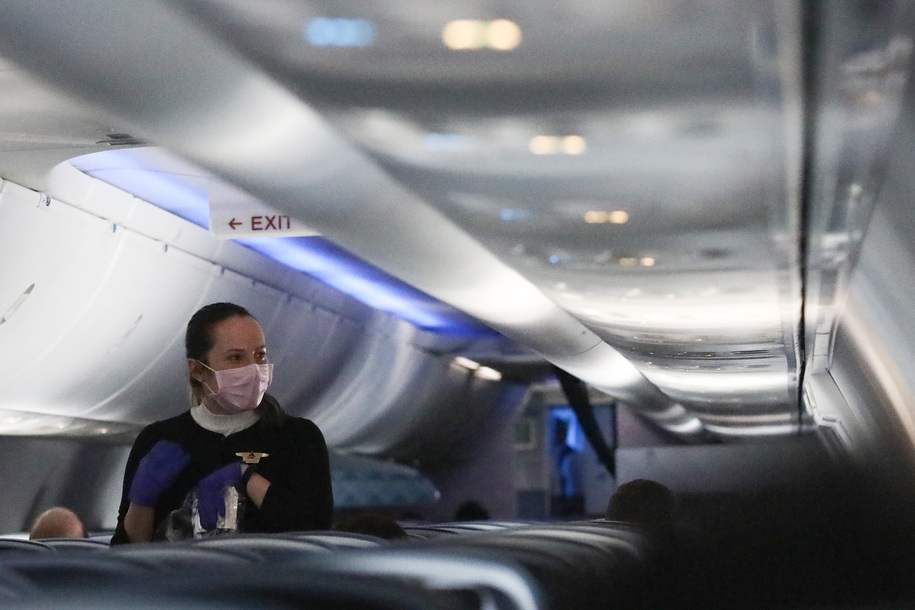 As the U.S. passes the grim milestone of 20 million COVID-19 cases, much of the world is bracing for a stunning surge in the virus’ spread, courtesy of millions who ignored public health recommendations and traveled for the recent holidays. The deadly virus didn’t stop more than 7 million people from flying during the week before Christmas, and that’s just in the United States.

Those numbers represent just a fraction of typical holiday travel numbers, back in the days before COVID-19. Airlines, of course, are bleeding money, and their employees have faced reduced hours, layoffs, furloughs, and buyouts for the better part of a year. Concurrently, denial of the absolutely-real pandemic is rampant, particularly among the Trumpian right, who have seen their soon-to-be ousted leader and his acolytes politicize and ridicule the wearing of facial coverings to help thwart spread of the novel coronavirus.

With these facts in mind, it should come as no surprise that many of those who might be willing to board a plane in a pandemic might also be unwilling to don a mask. A stunning new analysis from The Washington Post’s Michael Laris indicates that airline workers—much like retail workers who were violently assaulted, treated like a Kleenex, and even killed for daring to ask people to comply with mask requirements—are facing abuse at the hands of reckless air travelers.

In a review of “more than 150 aviation safety reports filed with the federal government since the start of the pandemic,” The Post found that passengers of the anti-mask stripe boldly exploit the allowance to remove masks while eating and drinking.

Asked to mask up, one passenger pulled out a large bag of popcorn and nibbled her way through it, kernel by kernel, stymieing the cabin crew for the length of the flight. Others blew off requests by chomping leisurely on apple slices, between occasional coughs, or lifting an empty plastic cup and declaring: “I am drinking!”

Another report describes an unmasked man who charged up the aisle, stopping just 18 inches from a flight attendant. “He sneezed directly in my face, making no attempt to cover his mouth, pull up his mask or turn towards the row 1 window,” lamented the employee, who was, thankfully, wearing a mask that caught the brunt of the man’s sinus explosion.

Airlines, of course, are quick to note such reports, and thus anti-mask passengers behaving badly, are quite rare—claiming otherwise could deter travel by those who understand that masks work. But Baruch Fischhoff, a psychologist and Carnegie Mellon professor, begs to differ, telling The Post that “if you see 100 (reports), there are probably 1,000 or 10,000. This is a widespread enough phenomenon that it needs to be taken seriously.”

President-elect Joe Biden has vowed to ask the nation to mask up for at least his first 100 days in office; he also plans to issue a first-day mask mandate in federal buildings and on interstate trains, planes, and buses.

Whether or not people will comply remains to be seen.