Here’s a video reminder of how morally bankrupt Sen. Ted Cruz and the Republican Party are 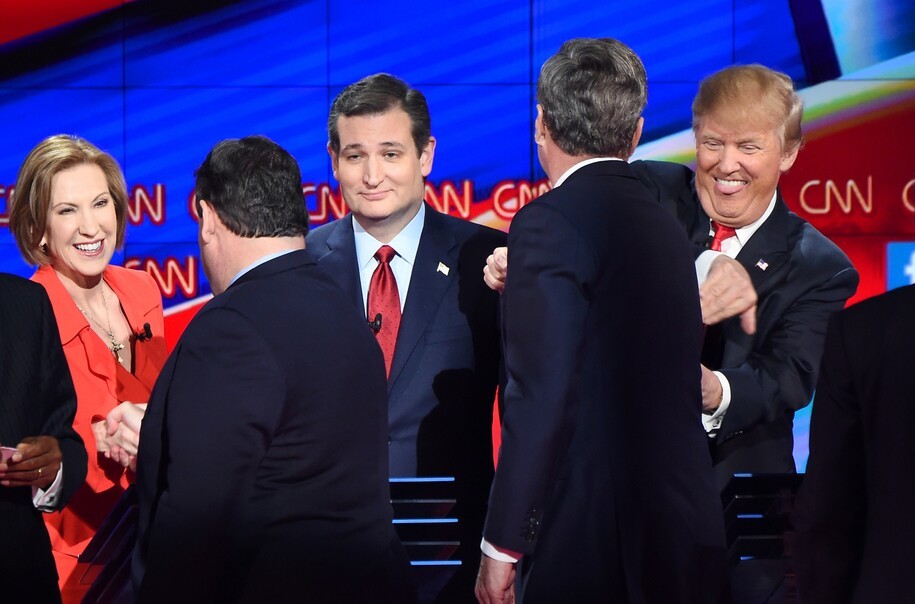 Let’s take a moment to remember Sen. Ted Cruz, back in 2015, after then primary hopeful Donald Trump accused Ted’s dad of being a part of a conspiracy to kill President John F. Kennedy. Yes, Trump did say that. Nothing Trump has said or done, no low has been too low that one could not have assessed that this was the future we were looking at

What so many people continue to want and pretend at is that the Republican Party, whose ideas and ideals Donald Trump so very clearly embodies, complicity in the Trump administration and his corruption and negligence, is somehow surprising. It isn’t. It’s a corrupt organization built on greed and the centralization of power. Their only policy platforms are fear and anger and bigotry and the use of those emotions to control a society.

The abject intellectual and moral bankruptcy of the GOP is never as obvious as the grand turn around the entire leadership of the party concerning their attitudes toward Donald Trump once he became the president of the United States.

Here’s a video of Ted Cruz responding to accusations made by Donald Trump, that Ted Cruz’s father was involved in the assassination of John F. Kennedy. More importantly, in this clip, Ted Cruz, full of shit forever and ever, tells the news media that he’s really going to tell everyone what he thinks about Donald Trump.

@JohnBerman could you ask @tedcruz @SenTedCruz where he put his spine!?!? #spineless #SeditiousSeventeen pic.twitter.com/Jbm1BOOdr0

I guess that changed? I guess it didn’t matter? I guess all of those truly awful character traits work perfectly for leading the Republican Party. It’s pretty simple to understand in the end.