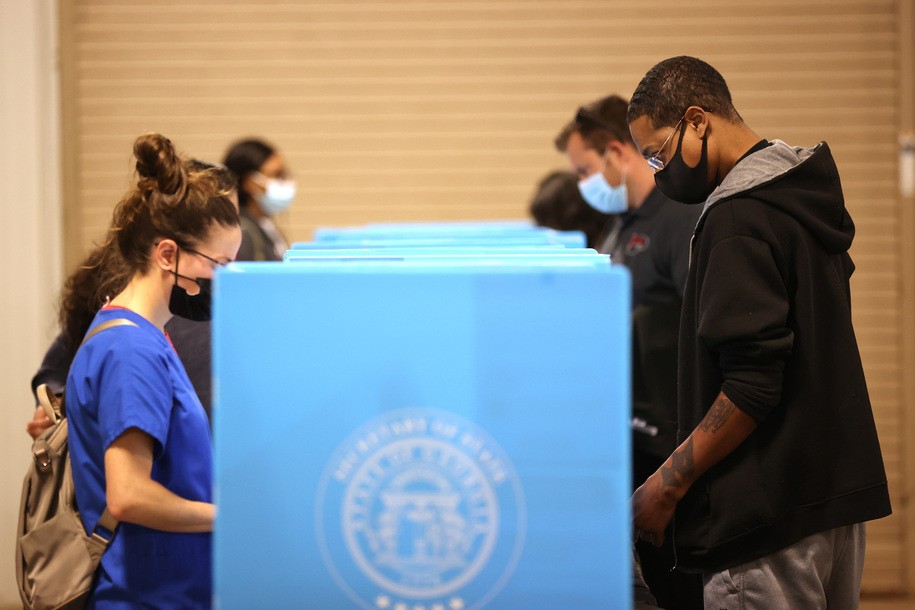 “Gwinnett County, you spoke and I listened,” Taylor said according to Gwinnett Daily Post. “We’re replacing these programs with a couple of initiatives that will address some problems that concerns our community.”

As Daily Kos has previously noted, sheriffs have helped ICE carry out its agenda through the 287(g) program, which deputizes local law enforcement to act as federal immigration agents. But it’s a deeply flawed program that the Justice Department itself said has resulted in racial profiling. Some immigrants have even been separated from their families after getting stopped for a simple driving violation.

”Studies from the University of North Carolina at Chapel Hill found that 287(g) agreements in the state were primarily used to target offenders who posed no threat to public safety or individuals with no criminal record,” American Immigration Council said last year. “In that state, a large share of individuals arrested by 287(g) officers in Gaston, Mecklenburg, and Alamance counties were arrested for traffic violations, such as driving without a license and speeding. Overall, 33 percent of individuals detained through the 287(g) program were charged with traffic violations; in Gaston County the figure rose to 57 percent.”

Mother Jones reported last fall that under former Republican Sheriff Butch Conway, Gwinnett County “helped to detain more immigrants than any other county except five counties in states along the US-Mexico border.” Both of the Democratic candidates who then ran to replace the retiring sheriff, Taylor and Curtis Clemons, pledged to end the agreement. Taylor ultimately won that primary to take on Conway’s deputy, Solis.

“There’s no evidence that the 287(g) program has done anything good, anything to affect crime, anything to keep anyone safe,” Taylor told Mother Jones in October, slapping down criticisms from supporters of the policy who claim it somehow makes communities safer for all families. “It has created an atmosphere of severe distrust and made immigrants less safe.” I mean, if anyone’s making the community unsafe, it’s ICE.

The Appeal reported in September that the agency threatened to retaliate against the county if its 287(g) agreement were to be terminated, telling Solis that the agency would “assign five senior agents to Gwinnett and target businesses, job sites, and apartments” if it were heaped into the trash. Whether it was because he personally supports it or cowered under ICE’s threat, Solis said he would continue the agreement as sheriff. Taylor, thankfully, never backed down from his stance.

“I take issue with them conducting raids simply because I refuse to participate in 287(g),” Taylor said at the time according to The Appeal. “At the end of the day, I still won’t participate.”

Now with Gwinnett County’s 287(g) agreement in the trash where it belongs, hanging like a dark cloud is whether ICE endangers communities and businesses in the county and goes through with its threat as it has in other areas of the nation. In just one example, the Texas Observer reported in 2017 that a federal judge “confirmed in open court” that ICE conducted raids targeting undocumented residents in Austin over the Travis County sheriff also taking action to limit cooperation with the agency.