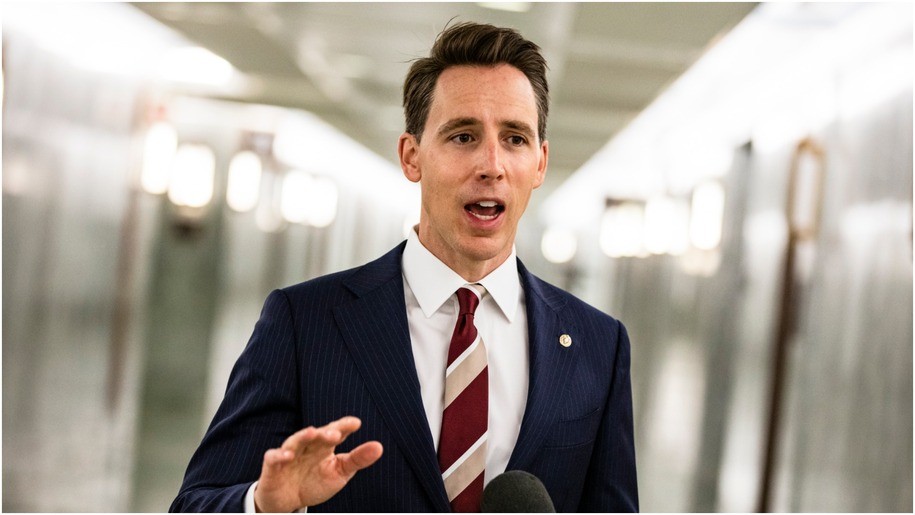 Sen. Josh Hawley showed TV viewers just how much he’s in denial about President-elect Joe Biden’s election win ahead of a GOP effort to contest Biden’s Electoral College victory Wednesday. Fox News host Bret Baier asked Hawley on Monday whether he thinks President Donald Trump will be president after inauguration day on January 20, and the Missouri Republican’s answer was almost humorous. “Well Bret, that depends on what happens on Wednesday,” Hawley said. “I mean, this is why we have the debate. This is why we have the votes…”

“No it doesn’t,” Baier interjected. He then attempted to explain that states certify the election. “By the constitution, Congress doesn’t have the right to overturn the certification at least as most experts read it,” he said. Hawley responded that Congress is directed to count the electoral votes. “There is a statute that dates back to the 19, 1800s rather, 19th Century that says that there is a right to object. There’s a right to be heard, and there’s also a certification process,” Hawley said. Letting the mistaken senator first get out how he came to his flawed conclusion, Baier quickly and succinctly educated him with nothing but facts.

Hawley’s argument was based on what happened in the 1876 election between Democratic candidate Samuel Tilden and former Republican President Rutherford Hayes. In that race, three states didn’t certify their electors, Baier explained. “So Congress was left to come up with this system, this commission that eventually got to a negotiated grand bargain, but now all of the states have certified their elections as of December 14th,” Baier said. “So it doesn’t by constitutional ways open a door to Congress to overturn that, does it?”

BRET BAIER: I want to pin you down on what you’re trying to do. Are you trying to say that Trump will be president after January 20? JOSH HAWLEY: Well, that depends on what happens on Wednesday BAIER: No it doesn’t (Trump in fact lost an election!) pic.twitter.com/vsO2JyRJuk

Hawley attempted to clarify his point by referring to a statute that he claims gives Congress an opportunity to debate the results, count them, and certify them. “And my point is this is my only opportunity during this process to raise an objection and to be heard,” he said. “I don’t have standing to file lawsuits.”

Protesters with the organization ShutDownDC demonstrated in front of the senator’s suburban Virginia home Monday and made a point of leaving a copy of the Constitution on Hawley’s doorstep, The Washington Post reported, calling the demonstration a “peaceful vigil.” Hawley tweeted Monday his unique version of what happened. “Tonight while I was in Missouri, Antifa scumbags came to our place in DC and threatened my wife and newborn daughter, who can’t travel,” he said. “They screamed threats, vandalized, and tried to pound open our door. Let me be clear: My family & I will not be intimidated by leftwing violence”

The police spokesman told me this was such a minor event that they’re not even putting out a press release. They’re happy to answer your questions if you call them though. https://t.co/oI5W7F4Hw3

While I tend to be of the opinion that right-wing delusions of a presidential victory aren’t pressing enough to motivate protests at legislators’ homes, it’s pretty clear that Hawley could benefit from reading the Constitution. The 12th Amendment of the Constitution isn’t aimed at giving legislators an additional right to debate election results. It states:

“The President of the Senate shall, in the presence of the Senate and House of Representatives, open all the certificates and the votes shall then be counted;–The person having the greatest number of votes for President, shall be the President, if such number be a majority of the whole number of Electors appointed(…)”

Vice President-elect Harris said it even more succinctly in a recent interview. “Let me just tell you something,” she said. “We are going to be inaugurated. Period.”

Kamala Harris: ‘Let me just tell you something, we will be inaugurated. Period.’ pic.twitter.com/mihgN4MYQw