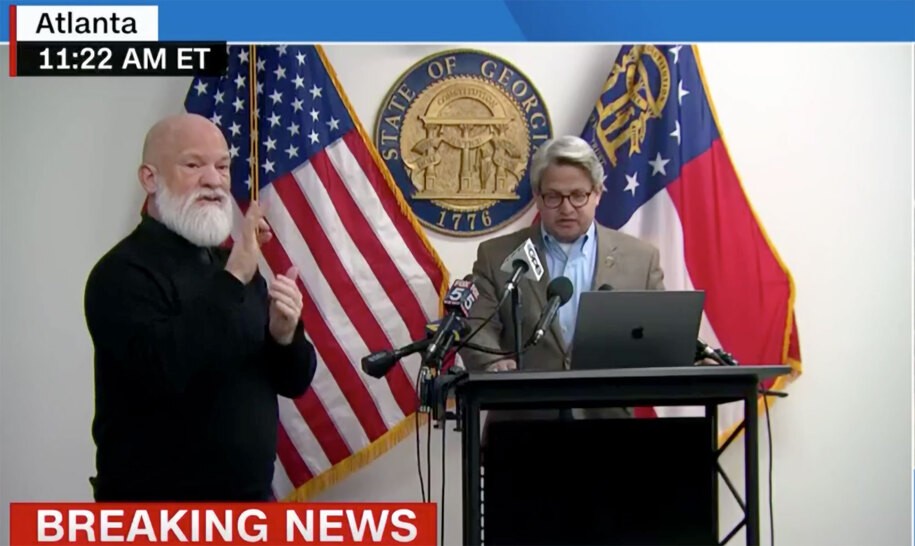 Ever since it became clear Tuesday evening that the Democratic party would be taking not one but two historic Senate seats away from Mitch and company, Donald Trump has been tweeting out brazen lie after lie. Every single one of these lies purports a “rigged election.” It is important to note here that Trump’s singular focus, as it has always been, is to save face and try and undermine our democracy in the hopes of taking dictatorial control of our government. That’s it. He doesn’t care for the Republican Party, he doesn’t care about his kids*, he doesn’t care about anything other than Donald Trump.

His pathological narcissism has very likely contributed to the Republican Party’s loss of these Georgian seats. Trump’s incoherent and mediocre mind has also hurt any chances he had at getting GOP election officials in Georgia onboard with his plans to thwart democracy, having attacked every single Georgia Republican available to be attacked. One of those officials who has had to feel the withering impotency of the Donald in his last days has been Georgia election official Gabriel Sterling. Sterling has been tasked with having to publicly debunk every easily debunked Trumpian election-fraud claim. He and other officials have felt the violent threats of the MAGA wannabe Sturmabteilung. On Wednesday, during a early press conference, Sterling made it very clear that the only fraud being committed during the Georgia runoff is the fraud that is Donald Trump’s mind.

Asked whether Sterling or other elections officials had reports or had seen anything resembling fraud or irregularities, he didn’t miss a beat saying that there was “No evidence of any irregularities.” In fact the “Biggest thing we’ve seen is from the president’s fertile mind of finding fraud where none exists.”

But just in case this was too harsh for the MAGA crowd to consider, Sterling explained how much no evidence of fraud or irregularities there has been. “We’ve seen a couple of other things, somebody put out a tweet that took a picture of shredded paper and said ‘we’re in Georgia and here are shredded ballots.’ That is the extent of the evidence we’ve seen. We had a few things come in on the hotline that might be investigated. But nothing widespread, nothing that seems real in any way, shape or form quite honestly.”

*If you think he cares for his children we can agree to disagree, but you aren’t right.