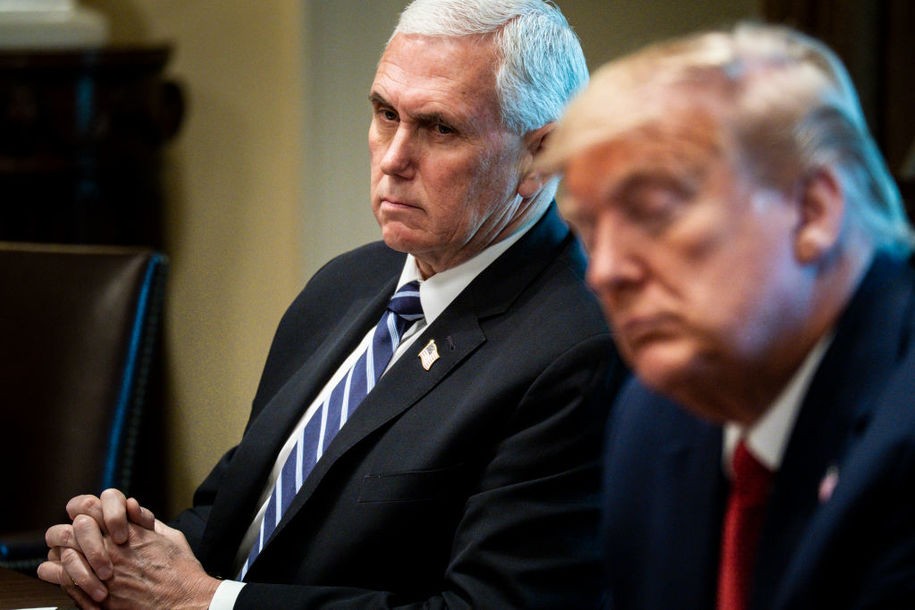 As Donald Trump is still yammering on, repeating a list of long-debunked lies about election fraud, and sprinkling his speech with multiple claims that Mike Pence has the authority to overturn the results of the election, Pence just issued a statement saying he disagrees.

It is my considered judgement that my oath to support and defend the Constitution constrains me from claiming unilateral authority to determine which electoral votes should be counted and which should not.

This doesn’t mean Pence doesn’t intend to give Republicans hours of prime time to air their false charges. He does. It doesn’t even absolutely guarantee that Pence doesn’t have some last minute maneuver in mind. But it certainly seems that Trump is about to be very, very disappointed in Mike.

At his pre-congressional hearing rally, Trump made numerous references to Pence. “I hope that Mike is going to do the right thing,” said Trump. “I hope so. All he has to do … this is from one of the top constitutional lawyers in our country. States want to revote. All Pence has to do is to send it back to the states to recertify, and we become president.” That was just the first of over a dozen points where Trump called on Pence to set aside the election results.

“Mike Pence is going to have to come through for us,” said Trump, “and if he doesn’t, that will be a sad day for our country.” At times, Trump seemed to be talking to an audience of one. “Mike Pence, I hope you going to stand up for the good of the country … and if you’re not, I’m going to be very disappointed, I’m telling you that right now. I’m not hearing good stories.”

Maybe Trump got an advance peek at Pence’s statement. Because while it leaves plenty of opportunity for Republicans to continue ripping their party in half by following Trump, it doesn’t seem to offer much hope that Pence is going to give Trump what he wants.

As the congressional meeting gets underway, the objection to Arizona’s votes has already been raised, triggering two hours of debate to be followed by a vote.