After inciting armed insurrection, Trump gets rage-y that aides are resigning 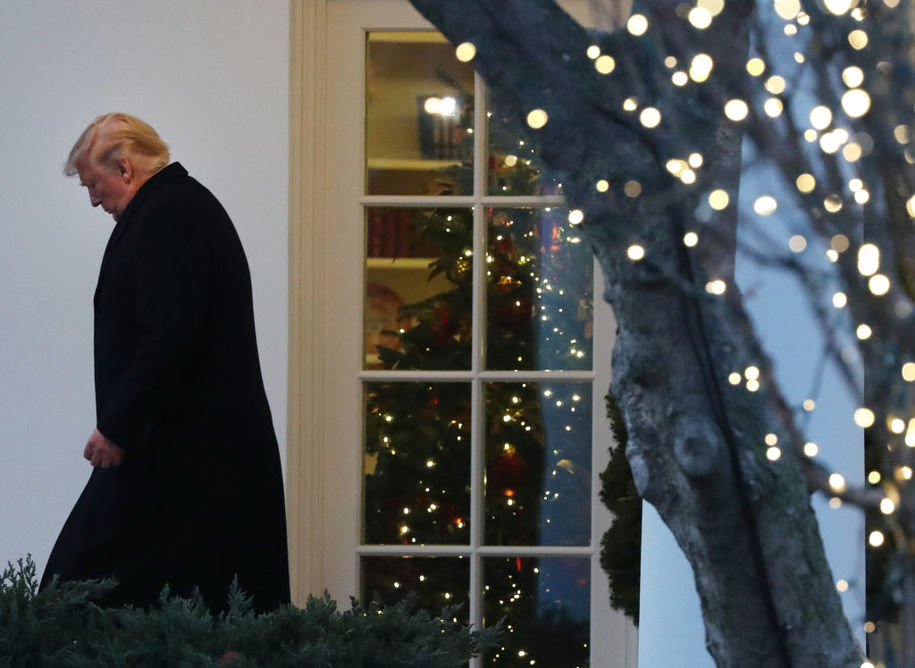 One day after inciting an armed insurrection at the U.S. Capitol, guess who feels victimized? Well, of course—Donald Trump! Sure, some people died, law enforcement officials were injured, federal property was destroyed, lawmakers huddled in gas masks on the floors of the congressional chambers, journalists feared for their lives, and the United States of America suffered its biggest international embarrassment since the day of its founding nearly 250 years ago—all at Trump’s direction.

But safely tucked inside the White House residence, sipping on Diet Cokes and consuming TV coverage of the melee he had whipped up, Trump seethed as he learned some White House aides weighed resigning, according to The Washington Post. Because that’s just what a petty garbage human being Trump is.

“I can’t do it. I can’t stay,” Mulvaney told CNBC. And get this: Mulvaney added Trump is “not the same as he was eight months ago.” Ya know, eight months ago, back when Trump was perfectly sane and reasonable. I mean, let’s be real, no one could have seen this coming from a man who spent four years pandering to dictators and had to be talked down from unleashing U.S. troops on peaceful civilian protesters. Apparently, Trump’s the neighborhood guy who lined his property with security cameras, got strange deliveries for years, and loved to talk explosives on the few occasions he could be engaged in neighborly conversation, but Mulvaney always thought he seemed like a perfectly nice IED enthusiast and never saw it coming.

Other members of Trump’s national security aides, including National Security Adviser Robert O’Brien and Deputy National Security Adviser Matthew Pottinger, are reportedly considering fleeing the scene too. There’s also been informal talk of removing Trump by invoking the 25th Amendment, but after four successive years of people close to Trump failing to protect the nation from him, I’m not holding my breath on anyone moving to actually remove him from office—an action that should have been triggered multiple times throughout his presidency.

Trump tried to stem the bleeding Thursday morning with yet another half-hearted statement in which he reiterated his conspiracy theories before feigning his commitment to peacefully transferring power:

“Even though I totally disagree with the outcome of the election, and the facts bear me out, nevertheless there will be an orderly transition on January 20th. I have always said we would continue our fight to ensure that only legal votes were counted. While this represents the end of the greatest first term in presidential history, it’s only the beginning of our fight to Make America Great Again.”

In Trump’s view, nothing was greater than watching a bunch of armed conspiracy-laden loyalists storm of the U.S. Capitol he has sworn to protect and threaten to drag to everyone, including his own vice president, out to the gallows to hang them for the fantasy treason they have supposedly committed.

In fact, Trump repeatedly declined to condemn the throng of terrorists, insisting that “the vast majority of them are peaceful.” Trump even refused to call into one of his once favorite news outlets, Fox News. One White House official told the Post, “He was a total monster today,” adding, “He’s so driven by this notion that he’s been treated unfairly that he can’t see the bigger picture.”

As ever, loser Trump can’t handle the truth, so he’s become the victim of his imaginary story line while, back in reality, everyone else pays the price.

Every damn one of those White House aides should resign. And if they’re too worried about what Trump would do in their absence to do so, then by God get in front of a microphone and come out publicly in favor of invoking the 25th Amendment in order to force the issue.

Trump didn’t just spend one singular day as a monster—he’s been a monster forever and has simply spent the last four years under the glare of the White House spotlight. Yet his enablers will continue enabling until the bitter end—may it come sooner rather than later.