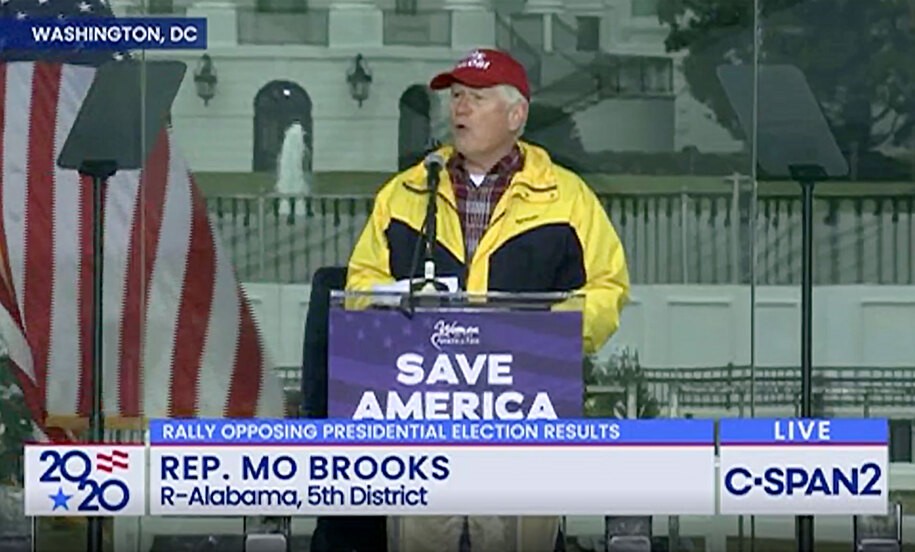 One of the worthless pieces of fascistic detritus, Republican Rep. Mo Brooks of Alabama, is out and about still trying to push the truly heinous fake conspiracy theory that antifa, not the QAnon, white nationalist, MAGA fascists that have been easily identified by news outlets, citizens of the U.S., and the FBI. On Thursday morning, the day after the siege on our Capitol left 5 Americans dead, Brooks was peddling this bullshit on his social media accounts: “Please, don’t be like #FakeNewsMedia, don’t rush to judgment on assault on Capitol. Wait for investigation. All may not be (and likely is not) what appears. Evidence growing that fascist ANTIFA orchestrated Capitol attack with clever mob control tactics.”

He ended that first tweet by saying writing “Evidence follows:” Let us be very clear, what followed was Brooks saying someone told him to sleep in his office the day before the riots because there was an antifa threat. Um, okay. That’s not evidence. It sounds more like a bad excuse you give your wife for why you didn’t come home Tuesday night. But maybe there’s a reason Mo is pushing so very hard to pretend that what everyone witnessed on Wednesday, the result of months and years of fiery  evidence free, rhetoric from right wingers like Mo, didn’t happen. Maybe to admit it was exactly who we know it was is to admit complicity and even guilt? It is hard to say, but if you go below the fold you can watch Mo Brooks speaking to the dunderheads that stormed our nation’s Capitol, just hours before they broke about 1,000 federal laws.

At the StopTheSteal rally, the morning of Wednesday, Jan. 6, Rep. Mo Brooks, wearing his bright MAGA hat on, telling the fakteriots in D.C. that morning that:

Today is the day American patriots start taking down names and kicking ass! Now, our ancestors sacrificed their blood, their sweat, their tears, their fortunes, and sometimes their lives, to give us, their descendants, an America that’s the greatest nation in world history. So I have a question for you: Are you willing to do the same? My answer is yes. Louder. Are you willing to do what it takes to fight for America? [cheers and applause] Louder! Will you fight for America?

He then gave a quote from Thomas Paine about “summer soldiers and sunshine patriots,” you know, the rousing American Revolution speech Paine gave. Brooks ended by saying that “we are gonna take it right at them,” meaning everyone who doesn’t agree that Donald Trump had won the election by getting less votes.