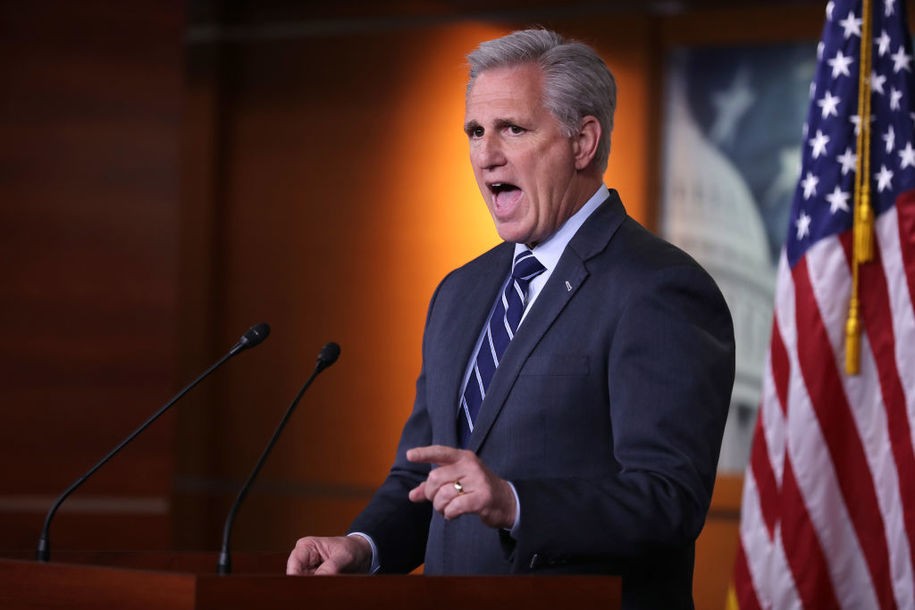 It’s a convenient time for Republicans’ craven conversion as they prepare to be relegated to minority status in Washington and spend the next few years pointing fingers and whining. And naturally they have zero shame about their hypocrisy, mainly using their unity calls as a club to chastise Democrats over their efforts to impeach Trump.

But the most glaring aspect of the calls for unity is who they are coming from. Naturally, it’s the worst of the worst offenders—the GOP lawmakers who backed Trump at every turn, echoed his dangerous and deceptive fraud claims, and voted for his objections to certification in what amounted to a fascist effort to disenfranchise the will of the people.

“I’ve reached out to President-elect Biden today & plan to speak to him about how we must work together to lower the temperature & unite the country to solve America’s challenges,” McCarthy tweeted.

Save it, Kev. The only worthy thing McCarthy has left to offer the country is to resign his position and leave Congress after he poured gasoline on the fire that exploded at the Capitol last week.

Same goes for Sen. Ted Cruz of Texas, who was among the first Senate Republicans to say he would join GOP House members in opposing certification of the Electoral College votes. The very day of the violent assault, Cruz, who was uniquely responsible for stoking the unhinged fervor that ultimately cost lives, was blaming people who had no role in the incitement.

Hearing these seditionists now make calls for unity after they nearly destroyed the country in a matter of four years is truly special. If there’s one saving grace here, it’s that calls for the resignations of McCarthy, Cruz, and Sen. Josh Hawley of Missouri continue to flow.

Dem. Sen. Whitehouse (Judiciary): “The Senate Ethics Committee must consider the expulsion, or censure and punishment, of Senators Cruz, Hawley… Because of massive potential conflict of interest, Senators Cruz, Hawley, and Johnson need to be off all relevant committees.”

Tomorrow, I’m introducing my resolution to expel the members of Congress who tried to overturn the election and incited a white supremacist coup attempt that has left people dead. They have violated the 14th Amendment. We can’t have unity without accountability.

“We can’t have unity without accountability” is exactly right. If people like McCarthy, Cruz, Hawley, and others who helped push Trump supporters into this frenzy escape without consequence, they will simply continue poisoning the well in perpetuity to their own benefit.