Republicans helped Trump inspire a violent insurrection. They have done nothing to disavow it 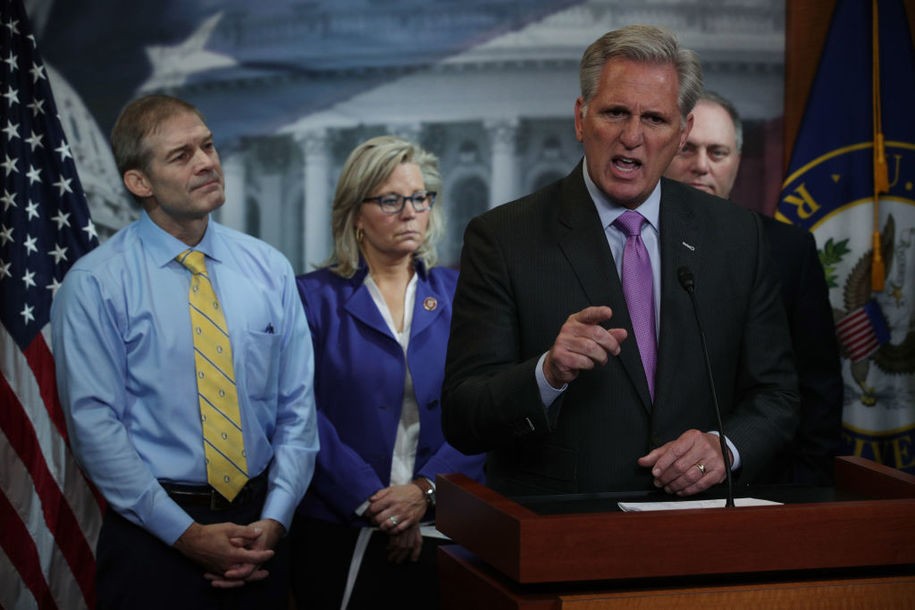 In the wake of a deadly attack many of them helped incite, Republicans are only continuing their descent into ignominy. The only way out is for them to take responsibility for their actions and actually admit that they helped their mentally unhinged leader—Donald Trump—sic a mob of his foaming-at-the-mouth cultists on U.S. lawmakers at the Capitol last week.

Instead, they have dug in their heels and unleashed a Gatling gun round of finger-pointing at Democrats, who are moving swiftly to hold Trump to account through impeachment charges. Democrats, they claim, are being divisive by trying to protect the country from further abuses by a madman.

Shortly before convening a conference call of House Republicans on Monday, Minority Leader Kevin McCarthy (R-Calif.) sent a missive asserting that “an impeachment at this time would have the opposite effect of bringing our country together when we need to get America back on a path towards unity and civility.” …

“After the abhorrent violence we saw last week, our country desperately needs to heal and unify,” RNC Chairwoman Ronna McDaniel said. “I have concerns that impeachment proceedings will only divide us further.”

McCarthy’s empty rhetoric about “unity and civility” is particularly precious given his role in perpetrating Trump’s lie that the election was stolen. Not only did he sign on to the GOP legal challenge to the election results and vote to oppose congressional certification after the siege, he also used his platform to push Trump’s baseless claims into the ecosphere.

.@GOPLeader Kevin McCarthy was laying the groundwork for the attack on the Capitol for months. 11/5/2020: “President Trump won this election, so everyone who’s listening, do not be quiet. We cannot allow this to happen before our very eyes… join together and let’s stop this.” pic.twitter.com/9Ys6elhUln

Immediately following the election, McCarthy started pumping Trump’s crap to the GOP base. “President Trump won this election, so everyone who’s listening, do not be quiet,” McCarthy told Fox News viewers on Nov. 5. “We cannot allow this to happen before our very eyes … join together and let’s stop this.”

There’s much much more, and The New York Times has a nice roundup of it.

But the GOP, and particularly its leadership, is continuing to prove that there’s no end to how morally bankrupt the party is—not even after they helped inspire a violent coup attempt that cost lives. Just like with Trump, there’s no bottom.

Anti-vaxx Chronicles: Unfortunately, Canada isn’t immune, has its own deplorables