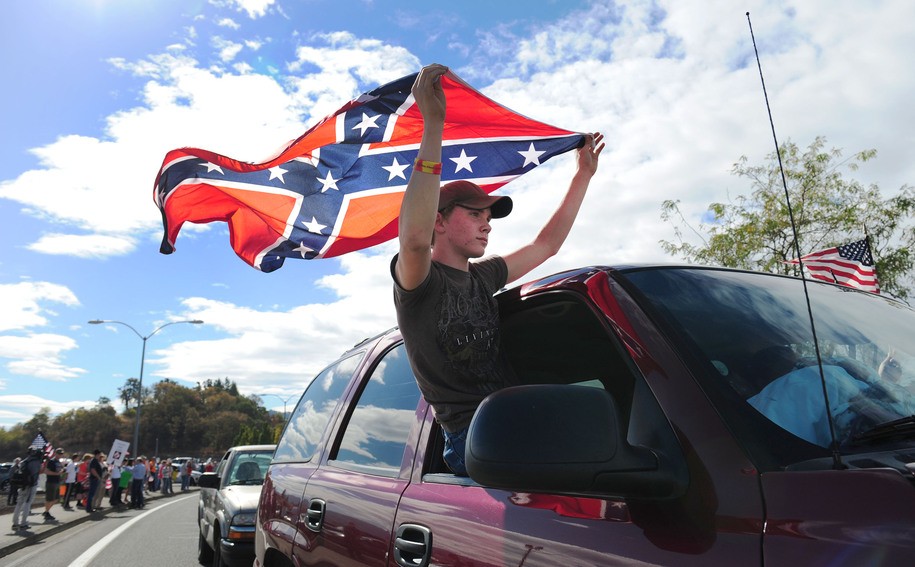 A few weeks ago, it was still possible to compare the daily deaths from COVID-19 to some past events. 9/11. Or Pearl Harbor. Or D-Day. But all of that went by the wayside as the number of those falling to the virus each day passed 3,000. Then 4,000. 2020 likely saw an unprecedented use of “unprecedented,” and when it comes to the pandemic, that bit of justified awfulness is far from over.

Even in the middle of a pandemic that is killing Americans faster than any war in history, there are still some situations that stand out for the extra awfulness that people can show to each other. That’s certainly true of the Republicans in Congress who refused to wear a mask even as they were huddling together under threat of death from a rampaging mob. As a result, at least four members of Congress have since tested positive.

But there may be no better example of just how terrible people can be, than a tiny group called “Citizens Against Tyranny” in the mid-sized city of Roseburg, Oregon.

As the La Grande Observer reports, this group formed for a specific purpose — to punish anyone who complains about violations of safety regulations connected to COVID-19. That includes publishing the names of anyone who reports safety violations to Oregon’s Occupational Safety and Health Administration on “The LIST.”

Two women, both senior citizens and Douglas County residents, were recently fingered by this organization. Their names were published on a website called citizensagainsttyranny.net as part of “The LIST,” and they were labeled “Filthy Traitors.” The words were spattered in red, as if to indicate blood.

This group, which labeled two elderly women “filthy traitors” for upholding a law that’s meant to save not just their lives, but also the lives of their fellow citizens, is supported by Republican state lawmaker Dallas Heard. Which might not be surprising, since in a December session of the Oregon legislature, Heard declared that attempts to halt the pandemic were “campaign against the people and the children of God.” At that point he ripped off his mask and stormed out of the senate. Heard doesn’t just support the Citizens Against Tyranny, he has encouraged it in a plan to ban all those who the organization has doxxed from being served by any local business. “Their faces and their names and what they did must be known,” said Heard.

He may not be the last politician to sign on to the group. Because Citizens Against Tyranny is demanding that all elected officials sign the group’s declaration or face recall.

When it comes to the two women that have so far been singled out as filthy traitors, one was surprised to see her name included, saying she had never called the Occupational Safety and Health Administration (OSHA) about anything. As for the other woman, she reported a local grocery store for not having workers wear masks—in violation of state regulations—even after she had made a complaint to the store. The woman did so because “she wanted to help an elderly friend of a friend in her 80s who has access to no other grocery store.” That’s who Heard and his pals have labeled a “filthy traitor.”

One way or another, Donald Trump will be removed from the White House in under 100 hours. But a culture of bullying, of nastiness, of inhumane self-justified awfulness, has been growing for decades and nursed into full bloom under his watch.