Some police allied themselves with the insurrection, and nobody can say they didn’t see it coming 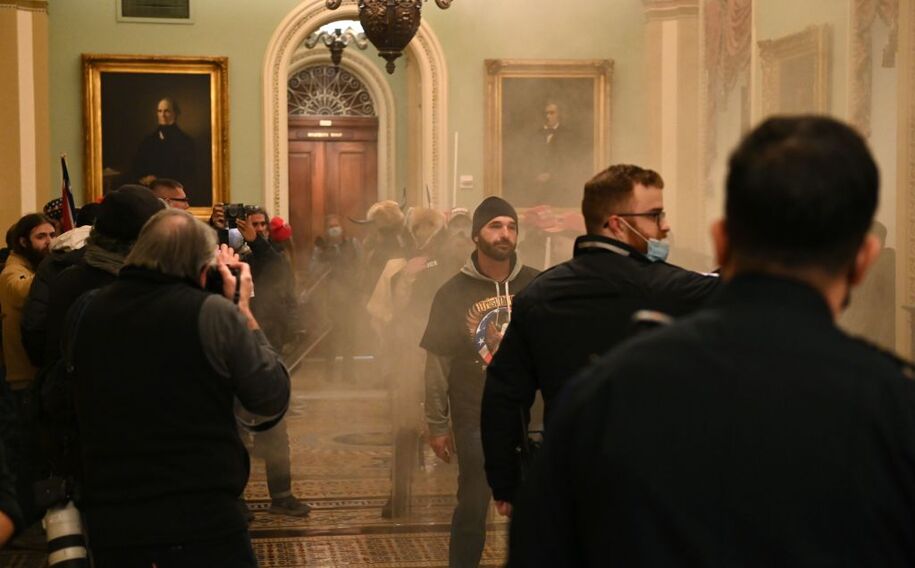 Law enforcement agencies around this country are dens of racism, white supremacy, authoritarianism, and fascism. This has been true, and has been known, forever. The duties of the job naturally attract not just those individuals who most want to protect their communities, but those who salivate over the prospects of using violence under color of law, either for personal pleasure or to enact an agenda that requires violence to maintain.

If you’re an American fascist, there’s no better place to be than in a position where you are allowed to brutalize your enemies with the nearly assured backing of peers and some of the most powerful organizations in the nation. And so they flock in, often in such numbers as to drive those with integrity out.

At least 28 sworn members of law enforcement have now been identified among those who attacked Capitol Police and offices, and this number is likely to grow. A rundown of those identified by The Appeal shows the participants match the expected profile: avid Trump supporters, many of them racists, many of them conspiracy theorists, many of them willing to commit violence for a political cause.

Which can be summed up as “are Trump supporters” since the rest of it follows naturally.

An even bigger problem in this particular moment: The United States Capitol Police itself has been awash in the same open racism, white supremacy, and push towards fascism that has overwhelmed other departments across the nation. Black Capitol Police officers have been suing the department and warning of systemic racism for two decades. We saw some of the results on that Wednesday when a Black officer became a hero for luring the violent crowd away from sheltering lawmakers while some of his colleagues gave directions to the mob, donned MAGA hats, and posed with the assembled terrorists.

ProPublica details the long, long history of racism within the department, and it is a grim read—and not just because the apparent alliance of some officers with the invading insurrectionists seems self-evident in hindsight.

Congress “only become[s] involved in oversight when it’s in the news cycle,” retired Lt. Frank Adams told ProPublica. “They ignored the racism happening in the department. They ignored the hate.” Adams sued the department twice for racial discrimination; hundreds of other officers have done likewise.

A furious Rep. Tim Ryan, chair of the House Appropriations legislative branch subcommittee, is singling out Capitol Police leadership for stonewalling information about the attack. “We are having a hell of a time getting information out of” those leaders, says Ryan.

It is little wonder, of course. The success of insurrectionists in very nearly murdering top United States officials signals, at the least, widespread gross incompetence not just in Capitol Police leadership but from the FBI, the Department of Justice, the Department of Defense, and an array of supposed security-focused agencies. It was a catastrophic failure—if not an intentional one.

The department’s own history of enabling racism raises legitimate questions as to whether some officers allied themselves with the invading fascists. The installation of dozens upon dozens of Trump-loyal authoritarian incompetents raises more. We are likely to learn a great deal about the true fragility of our government in coming months, and it is likely to be horrifying.