A people-centered approach to public safety is long overdue 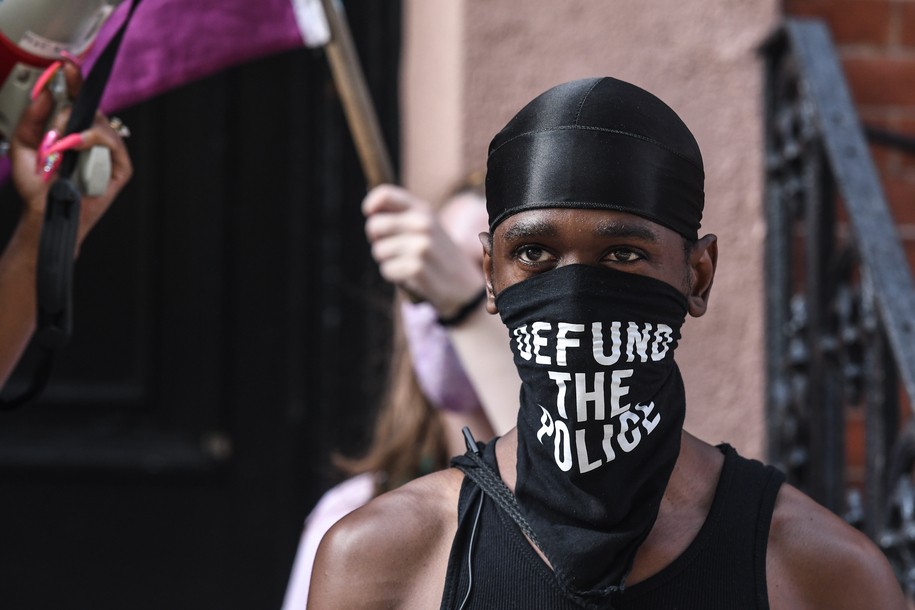 We are in a moment where the legitimacy of the institution of policing is being questioned and side-eyed. Liberation movements have cried loud and spared not the daily killings of Black people at the hands of the police. They’ve woken up the consciousness of everyday people about the history and peculiar past of the force once known as slave-catchers, union-busters, and pigs (“Officer Friendly” left that out of my second grade orientation on the police). The amount of money an institution—which is known for being infiltrated by the KKK and other white nationalist formations—had been raking in from municipal budgets caught shade from many. Others willingly became fascinated by the demand to “defund the police” while ignoring the conditions that make the demand a life-saving solution. Unfortunately, what we are up against is worse than the militarized occupying force itself. Those with a liberated vision are battling those who have a vision rooted in containment, authoritarianism, capitalist greed, generations of oppression, and liberal complacency. The latter is where we as abolitionists find both one of our greatest challenges and the greatest hope for change.

Often when I’m talking to my family and folks on the block about the possibility of a world without police, they think I’m ridiculous. Mostly they respond with, “Who is going to come?” Though most don’t fuck with the police, hate to see the murders, have had negative experiences with the police, and may even have been to a protest or two, the reality is that they’re going to call them if some shit goes down. One may ask given all that, “Why then do we call our enemy when we are in need of help?” First and foremost, if we underestimate and minimize the way historical and present-day genocide by the U.S. settler-colonials affects oppressed communities, then we don’t actually care about solutions. We just want people to shut up and obey.

The magnitude of terror, violent oppression, and repression carried out by guns, policies, and mass media to manipulate, confuse, control, scare, and misinform Black and oppressed people must be deeply and widely understood. It’s evident in the distorted relationship between colonized Black people and the kidnappers (the U.S. empire) whose rule we are subject to. Stockholm syndrome has plagued oppressed communities for too long. When a police officer kills another Black person, you can hear the mental chains begin to break with every chant of “Who keeps us safe? We keep us safe!” It’s the breaking of this particular chain where hope must dwell, where vision must be sown, where our collective self-determination must be harvested.

Secondly, who is going to come? We will—the people and communities that we belong to. Defunding the police is a budget fight, but it’s also an invitation to be in relationship with each other in ways that the modern isolated and capitalist society has left malnourished. We literally live in a world right now where you can have 5,000 Facebook “friends” and folks don’t have anyone to call when harm happens. Now is the time when we must build the pods we need to extend to each other in good and bad times. We need trauma-informed and culturally relevant de-escalation, conflict management, disarming, and active shooter training in every church, public school, community center, barbershop, and salon. We must turn on our ears and notice when folks in our families and neighbors are dealing with a crisis.

A few weeks ago, a neighbor asked me to help with his car troubles. The gravity of the car not starting and a host of other problems that were troubling his mind began to weigh on him. What went from a casual conversation and a CD lecture by Malcolm X playing from my car stereo turned into him admitting he wanted to die and was ready to give up. He said the world isn’t made for Black men like him. He dropped into a level of vulnerability that required me to meet him in the spirit. He wanted and needed to be seen, heard, felt, and listened to. I took a deep breath, tapped into spirit, and spoke life back into the dry bones that seemed to surround him.

I could have second guessed myself because hell, I’m no therapist, counselor, or pastor—and I damn sure ain’t the police. What I am is a Black mother, neighbor, and human who has been in that dark place of hopelessness before and an abolitionist who is clear that we must be the change we want to bring into the world. Oftentimes harm can be prevented if we take the time to see each other—I mean really see each other—and offer love and support before he beats her again, they forget to take their medication, or when young toughs are arguing over a card game. That takes courage and commitment and it starts with building and deepening the relationships with the people around us—not just those who send us friend requests. We must fortify the village by uniting the village.

I was near nine months pregnant when another woman violated my safety and the safety of my unborn child. She kicked in my door. She busted the window. Someone called the police. The thought I can’t believe the first time I go to jail is because I am fighting with another Black woman, ran through my head as the police put me in handcuffs. I was ashamed that I had this much beef in my life and I couldn’t manage the conflict that had been escalating for over a year. My abolitionist creds were being tried. I had another Black woman waiting to be birthed and raised, and weeks after the incident, she was “overdue.”

Something in my spirit told me that my daughter would not come until she knew I could assure her that it was safe to come out. My family and friends were doing all they could to create a hedge of protection around me and were standing by. As the days grew and there was no sign of active labor, I found myself in a victim’s advocacy office applying for a restraining order. I didn’t believe the police would prevent anything from happening, but I knew that my harasser respected state-sanctioned authority. I was summoned to court where a judge would rule on whether I had qualifying reasons to tell her not to violate my space. Wild, right? After hearing the matter, the older white man judge agreed with me and placed a restraining order on my harasser, forbidding her from coming into contact with me for a year. Four hours later, I was in active labor.

Transformation is long overdue. We know good and well that the current discourse and practice of “public safety” will continue to center profit and punishment if we don’t make the hard turn toward a people-centered approach to harm that is restorative and generative. We don’t have to keep living like this, nor should our people have to keep dying like this. I know it’s much easier to let the racist institutions like policing come into our communities and disappear problems that we don’t want to have to deal with. It’s easy to ignore the fact that we have a state-sanctioned militarized force to protect the rich, property, and a white supremacist agenda while sacrificing the life, safety, and dignity of oppressed people and the sacredness of Mother Earth.

It’s hard to birth a new world, to create new systems and practices, and we should not expect it to be easy. At this point our choices are clear, but our courage and willingness is in question. Who do we want to be?  What do we care about? What do we want? What are we willing to do to get it? When a child is ready to come into the world, the pain for some is unbearable, but anything worth having is worth the struggle it will take to get it. We owe it to so many people—Nat, Harriet, Emmett, Malcolm, Assata, Breonna, Nia, George, ourselves, and those who will come after us—to keep learning, to keep building, and to keep pushing, because our liberation is long overdue.

Mary Hooks is a Prism Senior Fellow focused on Black and LGBTQ+ liberation in the South. A Black lesbian, feminist, and mother, Mary is co-director of Southerners on New Ground (SONG).