Hop on the joy train! A roundup of reactions to a new day in America 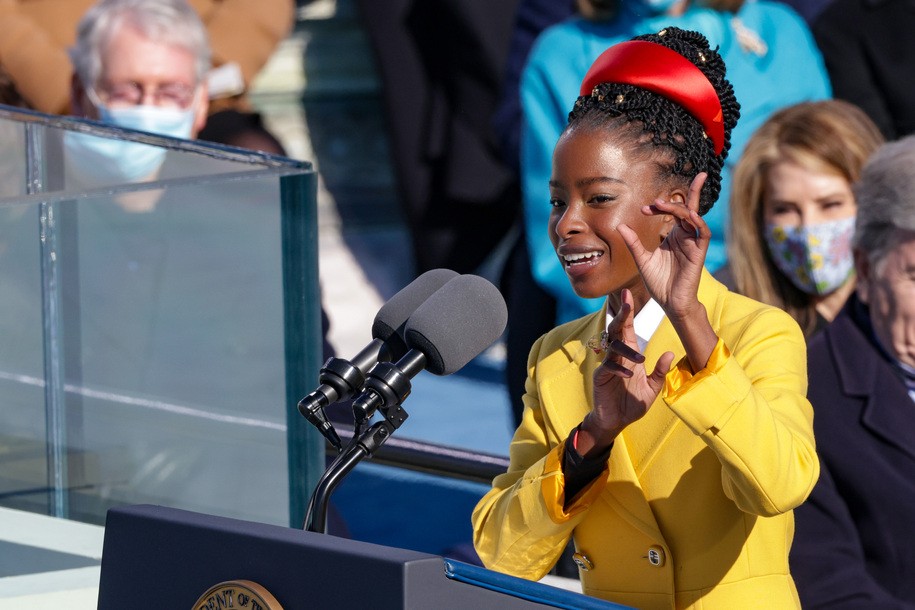 Celebration takes many forms for people. There is yelping and drinking and crying and smiling. There is dancing and weeping and praying and thanking. Today’s inauguration was a relief for possibly billions of people across the world, as the United States kept one of its most fundamental promises to humanity—a democratically elected leader replaced another leader, without a successful coup d’etat taking place. And while this is a low bar for hope these days, it is an important marker.

Let’s take a trip around the internets and see how people are experiencing the catharsis that is the end of the Trump administration! After Lady Gaga performed the national anthem, Fire Captain Andrea M. Hall signed and said the Pledge of Allegiance.

Simultaneously leading the Pledge in both spoken English *and* ASL is extraordinary. Haven’t seen that before. pic.twitter.com/OefIxQSYrN

Guess we’re done being subtle about it, huh? pic.twitter.com/ogGg50K7Ht

Then came Kamala Harris being sworn in by Justice Sonia Sotomayor, to become the highest-ranked woman in the history of our country, and the first Black American and the first person of South Asian descent to hold the vice president position.

It’s an honor to be your Vice President. pic.twitter.com/iM3BxJzz6E

You got this VP Kamala Harris! We gotcha back 🙏🏾🙏🏾🙏🏾💕💚 pic.twitter.com/I6hXNblhm2

Chief Justice John G. Roberts swore in Joe Biden as the 46th president of the United States, and Biden gave an inaugural address free of the vitriol and fascism we have experienced the last four years.

#WATCH: Joe Biden’s full speech after being sworn in as President of the United States. https://t.co/Gr2VQJi3Gr pic.twitter.com/I9KjaeeIDz

And check it out. Time to get to work.

There is no time to waste when it comes to tackling the crises we face. That’s why today, I am heading to the Oval Office to get right to work delivering bold action and immediate relief for American families.

Wild. Not all caps. A true highlight closing our the proceedings was the recitation of a poem written by the United States’ first Youth Poet Laureate Amanda Gorman.

Here’s the full poem from Amanda Gorman, who is the youngest poet to ever read at an inauguration. “Somehow we’ve weathered and witnessed a nation that isn’t broken, but simply unfinished.” pic.twitter.com/0Hxeuqnt3d

Vice President Kamala Harris wasn’t the only history made today.

And here are some celebratory jokes of joy.

He seems like a very happy old man looking forward to a bright and wonderful future. So nice to see! pic.twitter.com/G8gObLhsz9

WHAT’S HAPPENING TO ME?!? pic.twitter.com/xS4W5J89FJ

A Parks and Recreation joke.

A Next Generation joke.

A visual history of politics in the 2000s.

INAUGURATION FUN FACT: Biden’s inauguration marks the first time in four years that a President has appeared with a Bible in public without the aid of tear gas

“And then he called me ‘Sleepy Joe'” pic.twitter.com/5BoLjjsWeZ

Not sure who made this masterpiece but 💀💀💀 pic.twitter.com/PmUP4eo8yI

And a sidenote: Bernie destroyed it with the fashion.

Bernie is your uncle who walks into your graduation dinner, hands you a check he just ripped out of his checkbook, no card, and asks the waiter where the nearest UPS Dropbox is because he needs to return something while he’s out. pic.twitter.com/Hpc8EWABCl

It must have been lonely to be the only hardworking American at the White House these last four years.

Smile. There’s a lot of work to be done but none of us are alone in all of this.

Share your feelings or grind your teeth a little (whatever relaxes you) in the comments.