McConnell’s white supremacist roots are showing in his filibuster fight 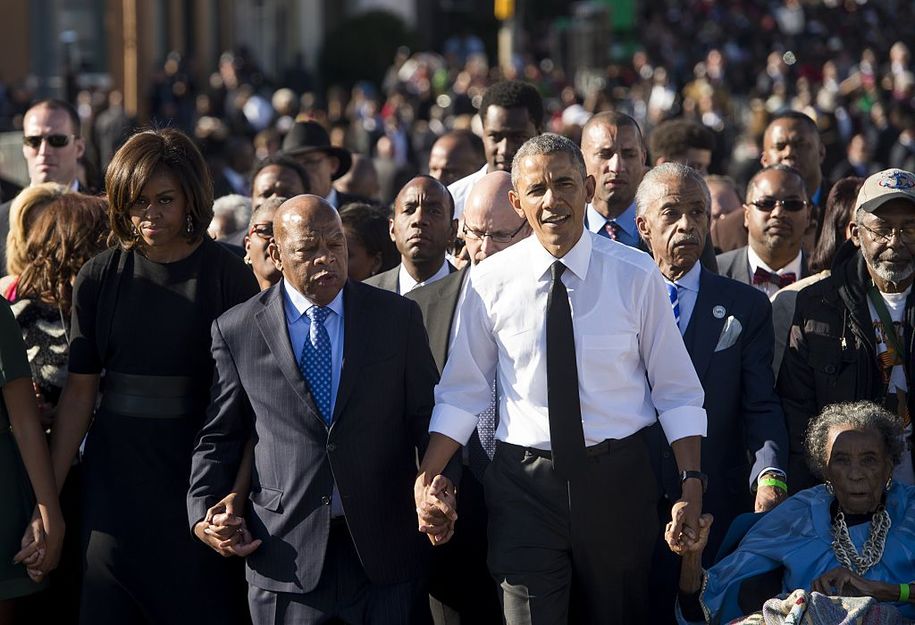 With every day that passes in which Minority Leader Mitch McConnell filibusters the organizing resolution for the Senate to pass unless Democrats promise him he can filibuster President Biden’s agenda in the coming years, he further cements his legacy. Not as a Senate mastermind, but as a white supremacist extortionist. Mind you, he’s been that for most of his career, but didn’t really come into full realization of it until the nation elected a Black man, President Barack Obama. He did it in large part by using the filibuster, a “Jim Crow relic” in Obama’s own words.

Obama called for eliminating the filibuster in his eulogy for Rep. John Lewis to pass the John Lewis Voting Rights Act, “making sure every American is automatically registered to vote, […]  adding polling places, and expanding early voting, and making Election Day a national holiday, […] guaranteeing that every American citizen has equal representation in our government, including the American citizens who live in Washington, D.C. and in Puerto Rico, […] ending some of the partisan gerrymandering—so that all voters have the power to choose their politicians, not the other way around.” Not to put too fine a point on it, the filibuster is far from being an institution created by the Framers of the Constitution to preserve the rights of the minority.

In fact, as Senate procedural expert Adam Jentleson writes, the Framers “wanted the Senate to be a place where debate was thorough and thoughtful, but limited, and where bills passed or failed on majority votes when it became clear to reasonable minds that debate was exhausted.” Thomas Jefferson wrote an early manual for the Senate establishing “procedures for silencing senators who debated ‘superfluous, or tediously.'” They had experienced the need for supermajorities in the Articles of Confederation, and explicitly abandoned them in the Constitution. In Federalist 22, Alexander Hamilton wrote about supermajority requirements, “What at first sight may seem a remedy, is, in reality, a poison.” Requiring “more than a majority,” he wrote, would be “to embarrass the administration, to destroy the energy of the government, and to substitute the pleasure, caprice or artifices” of a minority to the “regular deliberations and decisions of a respectable majority.” As Jentleson said in Daily Kos’s “The Brief” last week, the Framers foresaw a Mitch McConnell, and also defined him: “pertinacious.”

The filibuster quite literally came about in the 19th century to fight the abolition of slaves. “South Carolinian John C. Calhoun,” Jentleson writes, “envisioned a Senate where this powerful pro-slavery minority would have not just the voice Madison intended but a veto—or as he put it, ‘a negative on the others.'” His talking filibuster morphed over the decades into the 1917 Jim Crow-era Rule 22, which required a supermajority to (now 60 senators) to overcome a legislative filibuster. “Southerners inflated the minority’s right to unlimited debate with soaring oratory backed by intimidation from their monopoly of the Senate’s all-powerful committees,” Jentleson explains, “which controlled the prospects for legislation as well as senators’ careers.” For the next 50 or so years, the filibuster “killed only civil rights bills.”

Princeton University historian Julian Zelizer elaborates on the Jim Crow roots of the practice. “In 1951, the Leadership Conference on Civil Rights ranked filibuster reform alongside criminalizing lynching and ending segregation,” he writes. “Civil rights activists knew that the filibuster was one of the most potent weapons used by southern reactionaries to prevent racial justice.”

And here we are again, with President Biden and a Democratic Senate majority that is making explicit their intent to address racial injustice, to tackle the racial disparities in the COVID-19 crisis, to rebalance federal courts, to create a pathway to citizenship for undocumented workers. Up steps white supremacist, extortionist Mitch McConnell, taking that entire agenda hostage. Again.

Barack Obama is exactly right. The filibuster is a “Jim Crow relic” that stands in the way of progress. It’s up to us to finish John Lewis’s fight. To finally remove every last remnant of Jim Crow and build a democracy that works for everyone. pic.twitter.com/GT5FTlGki7