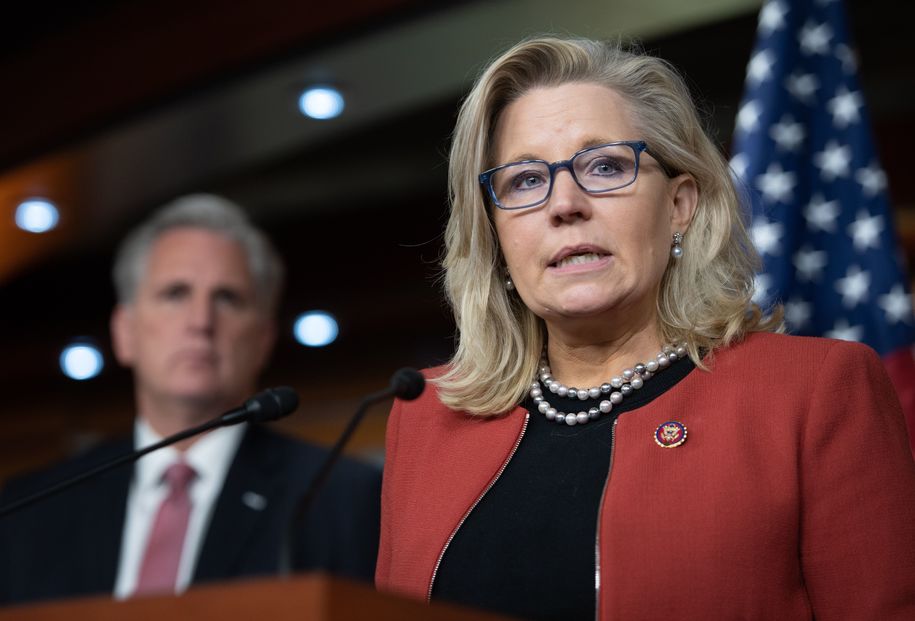 Following the House’s recent move to impeach Donald Trump for incitement of insurrection, the 10 Republicans who voted in favor of holding Trump accountable for his actions are now almost all facing intense intra-party anger—including, in many cases, talk of potential primary challenges. Here’s the latest on each:

CA-21: Republican leaders in Fresno County are enraged with Rep. David Valadao, with the local party’s chair saying his organization wouldn’t support the congressman “if the election were held today.” But Valadao is at least somewhat insulated thanks to California’s top-two primary system, which makes it exceedingly hard for partisans to oust incumbents in a primary since they’d have to finish third to miss out on the November general election—something that’s never happened in a congressional race.

IL-16: Politico reports that Gene Koprowski, a former official with a conservative think tank called the Heartland Institute, “is already running” against Rep. Adam Kinzinger, but he doesn’t appear to have done anything more than file paperwork with the FEC. Koprowski appears to have no social media presence, and if he did launch a campaign, he managed to earn zero attention from local press. He did, however, gain some notice in 2018 when HuffPost reported that he’d been charged with stalking a female colleague, and that senior Heartland officials sought to protect him.

MI-03: Army National Guard veteran Tom Norton, who unsuccessfully sought the GOP nod in Michigan’s 3rd District last year when it was an open seat last year, is running against Rep. Peter Meijer once again. Norton raised very little and finished a distant third with just 16% of the vote. His Twitter feed is filled with remarks like, “If there is no such thing as gender, how can @KamalaHarris be a historic female?” and “If your gay go be gay that is your right. But when you remove a body part your not a woman your still a man.  We are normalizing crazy.”

MI-06: There hasn’t been any reporting yet about backlash directed at veteran Rep. Fred Upton, but that doesn’t mean there isn’t any. Upton, a relative pragmatist in today’s GOP, has often been targeted in primaries for his previous apostasies, and last year, he turned in a relatively soft 63-37 win over businesswoman Elena Oelke, who appears to have raised no money at all.

NY-24: Local Republican and Conservative Party officials are quite pissed at Rep. John Katko, though there’s been no real talk of a primary challenge yet. However, Katko was already on thin ice with the Conservative Party, whom he infuriated last cycle when he cosponsored a bill that condemned Trump’s ban on transgender Americans serving in the armed forces. Some (but not all) of the damage was later repaired, but loss of Conservative support could prove very dangerous: In 2018, Katko defeated Democrat Dana Balter by 13,694 votes while earning 16,972 votes on the Conservative Party line. New York’s 24th is one of just two districts Joe Biden won on this list (along with California’s 21st), so defections on Katko’s right flank could cause him serious trouble in the general election as much as in a primary.

OH-16: Former state Rep. Christina Hagan, who sought Ohio’s 16th District once before, “is not ruling out” a challenge to Rep. Anthony Gonzalez, says Politico. Hagan lost to Gonzalez 53-41 in the GOP primary in 2018, when the 16th had become open, then ran unsuccessfully in the neighboring 13th District last year, falling 52-45 to Democratic Rep. Tim Ryan.

SC-07: We’ve previously written about two Republicans who are considering challenges to Rep. Tom Rice, but now a third is threatening to enter the fray. Former NYPD officer John Cummings, who raised $11 million in a futile bid against AOC last year, is reportedly thinking about taking his grift show down South for a potential primary bid. Rice may be the most vulnerable Republican on this list because South Carolina, alone among these nine states, requires runoffs if no candidate secures a majority, meaning Rice can’t pin his hopes of survival on winning renomination with a mere plurality.

WA-03, WA-04: Republican leaders in Washington’s 3rd and 4th Districts are hopping mad and say they expect both Reps. Jaime Herrera Beutler and Dan Newhouse to face primary challenges, though no names have emerged yet. However, like Valadao, both enjoy a measure of protection thanks to Washington’s top-two primary system, which works just like California’s.

WY-AL: Politico reports that Air Force veteran Bryan Miller is “expected” to run against Rep. Liz Cheney, though in a brief quote, he doesn’t say anything about his plans. If he does enter, however, that might paradoxically be good news for Cheney, since she already landed one credible opponent, state Sen. Anthony Bouchard, just the other day. Unlike Tom Rice in South Carolina, Cheney could escape with a plurality because Wyoming has no runoffs.