Trump’s extraordinary efforts to overturn the election: A timeline 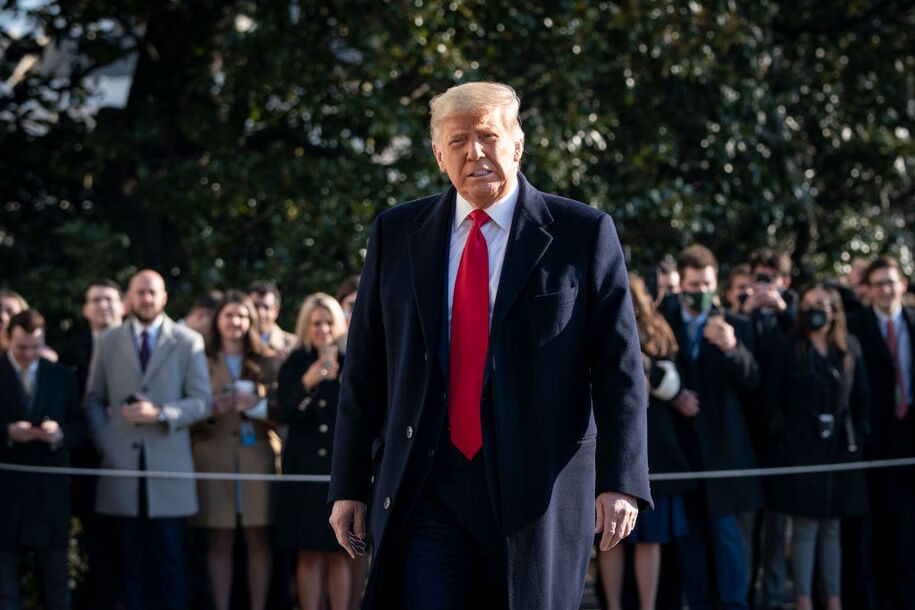 Even as the votes continued to be counted in the early hours of Nov. 4, one thing became obvious before dawn: Joe Biden was going to be the next president of the United States. Though networks were extremely slow to acknowledge Biden’s wins across Rust Belt states, every model showed that Biden was going to win decisively in Minnesota and Michigan. Though Donald Trump had a large early lead among votes counted in Pennsylvania, it was easy to see from the make up of those votes that this was going to change. The closest of these swing states, Wisconsin, had already been called by the Associated Press. While it would take all the way until Saturday before networks made the final call, really the only thing in doubt by that point was the exact size of Biden’s victory.

Since Trump is constitutionally incapable of admitting a mistake, but only responds to errors by doubling down, everything that happened after that might have been predicted. Even so, the catalog of actions Trump took in an effort to subvert democracy is astounding.

Trump’s efforts to overturn the election results can be broken down into five broad categories:

In this timeline, the legal challenges are given very light treatment. Most of the 62 lawsuits filed by Trump’s legal team—teams, actually—were aimed at overturning the vote in one of six states: Arizona, Georgia, Michigan, Nevada, Pennsylvania, and Wisconsin. The only lawsuit that Trump’s team won out of this whole collection was a ruling on how long voters had to “cure” mail-in ballots in Pennsylvania … which ultimately had no effect on the results in that state. So only a few “highlights” of these challenges are provided in this far-from-complete timeline.

🟡 Nov. 04—A mob of Trump supporters gathers outside the Maricopa County Elections Department offices in Phoenix, Arizona, claiming that Republican votes are not being counted because of “SharpieGate.” First “Stop the Steal” group forms on Facebook.

🔵 Nov. 05—Trump initiates a string of lawsuits, including sending Pam Bondi and Corey Lewandowski to Pennsylvania for threatened legal action.

🟠 Nov. 10—Mike Pompeo declares there will be a ”smooth transition to a second Trump administration.”

🟡 Nov. 10—Trump pressures Georgia Senate candidates Kelly Loeffler and David Perdue to support his claims of election fraud in that state, or be cut off from his support in their Senate runoffs.

🔵 Nov. 12—Trump lawsuits in Arizona founder, as lawyers withdraw and the Trump team asks a judge to seal the evidence.

🔴 Nov. 14—Trump stages “Million MAGA March” in Washington D.C., including a “Stop the Steal” rally and thousands of white supremacist extremists descend upon the capital city in a preview of the  Jan. 6 insurgency. Violence erupts among MAGA marchers, as groups including Proud Boys, American Guard, and Oath Keepers instigate assaults … as Trump sent statements of encouragement.

🔵 Nov. 16—Trump’s legal team is forced to retract a major portion of Pennsylvania lawsuit after being caught in a lie.

🟢 Nov. 18—Trump demands recount of the two most Democratic counties in Wisconsin.

🔴 Nov. 18—Arizona Secretary of State releases a statement in response to continued threats of violence.

🟡 Nov. 19—Trump calls members of thee Wayne County, Michigan Board of Canvassers in attempt to prevent certification of votes from Detroit.

🔵 Nov. 19—Sidney Powell calls for votes to be overturned in all states Biden won as Trump “exerts full power of his office” to reverse election.

🟡 Nov 20—Trump summons Michigan Speaker of the House Lee Chatfield and state Senate Majority Leader Mike Shirkey to the White House in an effort to persuade them to block certification of votes in Wayne County.

🟢 Nov. 30—Wisconsin conducts a recount in only the two most heavily Democratic counties (the only counties where Trump would pay for it). Biden picks up 87 votes.

🟡 Nov. 30—Rudy Giuliani appears before the Arizona legislature, urging them to throw out election results and name a slate of Trump electors.

🟢 Dec. 07—Georgia conducts a machine recount and audit of votes.

🔴 Dec. 07—“Stop the Steal” protests funded by the Trump campaign continue to bring out armed extremists across the nation.

🟠 Dec. 08—Republican leaders in Congress cooperate with Trump to block Joe Biden from access to information and funds needed for transition.

🔵 Dec. 09—Michigan Supreme Court rejects a request for a “special master” to take control of ballots and order a third-party recount in Detroit in narrow 4-3 decision.

🔵 Dec. 11—The Supreme Court rejects a lawsuit filed by Texas Attorney General Ken Paxton, that attempts to overturn vote in four other states. That lawsuit was supported by other Republican attorneys general, and by 126 Republican members of the House.

🟠 Dec 11—Trump plans to insert Kash Patel as deputy to CIA Director Gina Haspel, and then fire Haspel, making Patel acting director. The plan falls apart when Haspel threatens to resign and reveal everything that’s been going on.

🔴 Dec. 12—Texas Republicans respond to failure of seditious suit with calls for secession.

🟡 Dec. 13—Trump once again claims that he won the election “overwhelmingly,” and says there was “massive fraud.” He claims that Democrats voted two, three, or four times, and declares that he will “never give up.”

🔴 Dec. 13—“Stop the Steal” rallies continue to be accompanied by violence across the country as Trump fanatics swear to never surrender.

🟠 Dec. 13—House Republicans sign onto plan to nullify election if the Electoral College votes for Biden.

🔴 Dec. 14—Michigan Republicans propose a plan to overturn electoral vote and send their own slate of electors to Congress, even it requires violence.

🔴 Dec. 17—The Proud Boys stage attacks on Black churches in Washington, D.C. in connection with a “Stop the Steal” gathering.

🟠 Dec. 18—Senate Republicans stage a hearing to promote Trump’s claims of election fraud, including disinformation and testimony from witnesses who had already had their claims thrown out of court.

🟠 Dec. 18—Michael Flynn and Sidney Powell meet with Trump and urge him to move forward on Flynn’s plan to institute martial law and force a “do-over” election where Trump sets the rules. Trump considers bypassing DOJ to make Powell special prosecutor in charge of a sweeping elections investigation.

🟡 Dec. 23—Trump calls Georgia’s lead elections investigator and insists that he “find the fraud” in a lengthy conversation where he complained about other officials. Trump declares that the investigator would be a “national hero” if he overturns Georgia’s vote.

🟡 Dec. 29—Raffensperger announces that the investigator has found no sign of fraud.

🟠 Dec. 30—Sen. Josh Hawley announces he will join House Republicans in objecting to electoral votes, ensuring that counting ceremony will take hours longer than necessary, and inflaming the importance of Jan. 6.

🟠 Jan. 01—DOJ officials warn B.J. Pak, the U.S. attorney for the Northern District of Georgia, that Trump is “obsessing” about his office and may take actions to replace him.

🟠 Jan. 02—DOJ attorney Jeffrey Clark meets with Trump. The two develop a plan in which Trump will replace acting AG Rosen with Clark, and Clark will then move forward to inform Georgia legislators that the DOJ is investigating serious election fraud in the state; simultaneously, Clark will file suit in effort to prevent Congress from counting electoral votes on Jan 6.

🟡 Jan. 02—Trump calls Georgia Secretary of State Brad Raffensperger, asks him to “find” votes. He also warns that U.S. attorney B.J. Pak is a “never-Trumper” who won’t support him. The recording surfaces the next day, after a member of the secretary of state’s office releases recording due to Trump’s continued complaints about Raffensperger following the call.

🔴 Jan. 06—While a joint session of Congress meets to certify the electoral college vote, Trump’s violent MAGA army swarms the Capitol in a deadly assault.