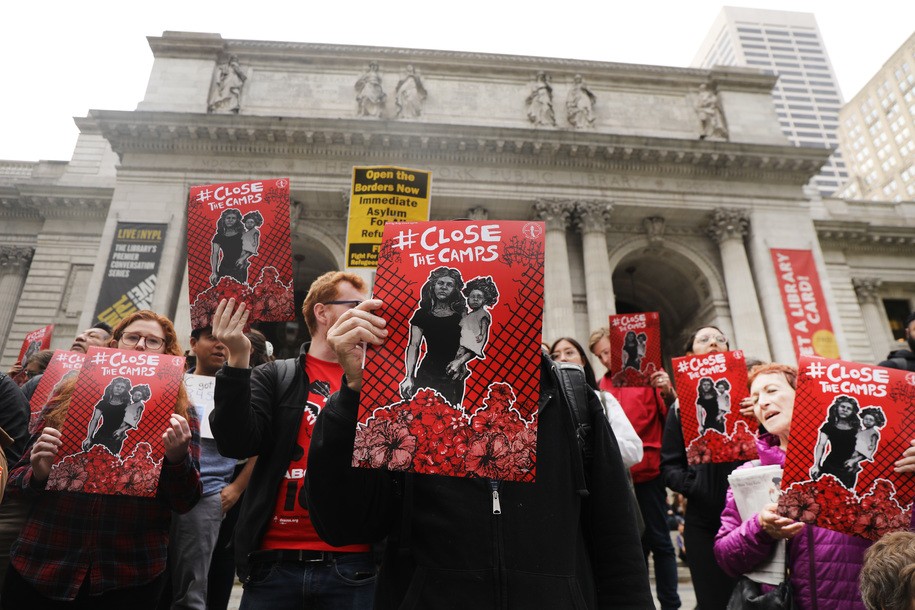 Immigration and Customs Enforcement (ICE) has finally released the remaining nine detained women from the case around Mahendra Amin, the Georgia gynecologist accused of sterilizing and operating on detained immigrants without their consent, the Associated Press (AP) reports. Their release from the privately operated Irwin County Detention Center (ICDC) comes after after legal action alleging officials knew about the abuse as far back as 2018 and did nothing about it.

Their release also comes after the previous administration deported a number of women from the case, including one woman who said Amin performed a hysterectomy on her without her consent. She was later deported to El Salvador. “Deportations of any potential witnesses are halted under court order,” the AP continued, “even after ICE tried to withdraw its support in court for an agreement originally reached by the Department of Justice.”

The complaint filed by advocates last month alleged a pattern of retaliation against immigrants who dared to speak out Amin’s abuse, including the use of deportation. “Respondents have further retaliated against and attempted to silence Petitioners by deporting or attempting to deport them in retaliation for their speech or attempted speech about the abuses they have suffered at Respondents’ hands,” the complaint said.

In the case of Jaromy Jazmín Floriano Navarro and Jane Doe #31, both “were deported within a day after they spoke out or confirmed that they had spoken out about medical abuses at ICDC,” the complaint said. This rush by ICE to quickly deport victims and witnesses was so aggressive that advocates rushed to court to successfully force the Trump administration to not take any further action against the women until President-elect Joe Biden came into office. ​

Biden went big on his first day in office and issued a number of major actions on immigration, including a 100-day moratorium on most deportations (which Republicans are now of course challenging). That moratorium, along with an order rescinding the previous president’s deportation priorities, should’ve been protecting many immigrants who shouldn’t have been a target for ICE in the first place. But the out-of-control agency defied those orders and targeted a young immigrant formerly protected by the Deferred Action for Childhood Arrivals program.

“I sent a letter to @ICEgov Acting Director, demanding that the agency follow @POTUS‘s executive order and halt the deportation of Javier Castillo Maradiaga, who is DACA-eligible & has been in the US since age 7,” New York Rep. Ritchie Torres tweeted on Sunday. “The deportation is illegal and should be stopped immediately.” Torres later tweeted that following pressure from Senate Majority Leader Chuck Schumer and House committee chairs Jerry Nadler and Bennie Thompson, ICE backed down.

UPDATE: @MSNBC reported that Javier will NOT be deported. The word of @ICEgov should never be taken at face value. I will not rest until Javier is back home in the Bronx, with his family. #HaltAllDeportations https://t.co/mgB92lf6OE

That it took Congressional leadership to demand ICE follow White House orders and stop this man’s deportation is the millionth sign that ICE is a dangerous, corrupt, and lawless agency. ICE operates with impunity, and unless we come down hard on it, it’ll continue operating with impunity. This is why we have to remain vigilant when it comes to ensuring the women released from Irwin are able to safely fight for justice. “These women have supported each other, organized, and continually fought to bring the truth to light, despite every effort by the Trump administration to silence them,” attorney Elora Mukherjee said according to the AP.