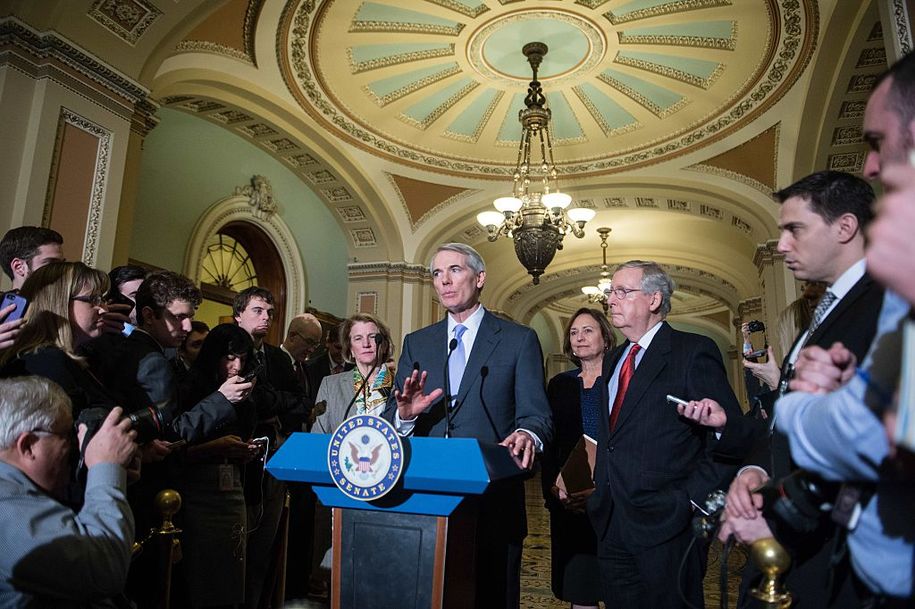 Republican Sen. Rob Portman of Ohio announced Monday that he would not be running for reelection in 2022, setting up a raucous GOP primary for the open Senate seat. For instance, a relatively sane GOP conservative like Lt. Gov. Jon Husted could go to head-to-head with staunch pro-Trumper seditionist Rep. Jim Jordan.

“Well, this will be a total shit show,” one Ohio Republican strategist texted to BuzzFeed reporter Henry Gomez.

In fact, Ohio is just one of a handful of places where a “total shit show” could play out for Senate Republicans as Trumpers go to battle for open seats in states where Democrats have real pickup opportunities. That includes North Carolina and Pennsylvania, where GOP Sens. Richard Burr and Pat Toomey respectively have already announced their retirements. Other states that might see high-profile retirements include Iowa, a seat now held by Sen. Chuck Grassley, and Wisconsin, where current sitting senator Ron Johnson has yet to announce his plans. Republicans have already been devoting considerable energy to trying to talk 89-year-old Grassley into running for an eighth term—that’s how bad their map is.

In fact, this tweet from conservative journalist Josh Kraushaar about sums it up.

Historically, the party of the person in the White House usually suffers some blows in the midterm elections. How that plays out remains to be seen. But Republicans are already facing some considerable headwinds in 2022, particularly in the Senate. That could also prove true in the House, where voters in many of the suburban seats Republicans will be trying to win back appear to be moving further toward Democrats. Again, there’s lot of politics between now and November 2022, but Republicans seem poised to spend the bulk of that time warring with each other over the direction of the party.