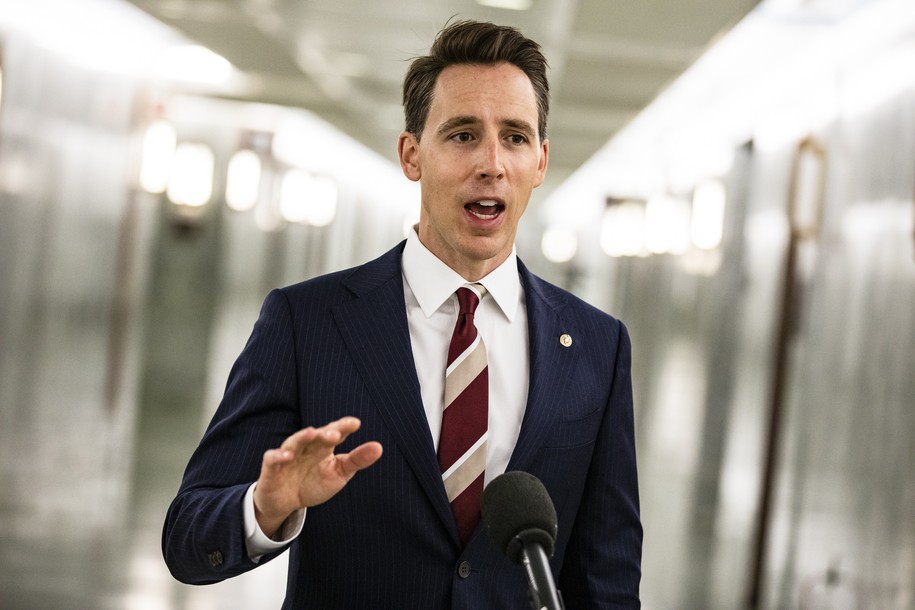 Sen. Josh Hawley of Missouri is one of a few elected Republican officials that Democratic officials believe should be investigated for their part in inciting and leading the insurrection of our country’s Capitol building on Jan. 6, 2021. Sen. Hawley has followed in the footsteps of fellow seeming sociopath Sen. Ted Cruz in being so blatantly immoral and power hungry that his lack of shame is only rivaled by his dark ambitions.

One of the more annoying aspects of Hawley’s unmasking has been the handwringing from many of his former supporters, who pretend that Josh Hawley wasn’t always such a piece of dog run detritus. As the Kansas City Star reports, Hawley has always been like this: racist, pro-militia, and an apologist for domestic terrorism. In fact, they got their hands on a column he wrote when he was a wee lad of 15, defending militia members tied to the Oklahoma City bombing.

After the 1995 bombing of the Alfred P. Murrah Federal Building in Oklahoma City, Hawley took out his big boy pen and wrote a column defending the Michigan Militia, and militias writ large, from the criticisms being thrown their way. Timothy McVeigh and Terry Nichols, found guilty of carrying out the bombing, killing 169 people—including 19 children—and injuring hundreds more, were connected to a Michigan militia, and as history has shown, Michigan militias seem to have a real penchant for violence and coming up with all kinds of plans that include overthrowing local and federal government and terrorizing people to get their way.

Hawley, writing in The Lexington News while a precocious high school student, argued the ‘good people on both sides’ defense, saying that “Many of the people populating these movements are not radical, right-wing, pro-assault weapons freaks as they were originally stereotyped.” He argued that media outlets and elected officials have “dismissed” them and they are collecting together in their anger towards business-as-usual politics. Like all arguments, this one has truth in it. To what degree that truth resonates with Hawley is undercut by his small-minded bigotry and cheap rhetorical maneuvering when defending disgraced racist Los Angeles cop Mark Fuhrman, writing, “In this politically correct society, derogatory labels such as ‘racist’ are widely misused, and our ability to have open debate is eroding.”

Sound familiar? Hawley’s tactic so far is to whine about freedom of speech and the First Amendment, while also saying that political correctness—or what is now been renamed “cancel culture”—is the reason he is so oppressed. While many people wonder how a lawyer with such bonafides and education could have such a poor grasp of our Constitution and the laws governing the First Amendment, most of us know that Hawley is just intellectually dishonest. As so many of these elected Republicans are lawyers from prestigious universities, the evidence is overwhelming that what is considered intelligence within the law school world, amounts to being smart enough to use simple forms of rhetoric to prove whatever sociopathic whim one might have at any given moment.

At 15, Hawley wrote that “Feeling alienated from their government and the rest of society, they often become disenchanted and slip into talks of ‘conspiracy theories’ about how the federal government is out to get them.” Now he peddles those conspiracies back to the very same people he is bamboozling. People like Sens. Josh Hawley and Ted Cruz are the worst because they do know better. They make a very calculated and cynical decision to mislead people for their own political and selfish purposes, and those are their only interests. It is the reason they wrap themselves so tightly in conservative and evangelical Christianity: It gives them a false excuse for the vileness in their hearts.

And here’s something for fun.

Did Josh Hawley write this pic.twitter.com/vxMcsnv6mK