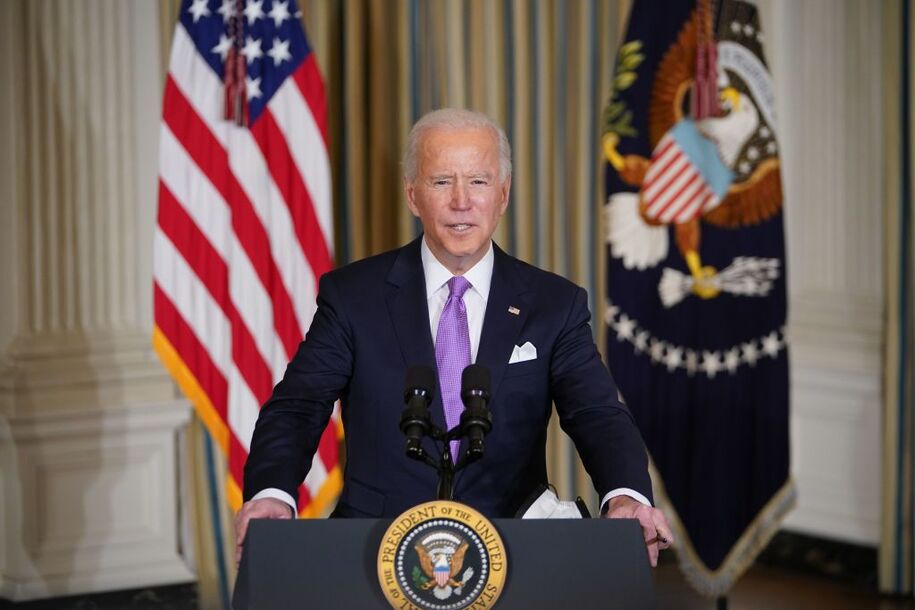 The only “reset” President Biden is establishing with U.S.-Russian relations is the fact that he no longer plans on the person sitting in the Oval Office being “Putin’s puppy,” as Biden himself once called Donald Trump.

In his first call with Russian President Vladimir Putin, Biden pressed the Russian leader on his country’s massive cyber attacks on the U.S. and the bounties Russia reportedly placed on the heads of American troops in Afghanistan. It is the first time an American president has confronted Putin on either matter, even though news of the bounties surfaced last summer and Russia’s aggressive cyber attack on U.S. entities has been ongoing for more than a month.

“Biden told Putin that his administration was assessing the SolarWinds breach and the press allegations that Russia offered the Taliban bounties to kill American troops in Afghanistan,” writes the AP. Biden also said the U.S. would defend itself going forward and might impose more sanctions on Moscow.

Biden, however, isn’t seeking to escalate tensions with Russia, according to AP reporting on the call. In fact, Biden sought to walk somewhat of a line between accountability and keeping open the lines of communication with Putin as he seeks a five-year extension on an arms control treaty that expires in early February.

Putin had reached out to Biden last week, but Biden delayed the call until he could speak with the leaders of U.S. allies in Britain, France, and Germany. Prior to the call, Biden also contacted NATO Secretary General Jens Stoltenberg to reaffirm America’s commitment to the alliance and its efforts to temper Russian aggression.

Biden also expressed his support for Russian opposition leader Alexei Navalny, who was recently arrested upon his return to Russia from Germany, where he received months of medical treatment after being poisoned by a Soviet-era nerve agent.

A readout of the call is forthcoming from the White House.