‘Give her her due’: Biden expected to tap commissioned officer and nurse acting surgeon general 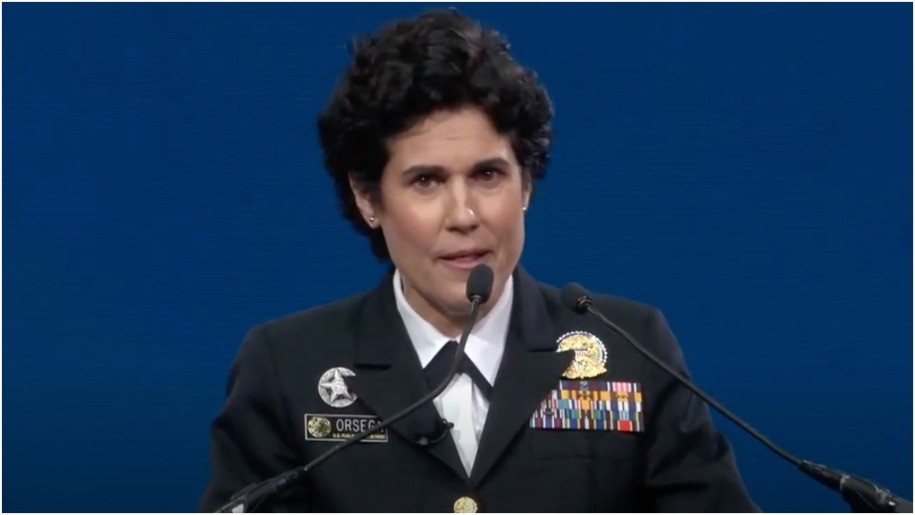 President Joe Biden is certainly not sitting on his hands during the devastating coronavirus pandemic. His administration is expected to tap nurse and Rear Admiral Susan Orsega for the role as the nation’s doctor, two anonymous sources told The Washington Post. Orsega, also an infectious disease specialist, would be one of few nurses to hold the position, the newspaper reported.

Orsega is a commissioned officer in the U.S. Public Health Service corps, which she thanked in 2019 when she was honored with the HRH Princess Muna Al Hussein Award for her contributions to health care internationally. She was deployed to help after terrorist attacks on the World Trade Center on Sept. 11, 2001, and she led clinical research operations during the height of the HIV epidemic in South Africa, she said in her award acceptance speech. “The corp is the safety net for underserved populations,” Orsega said. “It is a mobile, duty-bound group of 6,300 uniformed health officers willing to go anywhere at any time to meet the nation’s most urgent public health needs.” Orsega has served in the corps for more than two decades.

News of her appointment was quickly celebrated in the medical community and on social media. Dr. Ali R. Tayyeb tweeted: “OK… The nurse to become the acting surgeon generals name is Rear Admiral Susan Orsega… It’s not just Susan Orsega, Ms, not Mrs, not Ortega … please get the title and spelling of this Nurse Leaders name correct if you’re posting or writing about this Nurse Leader.” Jann Alexander tweeted: “She is Rear Admiral (RADM) Susan Orsega, MSN, FNP-BC, FAANP, FAAN. A Nurse-Practitioner with training at the M.D. level. Give her her due”

The surgeon general oversees the Public Health Service Commissioned Corps. It’s unclear when the official announcement of Orsega’s appointment will happen. The president announced in December that Vivek Murthy, who served under former President Barack Obama, would be the Biden administration’s permanent pick for the position, but a vacancy was created when Deputy Surgeon General Erica Schwartz, who wasn’t named to the role, retired, The Washington Post reported. Surgeon General Jerome Adams, who former President Donald Trump appointed, was asked to resign.

Trump formerly fired Murthy to appoint nurse Sylvia Trent-Adams to serve as his acting surgeon general, the Post reported. “The committee is ready to go with an aggressive scheduling of hearings once we organize, with nominations being a top priority,” Senate Health, Education, Labor and Pensions Committee spokesperson Madeleine Russak told the Post.