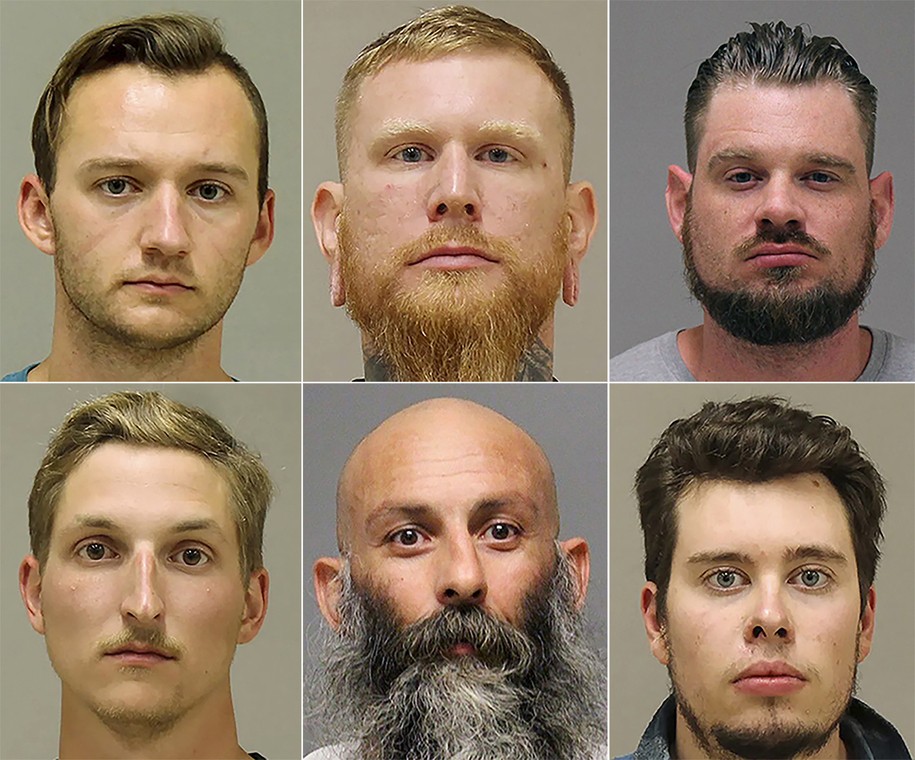 Adam Dean Fox, Barry Gordon Croft Jr., Ty Gerard Garbin, Kaleb James Franks, Daniel Joseph Harris, and Brandon Michael-Ray Caserta are totally in trouble. These are some of the men who planned for months to kidnap Michigan Gov. Gretchen Whitmer. Their reasoning was a general loathing of government, an amorphous misogyny, and anger over the public health mandates Whitmer enacted in the hopes of curtailing the 2019 novel coronavirus pandemic. The FBI announced their arrests in October after tips from less extreme militia members were given to the FBI, and an informant for the FBI infiltrated the group. The group had planned on kidnapping Whitmer and potentially holding televised executions of “tyrants” as well as other violent fantasy plans, depending on what they could accomplish.

U.S. Attorney Andrew Birge released a plea deal with one of the defendants, Ty Garbin, who appeared in a Grand Rapids, Michigan, federal court to enter his guilty plea. His sentencing deal was not agreed upon but, depending on the strength of his help, might be decided in July when he is set to return to court. The Associated Press reports that U.S. District Judge Robert Jonker asked Garbin if he had any second thoughts, to which Garbin replied he did not. According to the FBI, Garbin’s property in Michigan was used to create a “shoot house” that the gang of violent dunderheads used to mimic Whitmer’s vacation home in order to practice “assaulting it with firearms.”

The plea agreement is filled with details of a group of guys setting up various places in Michigan and in Wisconsin where they could practice how they would kidnap the governor, possibly fight and kill law enforcement, take injuries, and blow up bridges, amongst other things. The group called themselves the Wolverine Watchmen, and according to the plea deal, they met and hatched the beginnings of the plot in June of 2020 when they met up at that “Second Amendment Rally” at the Michigan State Capitol.

Reminder: These are the guys Republican Sen. Josh Hawley of Missouri has been apologizing for since he was 15.

The plea deal details different ideas the group had as to how and where they would kidnap the governor, what it would entail, and how much carnage they might need to inflict. This includes a possible plan for dealing with the Secret Service “if Joseph Biden were elected President and appointed her to a cabinet position.” That plan included “putting a shoulder-fired weapon in the back of a pickup truck to use against the lead vehicle in the Governor’s convoy.” Once the plan was in the full swing of things, the group used an encrypted messaging service to discuss things like not participating in protests at the Capitol—they didn’t want any public exposure as a crew. They also discussed having a Taser and zip ties for “neutralizing” Whitmer. One of the least surprising but very serious considerations the group made was whether or not to wait until after the national election, after which the “conspirators expected widespread civil unrest to make it easier for them to operate.”