Ex-QAnon follower to Anderson Cooper: ‘I apologize for thinking that you ate babies’ 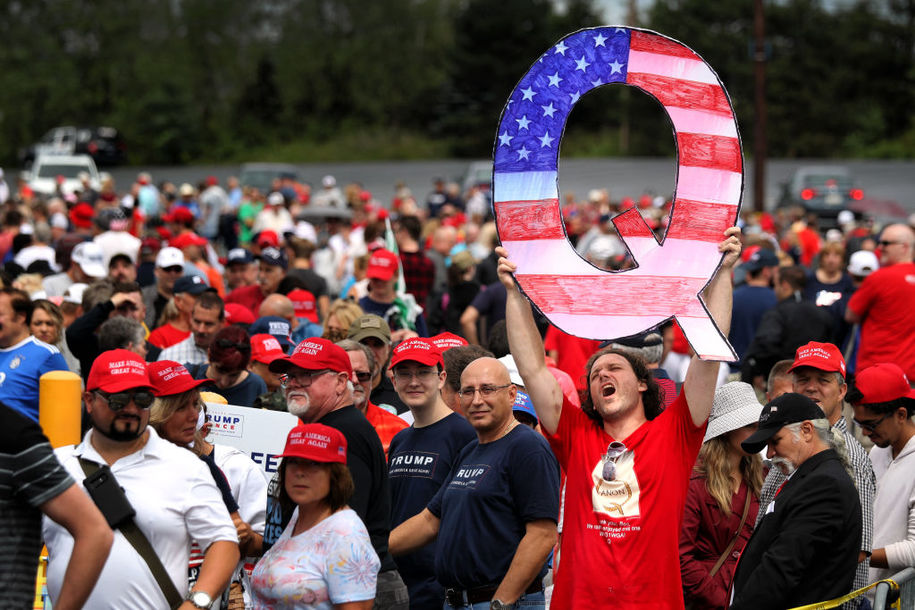 So Inauguration Day has come and gone and Joe Biden is president. “The Storm” never arrived, and Donald Trump isn’t allowed to tweet; many QAnons are lost, bereft, and scarcely able to complete a coherent thought or register an authentic human emotion in the wake of their miasmic post-Q fugue. You know, sort of like how I felt after the Spice Girls broke up.

So where do the Q-cumbers go now? This Saturday, CNN is airing an Anderson Cooper special on the QAnon conspiracy, and they’ve given us a sneak peek.

It’s something to behold.

Former QAnon believer to @andersoncooper: “I apologize for thinking that you ate babies” pic.twitter.com/IcVIwpYykd

COOPER: “Did you at the time believe that … high-level Democrats and celebrities were worshiping Satan, drinking the blood of children?”

JITARTH JADEJA, aka QANON GUY: “Anderson, I thought you did that, and I would like to apologize for that right now, so I apologize for thinking that you ate babies. But, yeah, 100 percent …”

COOPER: “But you actually, you actually believed that I was drinking the blood of children.”

COOPER: “Was it something about me that made you think that?”

QG: “It’s because Q specifically mentioned you, and he mentioned you very early on. Um, he mentioned you by name, and from there, if … he also talked about, like, for example, your family. But, yeah, I’m going to be honest, people still talk about that to this day. There were posts about that just four days ago. So, some people thought you were a robot.”

COOPER: “You really believed this.”

QG: “I didn’t just believe that. I at one stage believed that QAnon was part of military intelligence, which is what he says. But on top of that, that the people behind him were actually a group of fifth-dimensional, intradimensional, extraterrestrial bipedal bird aliens called blue avians. I was so down far in this conspiracy black hole that I was essentially picking and choosing whatever narrative that I wanted to believe in.”

Well, blue bipedal bird aliens dictating the fate of our universe from an unseen dimension sounds waaaay more plausible than Donald Trump being a hero who cares about children, but then I guess this whole Q thing comes down to “just how fucking out there do I want to go?”

Many of these folks thought Joe Biden was going to be seized by the gendarmes and hauled away in irons when he showed up for the inauguration, and that didn’t happen. So some, like the interviewee, are starting to wake up. Others are predictably moving the goalposts. (The next date to watch is March 4, apparently. That will be a red-letter day in QAnon lore—the glorious moment when nothing unusual happens and they move the goalposts yet again.)

But at least some of these folks have integrity enough to admit they were wrong. About Trump. About Biden. About The Storm. And about Anderson Cooper requiring a baby’s blood aperitif to rouse his appetite before he tucks into his nightly liver, fava beans, and Chianti.

Thanks for owning up, dude. Now go out into the world and stop being such a dumbass.

”This guy is a natural. Sometimes I laugh so hard I cry.” — Bette Midler on author Aldous J. Pennyfarthing, via Twitter. Trump is gone, but the righteous mocking goes on forever. Thanks to Goodbye, Asshat: 101 Farewell Letters to Donald Trump, Dear F*cking Lunatic: 101 Obscenely Rude Letters to Donald Trump, Dear Pr*sident A**clown and Dear F*cking Moron, you can purge the Trump years from your soul sans the existential dread. Only laughs from here on out.