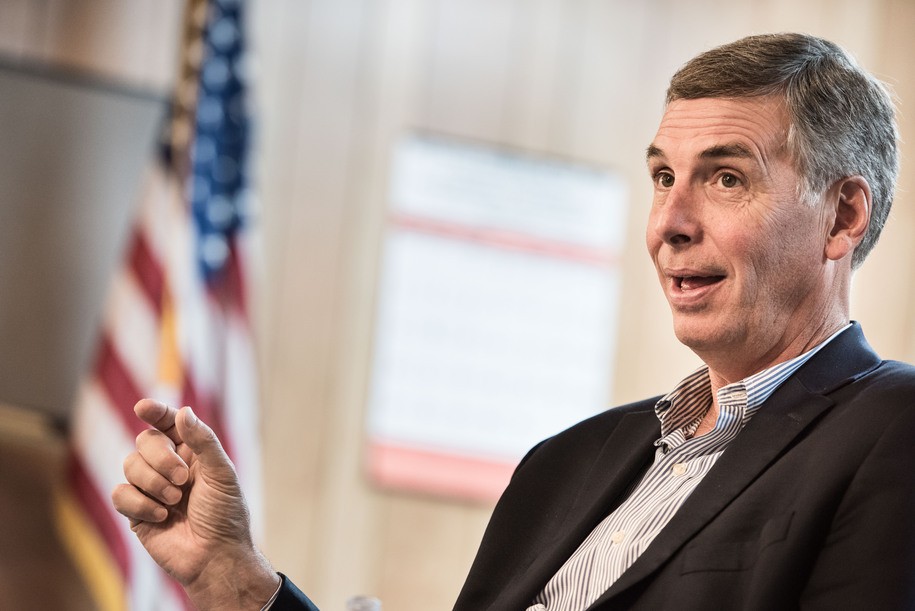 Saturday Snippets is a regular weekend feature of Daily Kos.

• AP analysis finds racial disparity in vaccination drive: The Associated Press took an early look at 17 states and two cities that have released racial breakdowns of people receiving inoculations against the raging coronavirus through Jan. 25. Results: African Americans are getting injections at levels below their share of the general population, “in some cases significantly below. In North Carolina, for example, Black people make up 22% of the population and 26% of the health care workforce, but they are only 11% of vaccine recipients so far. White people, including both Hispanic and non-Hispanic whites, make up 68% of the population and 82% of people who have been inoculated. That’s especially disturbing since severe illness and deaths from the pandemic have afflicted Black people disproportionately. The Centers for Disease Control and Prevention have found that African Americans and American Indians are dying at almost three times the rate of white people. Said Dr. Uché Blackstock, CEO of Advancing Health Equity, an advocacy group that addresses bias and inequality, “We’re going to see a widening and exacerbation of the racial health inequities that were here before the pandemic and worsened during the pandemic if our communities cannot access the vaccine.” The reasons for the disparity includes distrust among Black Americans because of long history of discriminatory medical treatment, poor access to the vaccine in Black neighborhoods, and less access to the internet when a large proportion of vaccination applications are being taken online. Regarding the reluctance of many Black people to be vaccination, Dr. Michelle Fiscus, the chief of Tennessee’s inoculation effort, “We have to be working very hard to rebuild that trust and get these folks vaccinated,” said. “They’re dying. They’re being hospitalized.”

There’s more behind the racial disparity that has been clear in statistics from the beginning.  Priorities were set for distributing vaccines to people in more highly valued roles—doctors and nurses—who are more likely to be white than “essential workers” who are part of support staffs. Some states have placed put those essential workers in the very last category to receive the vaccine. On top of all that, in many states, distribution locations tend NOT to be in Black neighborhoods.

• CDC issues masks be worn on public transportation: The Centers for Disease Control and Prevention issued an order late Friday mandating all travelers to wear a mask on nearly all forms of public transportation starting Tuesday as part of the effort to stop the spread of the coronavirus, which has already killed 448,000 Americans. Masks will also be required at airport and bus terminals as well as train and subway stations. On his first day in office, President Joe Biden issued an executive order mandating masks for passengers in all interstate travel. “America’s transportation systems are essential,” said CDC Director Dr. Rochelle P. Walensky, MD, MPH. “Given how interconnected most transportation systems are across our nation and the world, when infected persons travel on public conveyances without wearing a mask and with others who are not wearing masks, the risk of interstate and international transmission can grow quickly.” The move is, of course, a sharp departure from what was done under the Trump regime up until two weeks ago. Trump made a big show of not wearing a mask and ridiculing people who did. Children under 2 and people who for medical reasons cannot wear a mask are exempt. Operators must remove passengers who refuse to wear a mask “at the earliest opportunity,” according to the CDC order. Said Biden, “The experts say by wearing a mask from now until April, we’d save more than 50,000 lives going forward.”

President Biden has extended the eviction moratorium through March 31. But there is so much more to be done. We all should have access to safe and stable housing. https://t.co/KaKxcegKqx

• Deaths of migrants crossing from Mexico into the U.S. hit record in 2020: A record number of migrants seeking to cross the Mexico-U.S. border in Arizona died on their journey last year, with the remains of 227 found, according to the advocacy group Humane Borders. Since 1998, it’s estimated that at least 7,000 migrants have died trying to cross, and that number is almost certainly an undercount. The area is characterized by isolated wilderness and extreme temperatures. “This was the hottest summer ever, and we saw the most recorded deaths ever. It’s a reminder of how dangerous the border can be,” said Douglas Ruopp, chair of the group, which, among other things stashes water for migrants crossing the arid lands in the region. Donald Trump made a priority out of building a wall to keep out migrants. “That’s a longstanding tradition, these barriers and walls have pushed people into more remote and treacherous terrain,” said Jeremy Slack, an assistant professor of geography at the University of Texas-El Paso and author of Deported to Death: How Drug Violence Is Changing Migration on the Border.

• Biden-Harris administration officials offer slightly mixed messages on Iran: In a speech at the United States Institute of Peace Friday, national security adviser Jake Sullivan hinted at a faster timeline than previously has been outlined for returning to a deal curtailing Iran’s nuclear development program. Donald Trump withdrew from the multilateral 2015 agreement that he verbally trashed despite the fact that international inspectors had found Iran to be in complete compliance since the signing. Like other Democratic candidates, Joe Biden had made clear in his campaign for the presidency that he would return to the agreement signed by the United States and five other nations with Iran, but only conditionally. Sullivan did not mention a key condition Biden had laid out, this being that Iran make the first move by rolling back its moves after Trump’s withdrawal to exceed the agreement’s provisions. These include Iran’s using more and more advanced centrifuges to enrich uranium, and enriching uranium above the permitted 3.75% level to 20%, which makes it much easier to reach the 90% needed for making a nuclear weapon if Iran chose to do so. Other issues are Iran’s actions across the region and its growing sophistication in missile development. “We are going to have to address Iran’s other bad behavior, malign behavior, across the region, but from our perspective, a critical early priority has to be to deal with what is an escalating nuclear crisis as they move closer and closer to having enough fissile material for a weapon,” Sullivan said. “And we would like to make sure that we reestablish some of the parameters and constraints around the program that have fallen away over the course of the past two years.” While this stress on the need to contain Iran suggests an accelerated response, Sullivan offered no timeline. “No one should over-read these comments,” a senior White House official said Saturday. “Mr. Sullivan made a general statement that the U.S. wants to put Iran’s nuclear program back in the box—which we do. Notably, he did not even mention rejoining the JCPOA, let alone in what sequence.” The JCPOA—Joint Comprehensive Plan of Action— is the formal name of the nuclear agreement. And Secretary of State Antony Blinken said from his first full day in office Wednesday that any U.S. return to the deal is still distant. “Iran is out of compliance on a number of fronts. And it would take some time, should it make the decision to do so, for it to come back into compliance and time for us then to assess whether it was meeting its obligations,” Blinken said said at a news conference. “We’re not there yet, to say the least.”

• South Carolina Republicans censure lawmaker’s impeachment vote: Rep. Tom Rice of South Carolina’s 7th congressional district voted with the Democrats and nine other Republicans to impeach Donald Trump for inciting the Capitol insurrection. That landed him in hot water with state Republican leaders. And on Saturday at the quarterly meeting of the state Republican Party’s executive committee, they censured him. “We made our disappointment clear the night of the impeachment vote. Trying to impeach a president, with a week left in his term, is never legitimate and is nothing more than a political kick on the way out the door,” said SCGOP Chairman Drew McKissick in a statement. “Congressman Rice’s vote unfortunately played right into the Democrats’ game, and the people in his district, and ultimately our State Executive Committee, wanted him to know they wholeheartedly disagree with his decision,” he added.

• Gun control advocates say the NRA laid the foundation for Capitol insurrection: Although nobody is saying the National Rifle Association didn’t itself promote the murderous assault on the Capitol, the ideology connecting all the fringe groups and conspiracy theorists who showed up to trash the place and hunt for politicians to string up or shoot in the head was a product of decades of propaganda and agitating by the gun lobby. “The violence that we saw at the Capitol, the firepower that they brought with them, may not have been part of the NRA’s call. But they’re responsible for getting us to this moment,” said Nick Suplina, managing director for law and policy at Everytown for Gun Safety, an gun violence prevention organization founded and funded by Michael Bloomberg. “They should not be allowed to distance themselves from the Frankenstein monster that they’ve created. This is the NRA’s handiwork. Years of conspiracy peddling, fear-mongering that the government is going to come take your guns and your freedom, and the call upon Americans to do something about it, to take action, that’s what we saw on Jan. 6. That base of militia groups and white supremacist groups and other extremists has been listening to the NRA’s talking points for years, and we saw it play out.” Everytown released a report noting that police have seized more than 3,000 rounds of ammunition and arrested nine people on weapons charges related to the insurrection. But that could be an undercount given that only a few people were searched. More than 150 people have been charged since.

• Hillary Clinton calls on Tim Ryan to run for Senate in Ohio in 2022.

• Pardons Trump didn’t give are the real scandal. Here’s one.

• Only Accountability Will Allow the U.S. to Move Forward, by Mitch Landrieu.

• There Is No GOP Civil War. The Party Has Already Chosen Trumpism, by Nathalie Baptiste.

• A Quarter of Known Bee Species Haven’t Been Seen Since 1990.